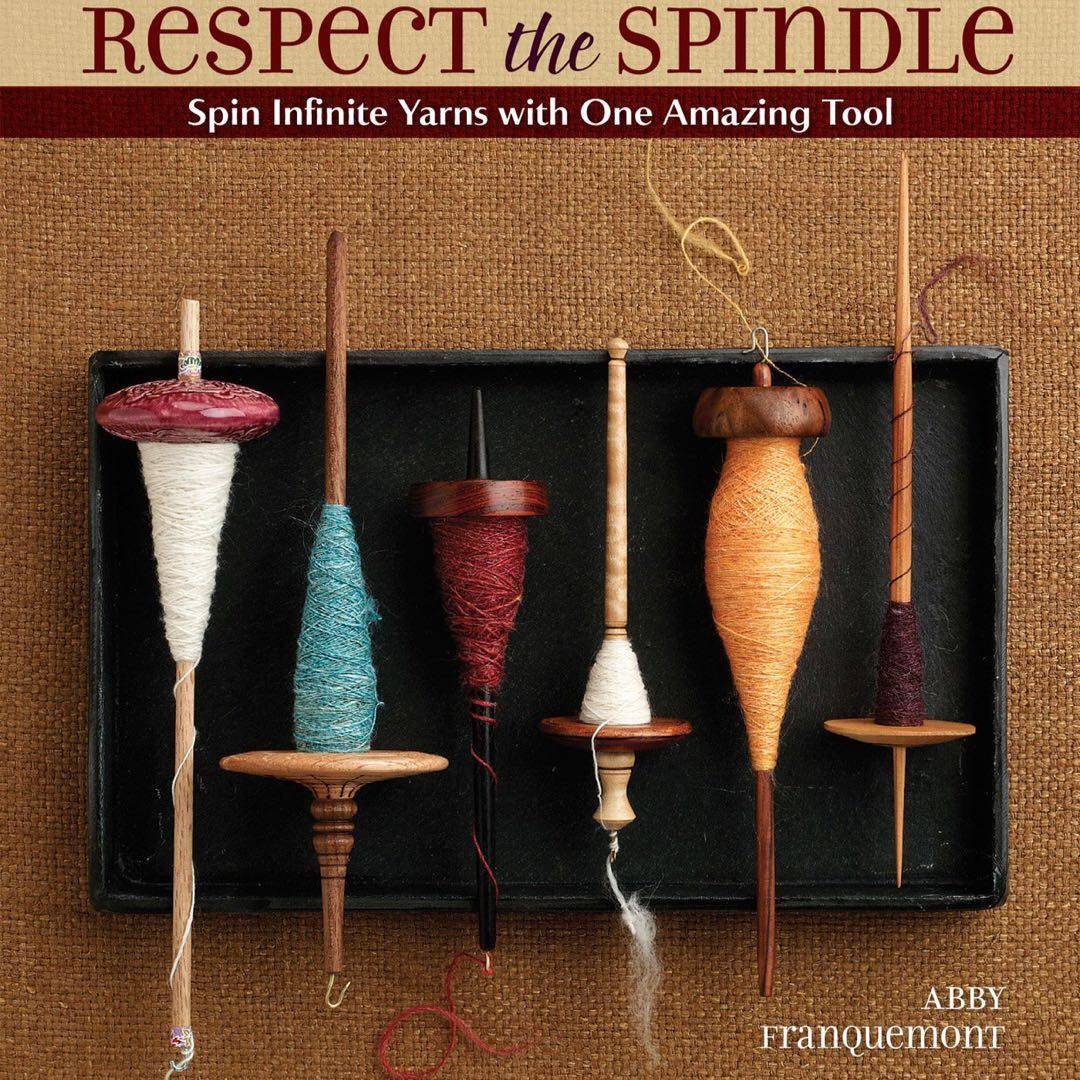 This is one that I really recommend if you‘re interested in learning how to spin. So many other sources seem to consider the spindle to be a ‘learning tool‘, something you‘re just getting by with until you get a wheel, when in reality it was the main form of yarn production for millennia before the wheel came along. I love my spindles, and will quite often reach for them instead of sitting down at my wheel. 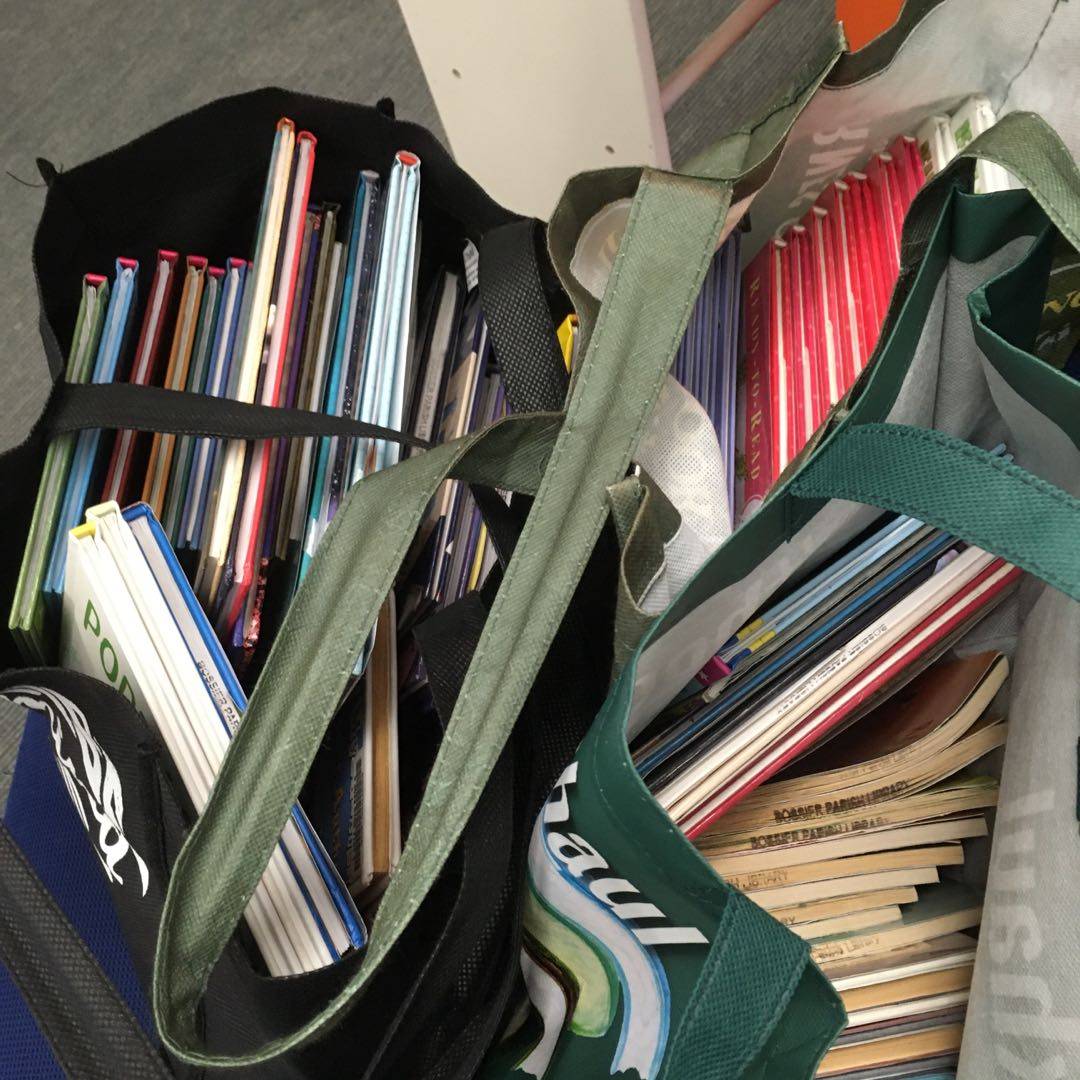 Three bags full...of books. And we still have several at home, and we have a maximum of 40 items per card...so now I‘m trying to figure out if we need to put anything back before we go to the circulation desk.

Making up for last week when the computers were wonky and there was a 5-item limit. 😆

ravenlee I just put three books back, because I *think* we have 12 books at home but I‘m not sure, and I just counted 68 in our bags. I might have a slight problem...and am passing it on to my child. 3mo
Clwojick I love that my library doesn‘t have a limit. I‘ve had 125+ out at a time land they just laugh at me. 3mo
ravenlee @Clwojick our previous library had no limit, and it‘s still giving me trouble adapting here (a year later). I figure if I can carry it I should be able to take it! 3mo
ravenlee I ended up putting back five, and then being under by three. We currently have 76 books (and one DVD) checked out! 3mo
ravenlee And when I took them all out to sort them, I realized the five I put back were the only ones for me! 😩 Good thing I already have a stack of library books for this weekend‘s #24B4Monday readathon. 3mo
24 likes5 comments

The five books you‘d need for a spell to summon me, as per @jenniferw88 ‘s #mypentogrambooks challenge!

(Include yorkshire tea to be super sure)

“sorry we took it all. Sorry it‘s all gone. Until your wool grows back, please put these on”

I love how they put the song in the back

This is a great book about a girl and a giving sheep. The sheep continuously gave his wool for others but found himself with none in the end. When his friends found out they all came together and gave him the things they made from his wool so he wouldn‘t be cold.

sixgun
The Knitter's Book of Wool: The Ultimate Guide to Understanding, Using, and Loving this Most Fabulous Fiber | Clara Parkes

#knittersoflitsy @Lindy I'm a spinner, not a knitter, but I try.

Lindy Sweet! What kind of fibre are you working with? 12mo
sixgun @Lindy This was a mystery bag from a shop liquidating. No one could tell me for sure, but it feels like an Alpaca and maybe Merino blend 12mo
Lindy @sixgun I love knitting with alpaca. So soft. 12mo
sixgun @Lindy it sure is. I'm very lucky to have a couple alpaca producers in my fiber guild. 12mo
Lindy 👍 12mo
9 likes5 comments

Several months ago, I made an elephant from the Woolbuddies book and it became Hufflefluff‘s favorite thing ever. Unfortunately though, he‘s played with it so much that over time it‘s deteriorated into nothing more than a small ball of grey lint that lives under the couch. So for Christmas this year, Santa‘s elves have made him a brand new elephant woolbuddy! #christmas

On this snowy day I‘m thankful for warm #clothing like this snazzy sweater I saw at the sheep and wool festival several months ago. #gratitude30

hermyknee
DivineDiana Did you buy it? 💗 1y
Susanita @DivineDiana I wish! It was a little pricey. 1y
CouronneDhiver Cute! 1y
DivineDiana It looks it! Must be hand made! 1y
31 likes4 comments

I‘m so behind on a couple of NetGalley ARCs and a giveaway book I received...so of course I‘m going to read a different book 🤷🏻‍♀️.
#kindleinmotion #wool #silo