TheHeartlandBookFairy
Tattoos & Tequila: To Hell and Back with One of Rock's Most Notorious Frontmen | Vince Neil 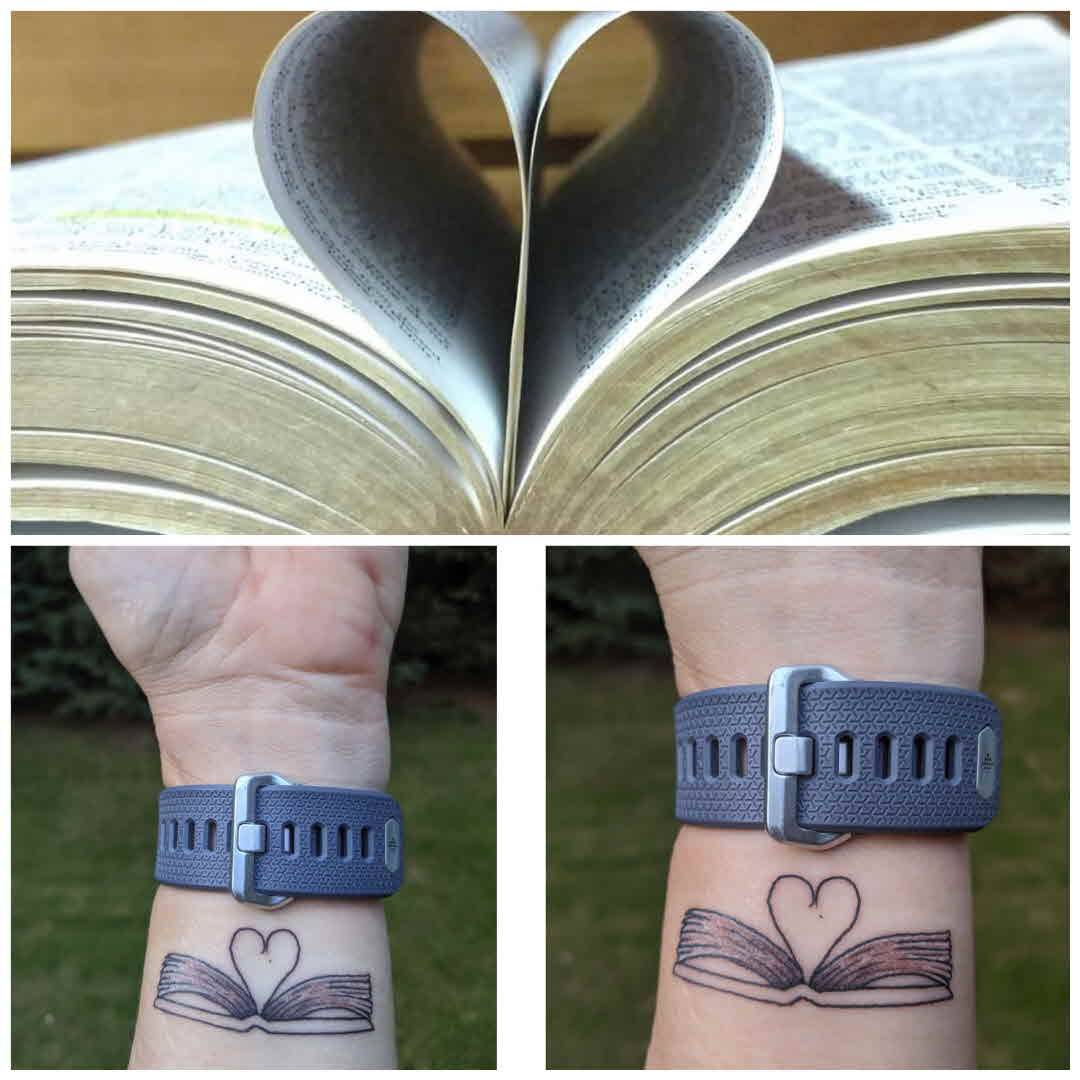 7 years ago I got a cancer ribbon tattoo on my ankle to honor my late husband's memory. Today I got the book tattoo on my wrist for me! Today's tattoo was to honor my lifelong love of books, reading, & promoting literacy & was inspired by a pic I took of my Bible several years ago. I also added a small ❤️near the tail of the cancer ribbon on my ankle to honor all of those I know who have fought or are still fighting & all those lost too soon ❣️ 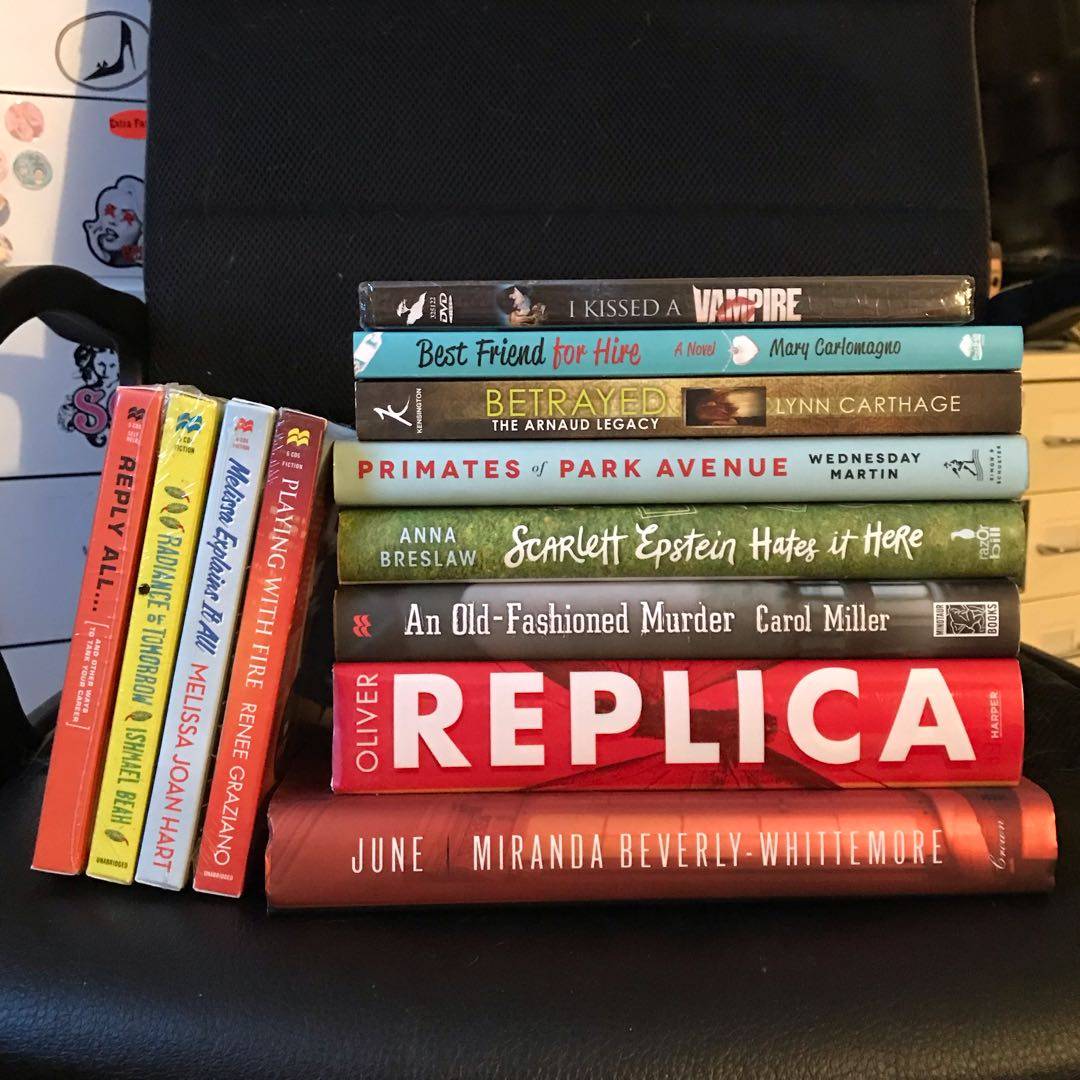 Some recent Dollar Tree finds including some audio books recently. And one dvd I got too. It‘s called I Kissed A Vampire and it‘s apparently a musically.
#dollartree #dollartreehaul #haul #audiobook #audiobooks #dvd #newbooks #fiction #mystery #chicklit #memoir #tellall #ya #youngadult

Wife I‘ve hit the jackpot at #DollarTree many times!📚 9mo
allureofbeauty @Wife same. I was really excited for the audiobooks too. 9mo
10 likes2 comments

Literary_Siren
Tattoos & Tequila: To Hell and Back with One of Rock's Most Notorious Frontmen | Vince Neil

Got a new tattoo today!! 🖤 now to have some tequila! 🥃

Sometimes, you just need some fluff!

I‘ve read both of Holly Madison‘s books, and Kendra Wilkinson‘s first book, and now this one - written by one of the ‘Mean Girls‘ as Holly referred to the other 5 girls who made up Hefner‘s party posse before The Girls Next Door era.

There is a saying that the truth is in between two sides of the same story, so it was interesting to see the themes that were the same, & note the stories that conflicted.

LittlePixels I read one of Holly Madison's books. Didn't realize she had another. This one is still worth reading, then? I agree, sometimes you just need a little fluff. 👍 1y
keys_on_fire Yes, if you‘ve read Holly‘s 1st book (Down the Rabbit Hole) and liked it, I think you would enjoy this one. You‘ll recognize events that Holly talked about and see it from the other side. Izabella actually became a gf to take a break from studying after graduating law school. I thought the book was really interesting. She and Bridget didn‘t get along, so that was also an interesting dynamic. @LittlePixels 1y
LittlePixels I found Down the Rabbit Hole fascinating! I'll have to look for this one. Thanks! (edited) 1y
55 likes2 stack adds3 comments

Harriette Wilson, the most sought-after courtesan in Regency England, got revenge on the aristocracy when her former lovers refused to pay her an annuity. Her “Memoirs” - a book that she was famously told, by the Duke of Wellington, to “publish and be damned” - scandalized London society.

Mini bookhaul from my local used shop last night. These 3 for $7 and they‘re like new. I‘m more interested in the Connelly books but Jackie Collins is so over the top, I thought it would be a good beach read.

Reagan I read so much Jackie Collins when I was younger. It is so entertaining! 2y
CocoReads @Reagan-reads I did too but I think I missed this one. It must have come out after my Jackie Collins phase. Sometimes you just need a good old fashioned over the top book for entertainment value. 2y
57 likes2 comments

‘Crab lice, author‘s experience of‘
is an index entry you won‘t find
in my not-to-be-written memoirs,
although I could tell a tale or two
about the man who gave them to me
(he left them out of his own such books)
[…]

(Internet photo. It wasn‘t easy choosing something for this quote.)

Natasha.C.Barnes
LittlePixels 😳😂 2y
LeahBergen 😂😂😂 2y
Sue 😂😂😂 2y
See All 7 Comments
VioletBramble I'll have to look for this one. Dragon Talk is one of my favorite poetry collections.

Dragon Talk
2y
Lindy @VioletBramble Thanks for the tip. I haven‘t read that one yet. 2y
dixi_e Thankfully (??) my experience originally had me thinking this was about HEAD lice (I have way too much experience with that). Love the bluntness is this poem, though. 2y
Lindy @dixi_e 👍 2y
42 likes2 stack adds7 comments