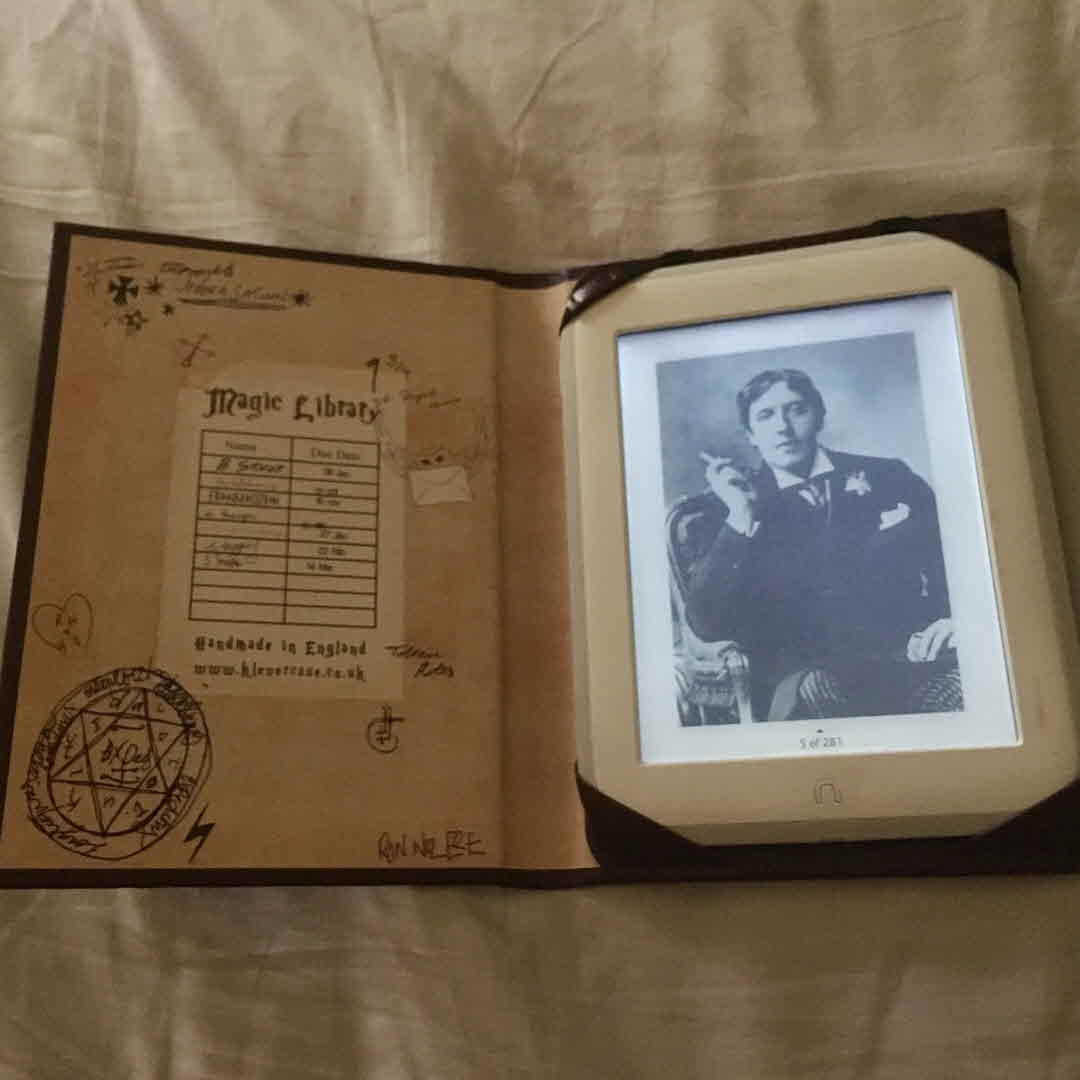 I haven't read much by Wilde, which will not be the case for long because I fell in love his writing style. This story was creepy and disturbing, not only because of Gray's acts, but because you have the opportunity to see how he became that monster. Now that I know my fave, Angela Lansbury, starred in the 1945 film, that needs to be added to my October watchlist! #litsyatoz #lrc23 *I know this isn't freezer worthy to most; I'm a wuss! 😵

JSW This story is a must read. We can all recognize ourselves in it. 2y
jen_hayes7 @JSW I wholeheartedly agree! 2y
14 likes2 comments 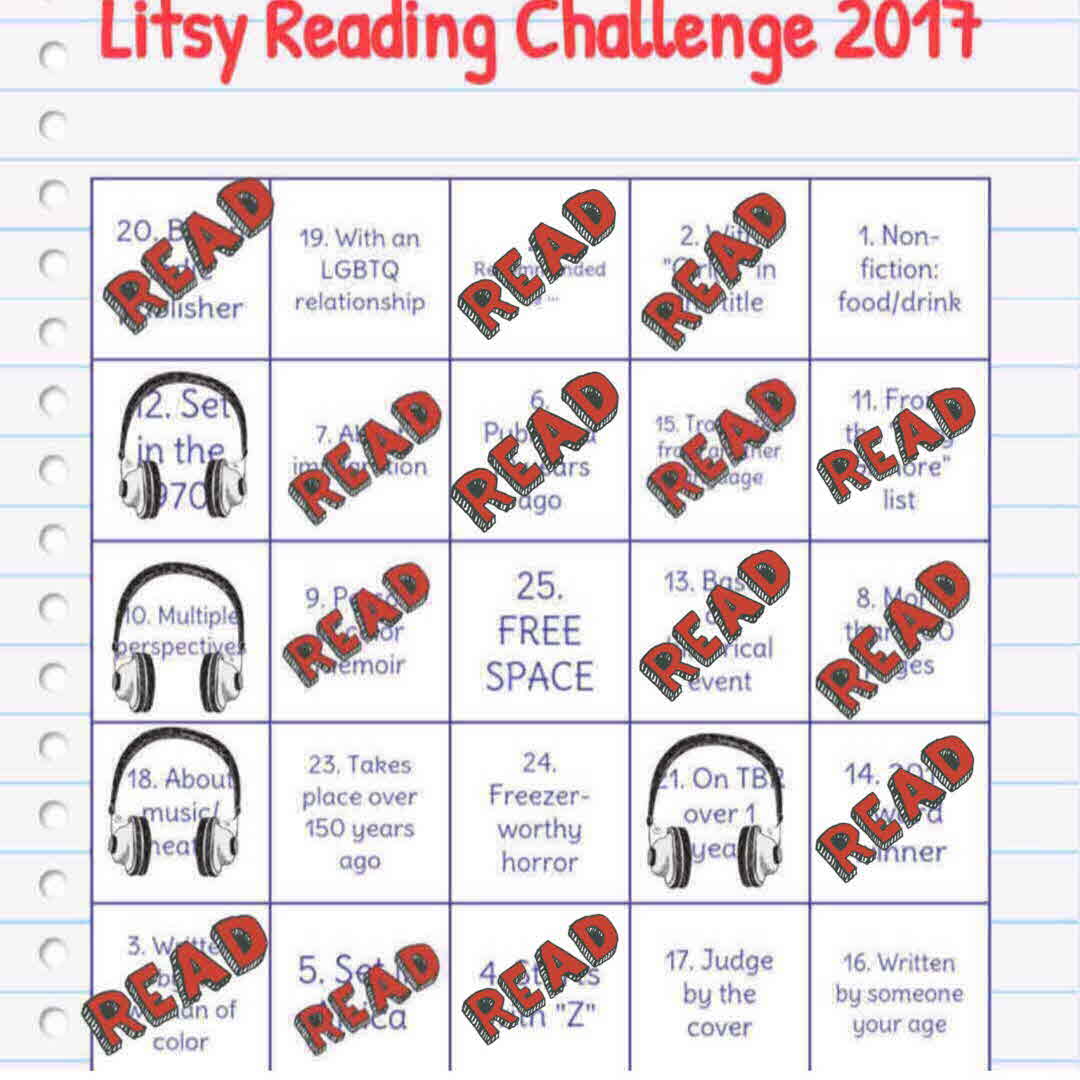 I just realized that The Fellowship of the Ring is on the Rory Gilmore list, which means I checked another box off for my #LitsyReadingChallenge! Should I also use it for "takes place over 150 years ago"? ?

Jinjer Why yes indeedy you should! 2y
RaimeyGallant You're winning! 2y
mrozzz This is such a good way to do it! (Especially love the "freezer worthy horror" space!!) also, you're doing fantastic ☺️?? 2y
See All 6 Comments
dariazeoli @Jinjer Thanks for the permission- that's all I needed! 👍🏻 2y
dariazeoli @mrozzz Litsy user Jessica created this challenge- she's obviously a fellow Friends fan with that box 😊 2y
dariazeoli @RaimeyGallant Eye of the tiger over here! 😁 2y
44 likes6 comments

"Such is the magic of books. They allow the living to converse with those long gone, but not forgotten." I enjoyed this tale of medieval Wales, told from the perspective of a young woman who is being used as a political pawn. #LitsyReadingChallenge #LRC23 #over150yearsago

Was able to fit my new Outlander obsession into the challenge. Yay!!! And thank goodness for audiobooks!

CocoReads
The Girl With All The Gifts | M. R. Carey

I've been mostly out of touch this weekend indulging my inner rock fan but I just finished the #buddyread all I can say is Whoa! I didn't expect to like it as much as I did but I'm going to have to think about the ending a bit before I can rate it.

BibliophileMomma
CocoReads Also counts as a horror novel for #probablyreadingchallenge @ScarletQuill 3y
CocoReads And I'm using it as #LRC23 for the #LitsyReadingChallenge (freezer worthy horror) @jessica 3y
BibliophileMomma @cocoreads I know that ending right?! I can't wait to discuss it with everyone. 3y
See All 8 Comments
CocoReads It may be the booze talking but I've definitely got a wtf feeling going on about it right now. It should make for a great discussion! 3y
Alfoster @CocoReads It's not the booze😂😂😂! 3y
CocoReads @Alfoster I didn't think it was since it was cheap champagne and despite putting away most of the bottle, there was very little alcohol in it. But hey, it was free, and I'm not one to turn away from free drinks! 3y
Alfoster @CocoReads 😂😂You're going to need more when you finish!🍾🍾🍾😱 3y
CocoReads Oh I finished and wished for more! But instead I went to bed and had some very disturbing dreams! Lol 🙀 3y
49 likes1 stack add8 comments

#LRC23 #LitsyReadingChallenge #LetterW #LitsyAtoZ After a slow start, this became so gripping, I couldn't put it down. Lib, a British nurse trained under Florence Nightingale herself, is a fantastic character- conscientious, feisty and skeptical. She is commissioned to watch over a young religious Irish girl, who claims not to have eaten for 4 months. It's an atmospheric read, full of mystery, with such a unique premise. Definitely recommended.

Here is how my bingo card looks at the end of the month! Thanks to this challenge I am choosing books I might otherwise have not read!
#LRC3 Another Brooklyn
#LRC8 Ill Will
#LRC12 Silver Star
#LRC13 Hotel on Place Vendome
#LRC16 Picture Perfect
#LRC17 Lillian Boxfish Takes aWalk
#LRC18 Born to Run
#LRC23 Witchfinder's Sister
17/25

jessberk13
Vexingcircumstance And I didn't know about this reading challenge... 3y
TrishB Looks great 😀👍 3y
CocoReads You are rockin' this! I've got 5 more for #LitsyAtoZ and then I'm going to focus on this one! 3y
See All 17 Comments
KarenUK Killing it! 🙌🙌🙌💕 3y
kspenmoll Great!!! 🙌 3y
Lmstraubie 👏👊👏👊👏 3y
LauraBeth Nice! 😀🎉⭐👏 3y
jessberk13 Look at you go!!! 3y
saresmoore Yeehaw! I'm impressed by the small feat of compiling this list with all the appropriate hashtags, not to mention all the reading! 3y
lynneamch Wow! So cute, too! I just Finished Lillian. ❤❤❤ 3y
Cinfhen Thanks so much @TrishB @KarenUK @kspenmoll @Lmstraubie @LauraBeth I've been basing my reading choices on the boxes, which is kind of ridiculous but I've read some really good books 😊 (edited) 3y
Cinfhen Appreciate the encouragement @lynneamch @saresmoore @CocoReads I've sort of neglected the other challenges but it's only March so I still have plenty of time 😍💜☺️ 3y
CocoReads @Cinfhen that's what I'm doing. I'm pretty much only focusing on one at a time, if something I read fors more than one, that's fine but I can really only concentrate on one at a time. 3y
Cinfhen Exactly @CocoReads we have 10 months to fill the other challenges and I've found plenty of cross overs!!! 3y
Reviewsbylola Great job 👏👏 3y
LeahBergen Oooo, you're doing good! I should check out how mine is looking (I've been writing the titles down but haven't done my card). 3y
Cinfhen @LeahBergen it's fun to see those boxes fill up 😀 3y
113 likes17 comments