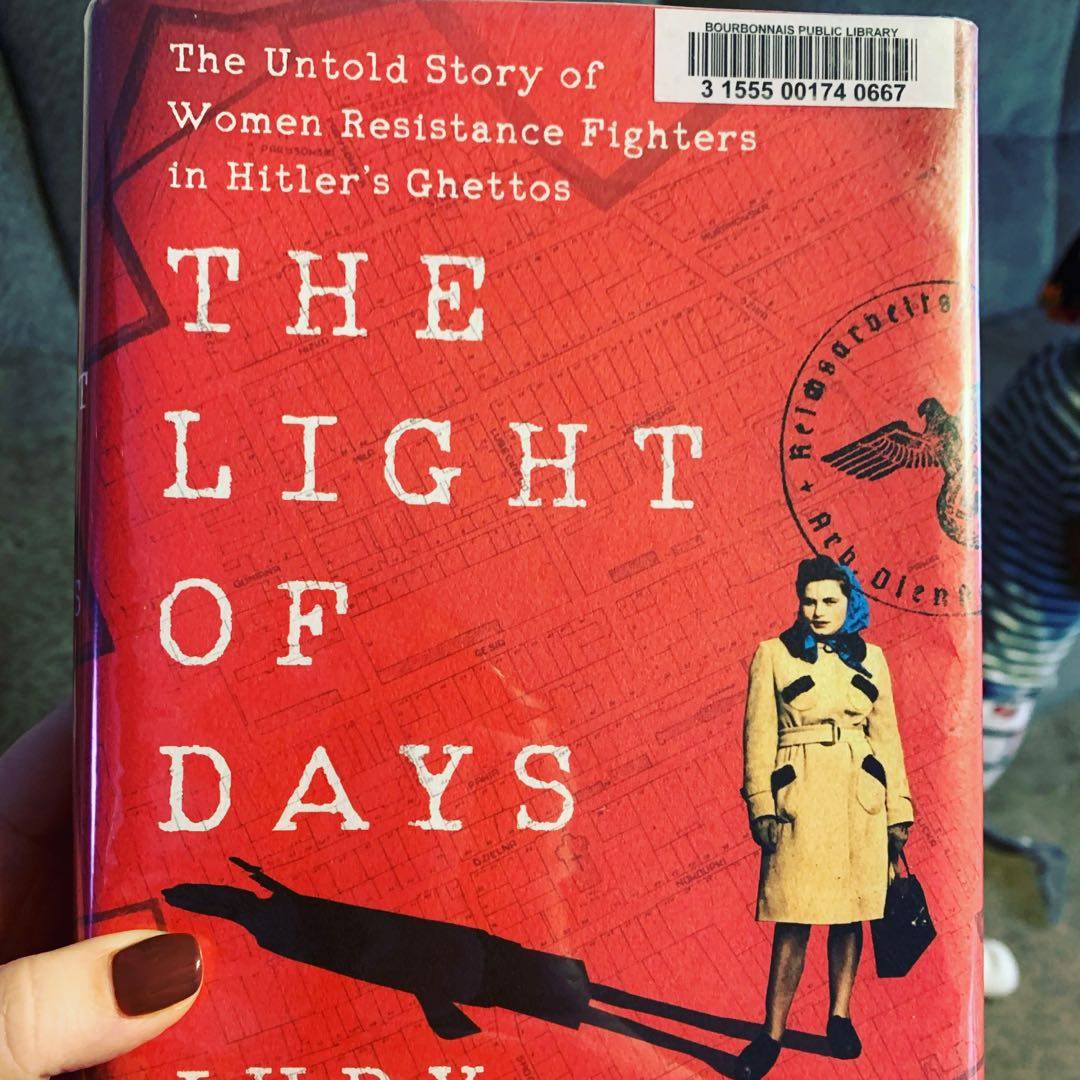 Telling the story of female Polish, Jewish resistance fighters during WWII, Batalion took on a daunting task. Women are historically left out of talks of war, and the sources she used spanned counties, languages, and time periods. She managed to weave a captivating story highlighting some of the women who fought for their people.
I mostly listening to the audiobook, so I had a little difficulty keeping the women straight in my head. 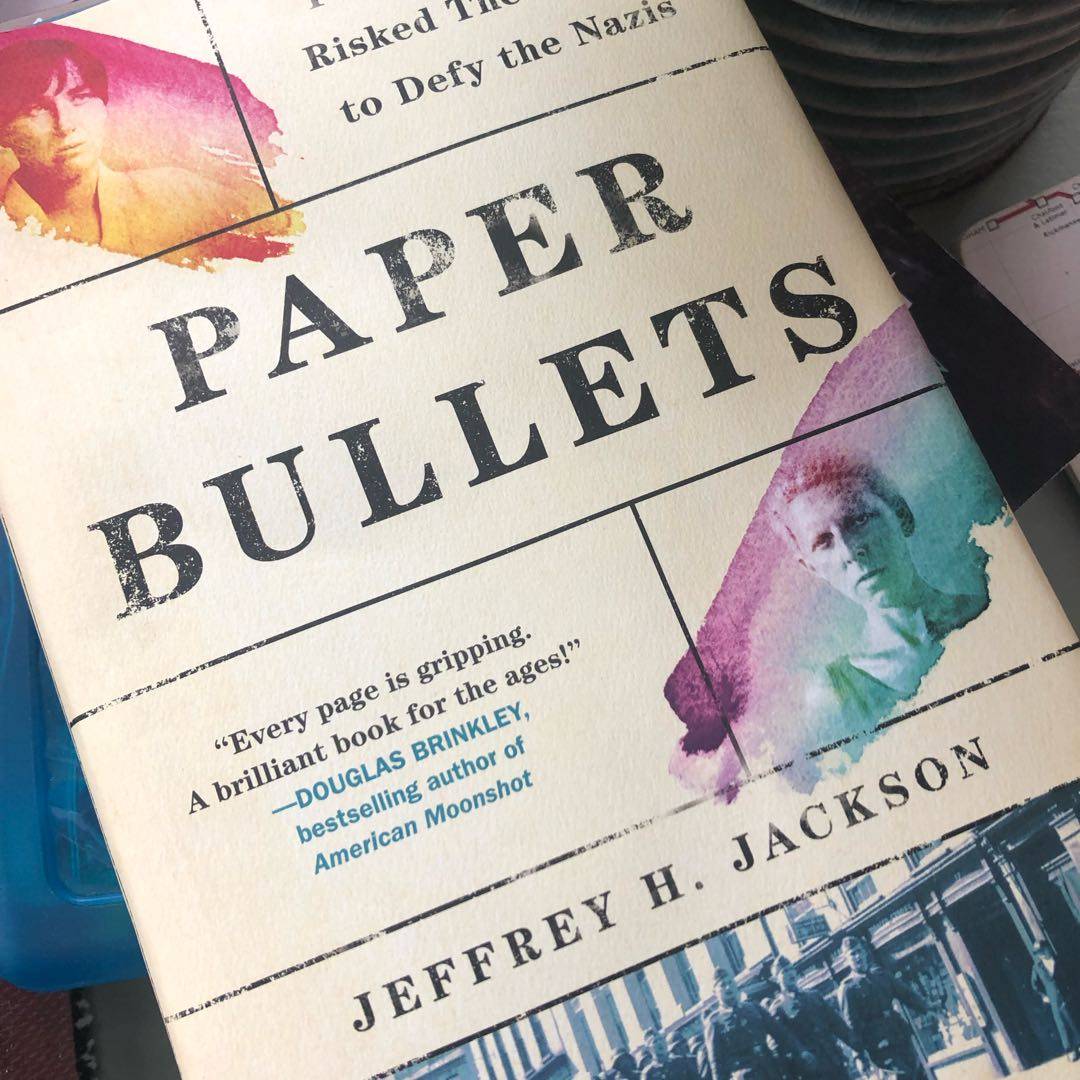 Super fascinating true story of two spirited rebels who defied the Nazi‘s with their quiet resistance. Thanks for sharing @TrishB #Pop22 #SapphicBook #NF22 #ImARuleBreaker Halfway point. Writing is a little dry but the story is too interesting to be boring.

Itchyfeetreader
The Women of the Castle | Jessica Shattuck

This was the book I was just starting as I joined Litsy … then life got in the way, a job change, cancer and during one of the post treatment steroid cleaning frenzies I tidied it away! In a we might be moving cleaning gig this Christmas I found it and today I finally finished. Ultimately a story of regret this was an interesting take on post war Germany. I appreciated the reference to the Resistance but found it to be a bit too neat a tale

Itchyfeetreader Side note I totally recommend the museum of the German resistance in Berlin. An over looked museum I think and incredibly powerful place to visit (edited) 1d
35 likes1 stack add1 comment

Fallada turned real life events into fiction. Alone in Berlin is based on the true story of a working class couple in their 40s who wrote postcards against the Nazi-regime and distributed them anonymously all over the city for two years. Raw, brutal, tough, crude. Fallada switches perspectives masterfully from one character to another from thoughts to dialogues. An important but difficult book, not for everyone

KathyWheeler My copy of this book was titled Every Man Dies Alone. I really liked it, but agree with you that it‘s definitely not for everyone. The movie was good too. 2d
SqueakyChu This was a very upsetting yet moving book which I feel privileged to have read. 2d
Anna40 @KathyWheeler I haven‘t seen the movie. But might now that you said it was good. @SqueakyChu a friend of mine sent me a copy from Germany, apparently it was rediscovered and printed without the edits. So the version I read is the original, the way Fallada wrote it and not the way it was published in 1946 or 1947 11h
See All 6 Comments
SqueakyChu @Anna40 That must have been an exceptionally moving read. 9h
Anna40 @SqueakyChu yes it actually was. I read a review somewhere that the language is banal. Or Fallada‘s Style - not sure anymore. That made angry because it‘s not. He was not Stefan Zweig or Thomas Mann but that doesn‘t mean his style is banal, it‘s different, it‘s probably very realistic. He wrote down what he heard and how people spoke. So maybe his account is even a document of how the Gestapo and SS spoke to people. Everything but banal! 8h
SqueakyChu @Anna40 I probably would agree with you had I read the original. My feelings about what I‘m reading so often are based on the emotions that words evoke and not so much on “pretty language”. 8h
27 likes6 comments

This was good. Don't let the title fool you into thinking it's lame. It's about a group working to put out a satirical version of the Nazi Belgian propaganda newspaper. Inspired by something that actually happened.

Well-written, interesting read about a horrific time in our world history. This book had all those feels. It is a story about how terrible times can bring out the best and the worst in people, about finding hope and light in the darkest hours.

A holiday gift from a friend,McKibbens first fiction book didn‘t disappoint. A fable for our times ! You have got to love a state that has a mud season & food for thought about resistance, community,& craft beer !Local , of course!Great characters!

Well done YA novel in verse on the resistance efforts of Sophie Scholl, her brother, & their friends. Definitely sparked my interest to learn more about them. #BookSpin

Where they burn books, in the end they will also burn people.

I haven't read any WWII historical fiction in ages. I guess I've been burned out on it. My other book was a DNF.
I got this last Christmas from my bestie and am just now getting around to giving it a go.