The Two Towers: Being the Second Part of The Lord of the Rings
J.R.R. Tolkien
9 users recently

Billypar
The Book of Illusions: A Novel | Paul Auster 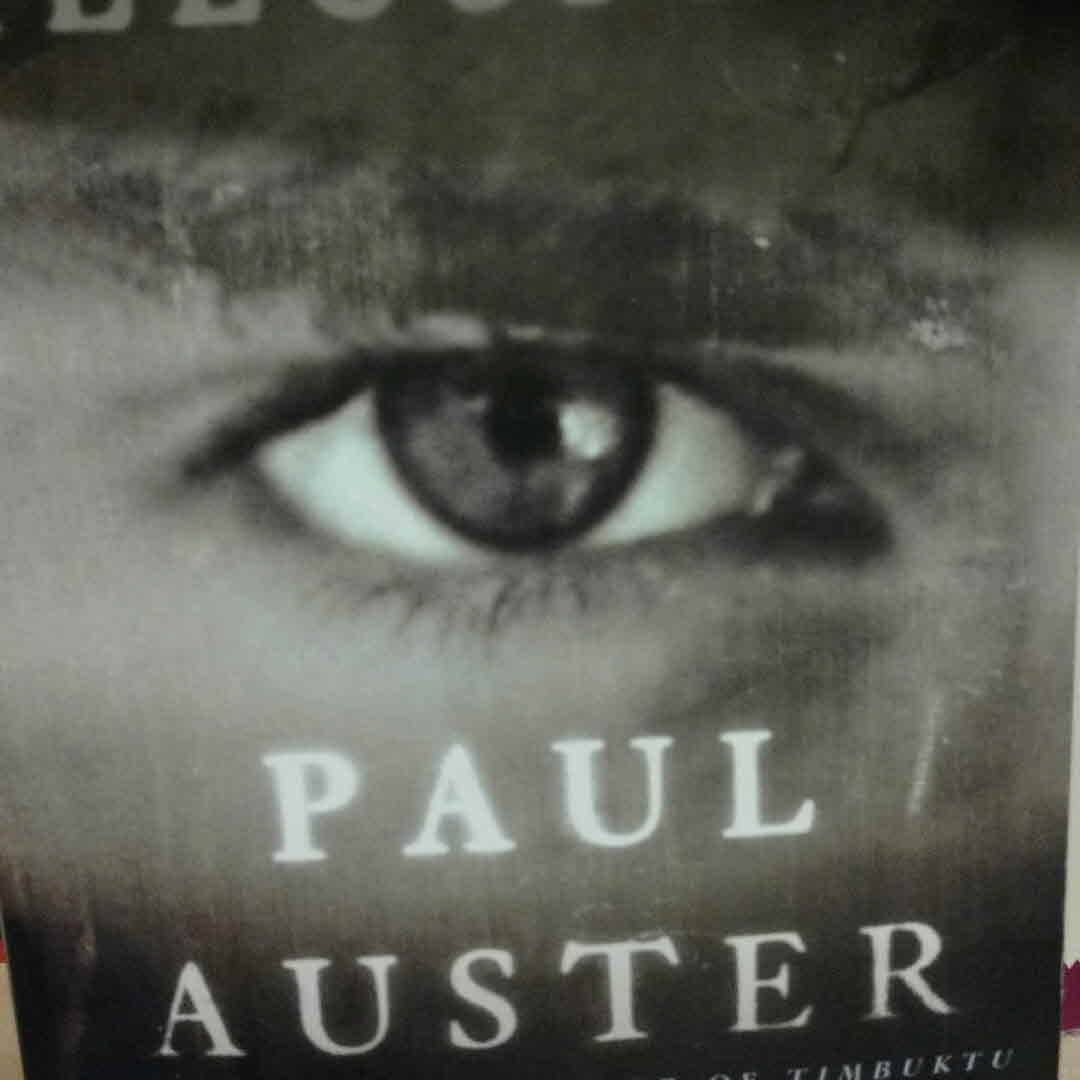 mcipher This one was really good. I have to find more of his books to try. 1y
Billypar @mcipher This might be my favorite Auster (I actually don't like the cover much). I also really liked Leviathan, Mr. Vertigo, and NY Trilogy, among others. 1y
BarbaraBB I‘m an Auster fan too. My favorites, beside this one, are NY Trilogy and

4321
1y
Billypar @BarbaraBB Yes- I really liked The Music of Chance too. He's got a lot of good ones. 1y
Billypar @Cinfhen I haven't tackled 4321 yet, so I can't draw a comparison to others. But the length is not typical for him, so you wouldn't have to suffer through another chunkster if you tried him again. 1y
40 likes1 stack add6 comments

Blueberry
I Know What You Did Last Summer | Lois Duncan 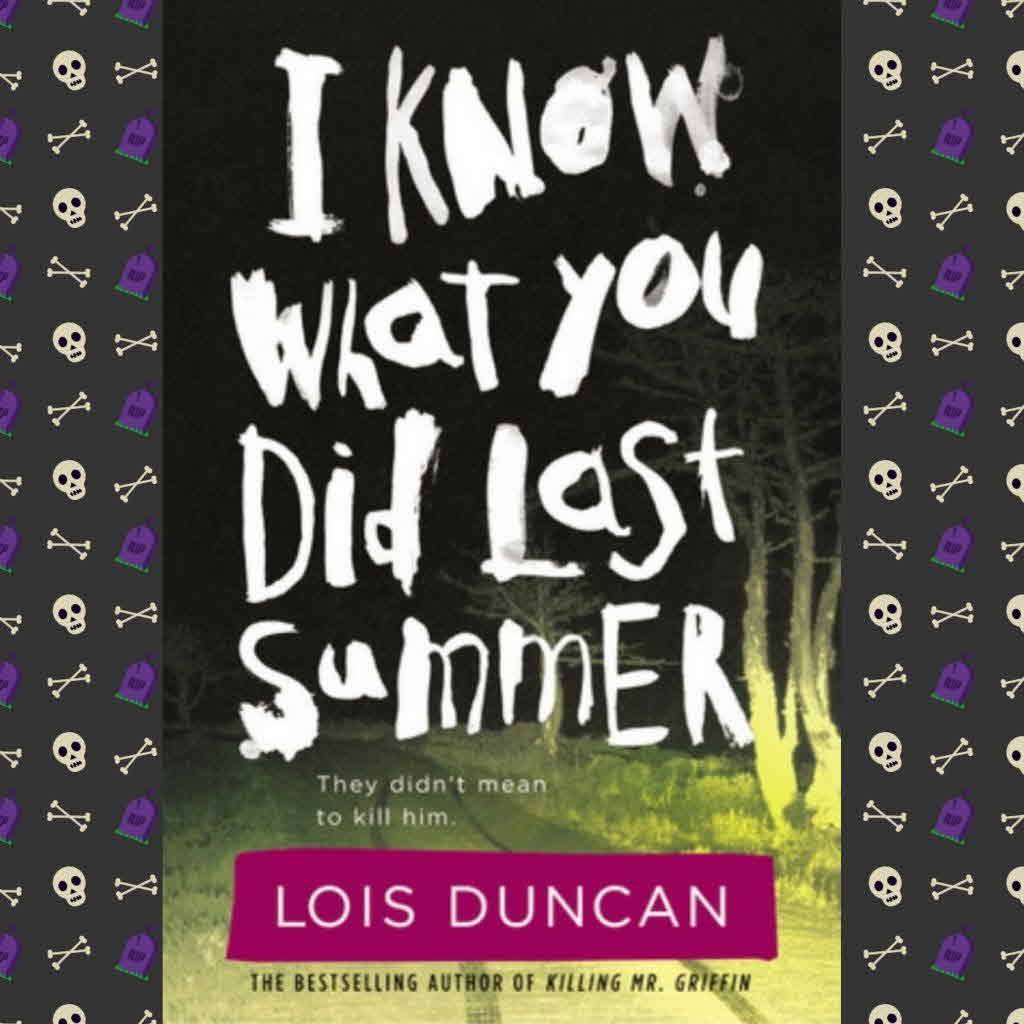 Robothugs Ohhh great pick!! 🙌🏻 1y
Cinfhen I read the book & saw the movie!!! In this case I think movie was better 😛 1y
Cinfhen And a GREAT pick 👏🏻👏🏻👏🏻 1y
Blueberry @Cinfhen I might skip the book in that case. Thanks. 1y
44 likes4 comments

#somebodyswatchingme and the scariest book I have ever read. #octoberxfiles

Cinfhen, Robothugs
Robothugs I have not read this yet 🙈😅 I promise I will! I have it! 1y
Chrissyreadit @Robothugs I had nightmares for several years after reading it. I will be interested to hear what you think 1y
Cinfhen Haven‘t read this since HS....I probably should do a re-read👀 1y
70 likes1 stack add3 comments

Leftcoastzen
I'll Be Gone in the Dark: One Woman's Obsessive Search for the Golden State Killer | Michelle McNamara

#SomebodysWatchingMe #OctoberXFiles That is one of the most disturbing things about the Golden State Killer.Witnesses & survivors figured out he was stalking,watching the houses, when people would come & go , figure out the layout of the home, he wanted no surprises.Some evidence suggests he broke in when a home was empty to leave an out of the way window unlocked for easy access later.

Cinfhen, Robothugs
Robothugs This is a good pick. 😱 Have you seen the HLN series on it? 1y
Leftcoastzen @Robothugs I have not seen it . Good? 1y
Robothugs Very interesting! You get basically the same info. You also get to hear his voice, which was so creepy to me especially after having read this. It‘s called Unmasking A Killer 1y
Cinfhen It‘s my upcoming read for IRL bookclub ~ I‘m gonna try to watch the series too @Robothugs 1y
Robothugs @Cinfhen Remember if you can‘t I‘ll record so you can hear it! 1y
39 likes5 comments

I ate this shit up as a kid! I am so glad that my reread upheld my love for this book.

The thing that stood out as an adult—wtf is wrong with the parents. They are total assholes. I couldn‘t stand Heather either, but by the end my feelings for her evolved as Molly‘s did. But the parents, no. They suck.

Cinfhen, Robothugs
Cinfhen I don‘t remember this book at all but it sounds terrifying for kids!!!! 1y
Robothugs 😱😱 My one niece would love this 1y
Mdargusch I hated that stepfather- what a jerk. 1y
81 likes1 stack add3 comments

Librarybelle
A Pleasure and a Calling | Phil Hogan

I know, I know...I use this book A LOT for creepyish prompts, but it fits so perfectly! Mr Heming fits for #SomebodysWatchingMe . #OctoberXFiles

Robothugs
The Girl on the Train: A Novel | Paula Hawkins

Everyday on her commute into London, Rachel watches those who live in the houses she passes on the train. She even starts to feel like she knows them. After witnessing something shocking and someone found dead, Rachel finds an opportunity to be a part of the lives of those she watches and potentially able to provide vital clues.

Join in on the photo challenge on whatever days you‘re up for it! http://litsy.com/p/eUtoT09EU3B1

EadieB
Someone Is Watching: A Novel | Joy Fielding

A pulse-pounding thriller perfect for fans of Lisa Gardner and Mary Higgins Clark with a sly nod toward Alfred Hitchcock‘s classic film Rear Window, Someone Is Watching boasts the extraordinary edge-of-your-seat storytelling of bestselling author Joy Fielding at the height of her powers.

jenniferw88
Harry Potter and the Prisoner of Azkaban | J.K. Rowling

#somebodyswatchingme #octoberxfiles
Continuing the 80s theme.....loved this book and author. But stopped reading him not long after this one as they became a bit ‘samey‘. Any comments on his more recent stuff - worth a read?

Cinfhen, Robothugs
Cinfhen He was REALLY a 70s /80s master!! It‘s amazing he‘s still knocking out books 1y
Caroline2 Yes!! I used to read his books too (many moons ago!) and I stopped reading cause they felt samey! I wonder if his new books are any good? 🤔 I used to love him!!! 1y
avgeyer His new Jane Hawk series is good! More thriller than horror, though. 1y
See All 12 Comments
TrishB @avgeyer thanks 👍🏻 1y
TrishB @Caroline2 me too 👍🏻 1y
TrishB @Cinfhen I know - he does a lot for literary programmes too, which is good. 1y
Lisaw13 His Odd Thomas series is really good

Odd Thomas: An Odd Thomas Novel
1y
TrishB @Lisaw13 thanks - I‘ve looked at that a couple of times! 1y
LeahBergen I read this in the 80s, too (and also stopped reading him shortly thereafter)! 1y
LonelyReader I recently bought this book from Amazon after reading 'The Door To December' which I mostly enjoyed except for a somewhat tepid and unconvincing ending. I am yet to read it so can't really say if Dean Koontz books are repetitive or not. I hope I enjoy it more than I did TDTD. 1y
TrishB @LonelyReader this one is definitely worth a read! 1y
LonelyReader @TrishB Thanks! Would pick that up next! 1y
96 likes12 comments