The Fellowship of the Ring: Being the First Part of The Lord of the Rings
J.R.R. Tolkien
9 users recently
About | Help / FAQs | Privacy | Terms | Press | Resources
#ABBAinApril

emilyhaldi
The Turn of the Screw: An Authoritative Text, Backgrounds and Sources, Essays in Criticism | Henry James 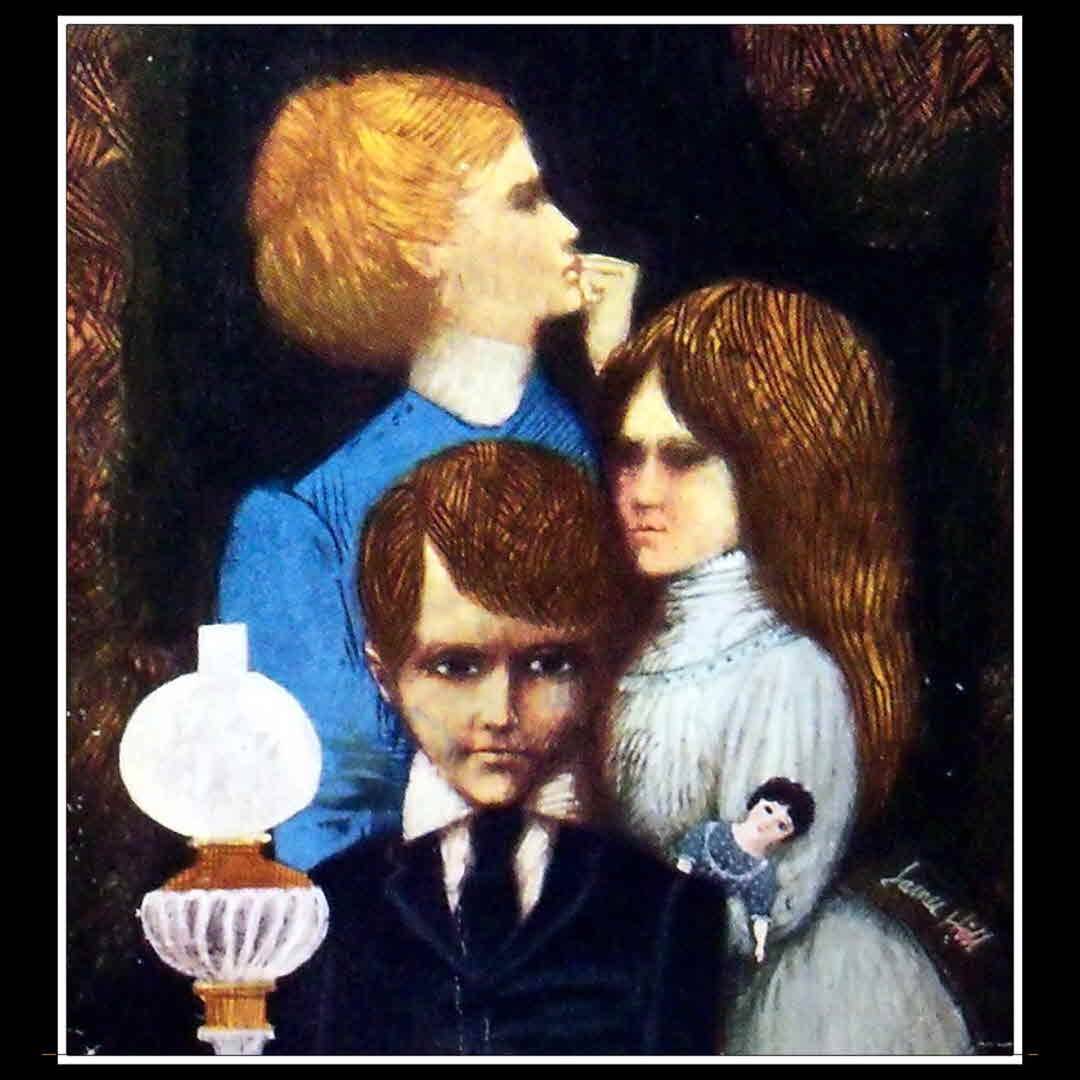 A young Governess arrives at an old English estate for her new job caring for Miles and Flora. Once she notices the presence of a ghost, surely she was thinking #whydidithavetobeme who was sent to this haunted family! The shocking ending of this story will leave you hanging and wondering if there is indeed a ghost present, or perhaps something more sinister...

This reminds me that I need to get back to #SerialReader again!

Silas Marner
1y
Leniverse @Cinfhen Silas Marner has a lot of literary merit. It's perfect for university essays. Lots to analyse. But it's terribly boring, yes. 😂 1y
Reviewsbylola I wish I remembered this one more! 1y
See All 15 Comments
Mdargusch Stacking! Great blurb! 👍🏼 1y
myellenbee I've read this book several times and it always creeps me out. Classic horror. 1y
BarbaraBB This was such an unexpected scary book for me! 1y
Meredith3 Oooh ghosts! 👻 1y
ValerieAndBooks Looks like a good one to read during Halloween/fall !! 1y
Cinfhen THANK YOU @Leniverse 😘I feel vindicated 💕I can‘t go on... @Reviewsbylola suggested a different female author using male pseudonym so I‘m bailing on George Eliot 😀 1y
Leniverse @Cinfhen I feel like I should add that I loved Middlemarch, and quite liked The Mill on the Floss, so I don't advocate giving up on George Eliot altogether! 1y
emilyhaldi @Leniverse I swear I will read Middlemarch some day!!! @Cinfhen I will not be attempting Silas Marner anytime soon 🙅🏻‍♀️ 1y
Cinfhen Too late @Leniverse I‘ve 💯moved on 😊 1y
Leniverse @emilyhaldi @Cinfhen Middlemarch is forever. It will be there when you are ready for it. 1y
MaGoose Absolutely loved The Turn of the Screw. When this book was discussed in English courses in college, the profs (usually male, sorry you guys out there), said that the governess was an unreliable narrator. I think there's something else going on besides that. 1y
emilyhaldi @MaGoose yes for some reason, to me the story is almost even creepier if the cause of the terror is the narrators unreliability / insanity!! So I kind of wanted that to be the cause... perhaps bc it‘s more realistic (and therefore creepy in a relatable way) than the ghost story. 😬😬😬 1y
112 likes7 stack adds15 comments 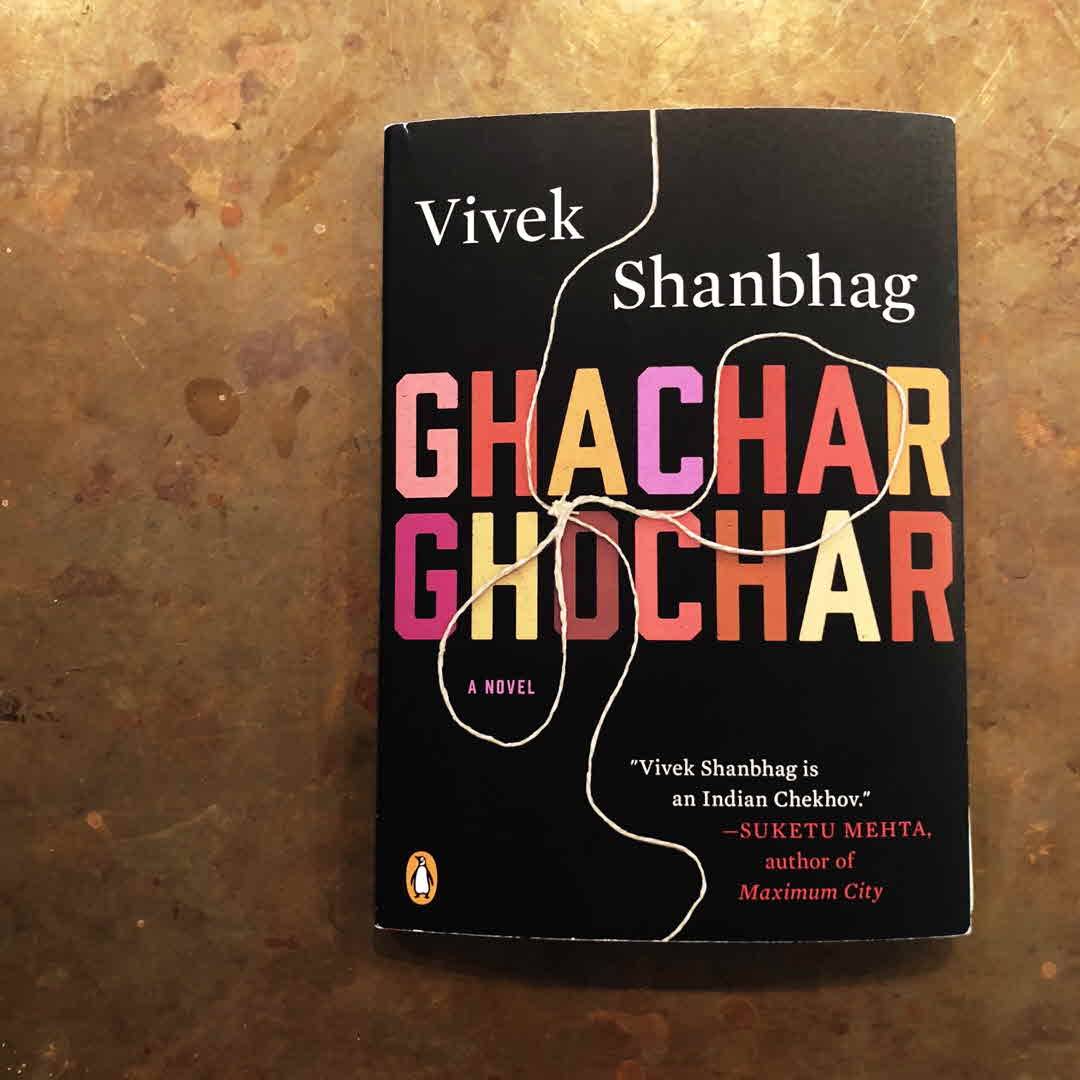 There is a lot to consider packed this little novella. A young man's family rises from the slums of Bangalore to the rich neighborhood in a matter of weeks and the family dynamic shifts irrevocably. As the young man marries and brings his wife into his tightly knit family, suddenly it becomes clear that she is not #oneofus and therefore may not ever fit in... an unsettling story!
#ABBAinApril

Cinfhen, Reviewsbylola, Mdargusch, Meredith3
Reviewsbylola Never heard of this one. 1y
Mdargusch Me either @Reviewsbylola so is it scary? 1y
emilyhaldi Not scary @Mdargusch just foreboding 1y
See All 7 Comments
mdemanatee I picked this one up when it was a Discover pick at B&N and really enjoyed it! 1y
Meredith3 Oooh foreboding- I like the sound of that! 🖤 1y
Cinfhen You‘ve sold me!! Although book has already been stacked 😉 1y
batsy Great description! I have this one and should get to it 👍🏽 1y
94 likes4 stack adds7 comments

emilyhaldi
Under the Banner of Heaven: A Story of Violent Faith | Jon Krakauer

Wow is this book thorough! It explores the roots and history of Mormonism including the concept of Polygamy and it‘s repercussions. Joseph Smith wasn‘t originally supportive of plural marriage until God spoke to him one day and gave him that direction... after that he was all #IdoIdoIdoIdoIdo 👰🏼 👰🏼👰🏼 And later, god spoke to the Lafferty brothers and directed them to murder 🔪 was it lunacy, or just religion??
#ABBAinApril

Cinfhen, Reviewsbylola, Mdargusch, Meredith3
Reviewsbylola This definitely is probably too thorough for me. 1y
Meredith3 I like the sound of this book! Murder and polygamy? What else do you really need? 1y
emilyhaldi @Reviewsbylola @Meredith3 the premise is great but it's SO DENSE that by the end you're like "can we just talk about the murder already?!" 1y
See All 13 Comments
Meredith3 @emilyhaldi oooh eeek yeah that‘s a little off putting 1y
Mdargusch I agree @Meredith3 1y
britt_brooke I enjoyed the explanation of the LDS and FLDS history more that the true crime aspect of this one, but can definitely see what you mean by it being dense/thorough. 1y
BarbaraBB Are you done now with the books on Mormonism or do you have the next one ready to start 😉?! 1y
Cinfhen So it was a little dry!?! Would u recommend?? 1y
emilyhaldi Lol @BarbaraBB I have to get on @britt_brooke rec's fast!! @Cinfhen I'm pretty sure it would bore you ... Def a #borrownotbuy 1y
Cinfhen I‘ve removed from my #TBR 1y
Cathythoughts Interesting! I did like The 19th Wife. But won‘t be rushing to read this one 👍🏻 1y
Reggie Your use of idoidoido made me chuckle. 1y
emilyhaldi Thanks @Reggie I thought I was pretty funny too 😂😂 1y
109 likes3 stack adds13 comments

#IWonder if Mildred ever found true love or the confidence to finally stand up for herself. The beauty of this book is the genuine portrayal of flawed characters that don‘t necessarily have a neat ending tied up in a bow.
#ABBAinApril