The Hate U Give
Angie Thomas
21 users recently 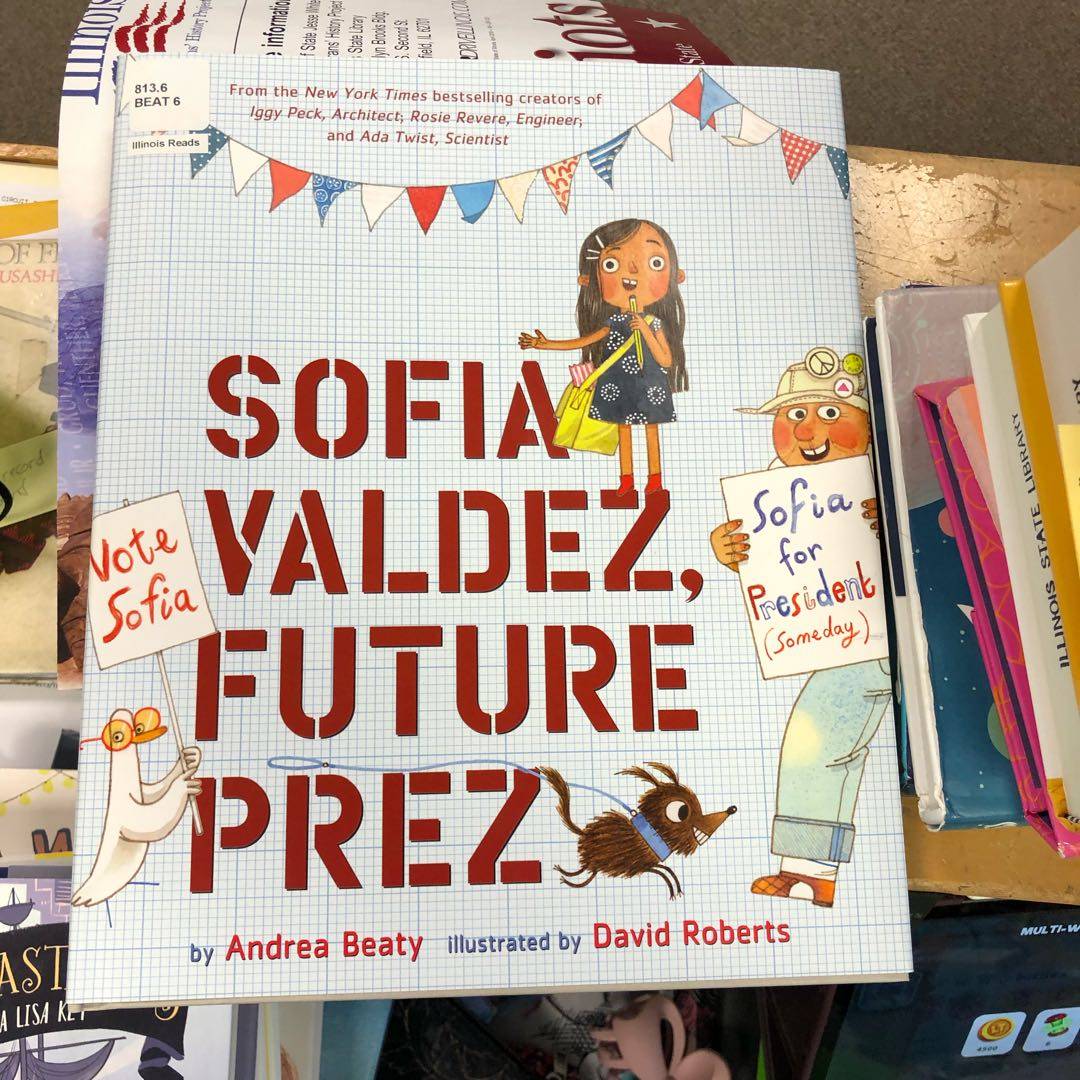 4 ⭐
This is a great addition to a great series. I find that they cadence in this book can be broken in places and it takes the reader from the story, but overall it‘s a fine read. Sofia wants to change a landfill to a park, but realizes she cannot do it alone. She goes to city hall to get her dreams accomplished and realized what it takes to bring others together for the betterment of her community.

GatheringBooks
If You Come to Earth | Sophie Blackall 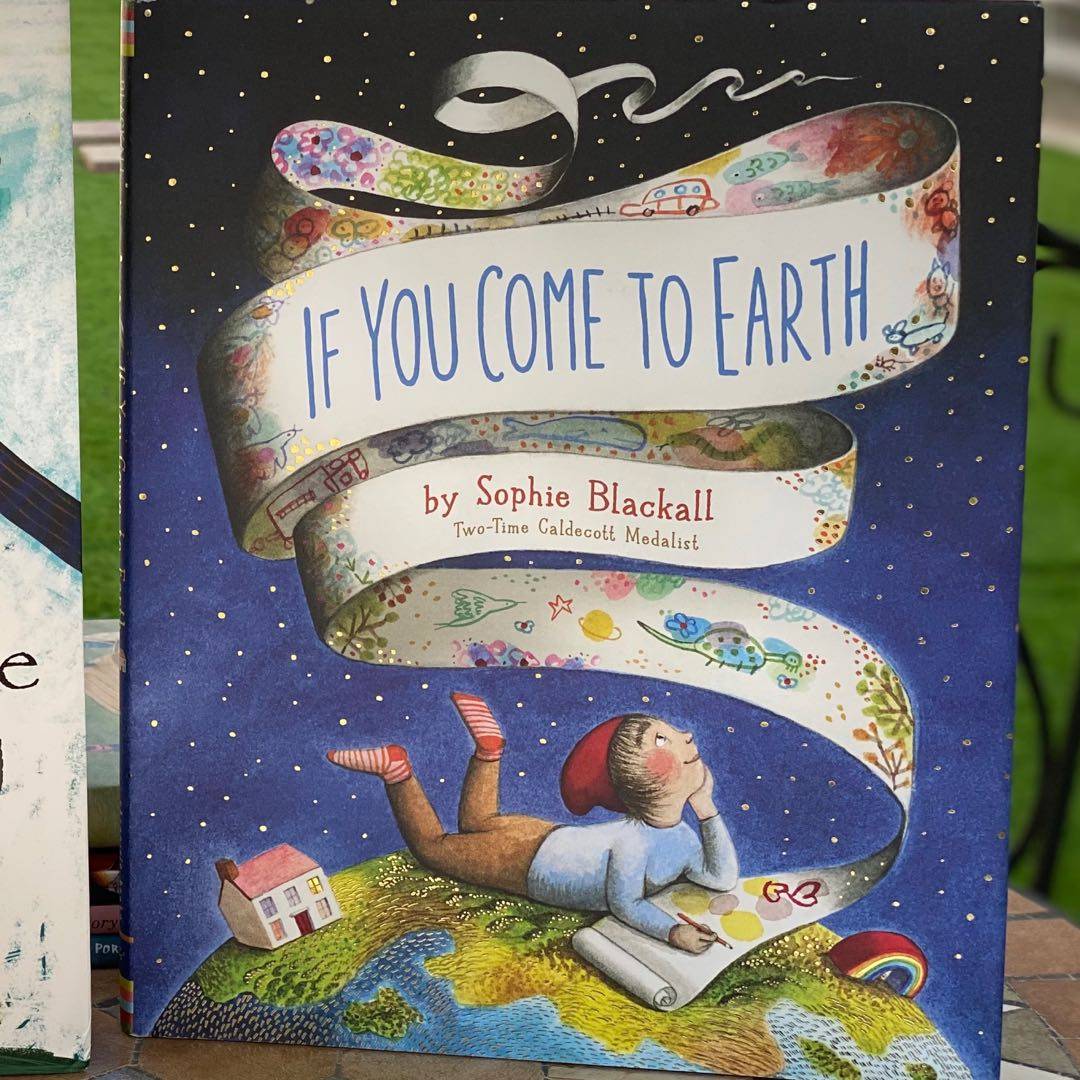 #GratefulHarvest Day 29: #Porch of the earth.

Authenticity....what does this word even mean? What does it mean to be authentic? In a world where everyone is a by-product of their influences and experiences.....is anyone actually authentic? Or is it just a made-up word to cover for the existential plagiarism we indulge in while becoming the person we eventually become?

nathandrake1997 ....Maybe....or who knows? Its just something which existed but wasn't meant for us as a species? This is an interesting existential conundrum that honestly was the only aspect I found in Clare Pooley's otherwise disappointing THE AUTHENTICITY PROJECT. 6d
nathandrake1997 ....The idea is quite interesting! A 79 year old man writes his "truth" in a journal labelled "The Authenticity Project" and leaves the journal on a table at a cafe whose owner, a 40 year old woman, picks up the journal, reads through the 79 year old man's "truth" and then proceeds to write her own "truth".... 6d
nathandrake1997 ....Then she leaves the book at a bar nearby which is then picked up by someone else and this whole cycle of writing and leaving one's "truth" continues until..... without spoiling anything......a disappointingly predictable conclusion. But, to be honest....I don't mind predictability if it is born out of something fresh or clever....but this book was the kind of "predictable" that feels generic.... 6d
See All 12 Comments
nathandrake1997 ....Also, these 79, 40 and so on year olds do have names....but the reason why I chose not to list them is because of how forgettable they end up being. Each character arc starts out in a promising manner.....flawed, vulnerable, plagued with issues one could relate to....but then, these arcs are taken in such a conventional direction that I began to lose interest barely a few chapters in.... 6d
nathandrake1997 ....And what especially made it an even more disappointing was how promising the idea itself was. A journal in which every character writes what they perceive is the "truth" about themselves actually has a lot of creative potential as an idea.... 6d
nathandrake1997 ....For example....had the book been a novella in which we read the journal itself....where characters from different walks of life wrote about their versions of their own "truth" and while the writing would have been fragmented.....it still would have been tied together with an existential thematic undercurrent....but this is just one of the myriad of possibilities that could emerge from an idea as promising as this! 6d
nathandrake1997 ....But seeing this rather conventional direction chosen for such an unconventional idea was honestly a major disappointment.... 6d
nathandrake1997 ....But even if a conventional direction was chosen, may be wrap things up before the writing runs out of steam? This would probably have been a forgettable yet breezy Sunday afternoon read at a novella's length....but at almost 400 pages, the writing gets stretched way too thin and as a result....after a while, it felt like a slog to continue.... 6d
nathandrake1997 ....With that being said....the biggest issue with this book is how every major plot beat is set up using a contrivance.....at times..... especially in its final stretch.... bordering on the ridiculous! But what further dampens the impact of said contrivance is how uninspired the contrivance itself feels.... 6d
nathandrake1997 ....A coincidence or two is understandable....in fact it can make for some fun reading....and serendipity is actually one of my favourite plot devices...but here.... because of its repeated occurrences and how uninspired these moments of serendipity feel....the contrivance become the biggest hurdle in a book with already a fair share of hurdles.... 6d
nathandrake1997 ....So....aside from the idea itself.... what works? There are a few sequences that do work its charm. There is a particularly moving sequence...while set up using yet another contrivance.... which shows a flash of the promise of this idea's potential.... 6d
nathandrake1997 ....Overall.... I was immensely disappointed with what could have been a genuinely inventive novel but ends up being a rather conventional book that overstays its welcome quite early. 6d
11 likes1 stack add12 comments

The holidays are tough for many of us for many reasons. If you are alone or feel alone, if you are struggling, if you just need someone to listen, please use the #HolidayHugs hashtag.

We are here for you.

It's a look at early-19th-century American utopianism through the stories of five movements: the Shakers, the Owenists, the Fourierists, Icaria, and Oneida. My knowledge of these groups and of utopianism in general was minimal and mostly belittling. So I was fascinated by Jennings's account of how many movements there were, their ideological diversity, and the surprising relations between them. It's good stuff, engagingly written, and recommended.

caitlin.reads.books
Art of Gathering: How We Meet and Why It Matters | Priya Parker

So glad to be done with this book. I was reading it for three weeks, but it felt like three months. There were a few interesting concepts, but it was a struggle for me to really get through the whole book. I finished since it‘s for a book club (that already passed 😂). 3⭐️

Great read- also a good reminder that people aren‘t always how they present themselves, & how we all impact each other‘s lives whether it‘s by our actions or inactions. This book ends on a happy note- sometimes you just need everything to work out 💕

Bibliophibifemme
I Hope We Choose Love: A Trans Girlas Notes from the End of the World | Kai Cheng Thom

Been waiting for the right time to read this one. Think that time is now.

In an online event, Marilyn Baillie spoke about the Canadian children‘s picture book award that‘s in her name. Her room decor is eye-popping, isn‘t it?