We Do What We Do in the Dark | Michelle Hart
6 posts | 7 read | 17 to read
A novel about a young woman's life-altering affair with a much older, married woman. Mallory is a freshman in college, reeling from her mother's recent death, when she encounters the woman. She sees her for the first time at the university's gym, immediately entranced. Soon, they meet, drawn by an electric tension and shared past wounds; before long, they begin sleeping together in secret. Self-possessed, successful, brilliant, and aloof--the woman is everything Mallory wants...and wants to be. Desiring not only the woman but also the idea of who she is when they're together, Mallory retreats from the rest of the world, solidifying a sense of aloneness that has both haunted and soothed her since childhood and will continue to do so for years even after the affair ends. As an adult, Mallory must decide whether to stay safely in isolation or step fully into the world, to confront what the woman meant to her and how their relationship shaped her, for better or worse. Mallory's life is transformed by loss and by love and by discovering who she is while enduring both. In this enthralling debut novel, the complexities of influence, obsession, and admiration reveal how desire and its consequences can alter the trajectory of someone's life.

KarenUK
We Do What We Do in the Dark | Michelle Hart 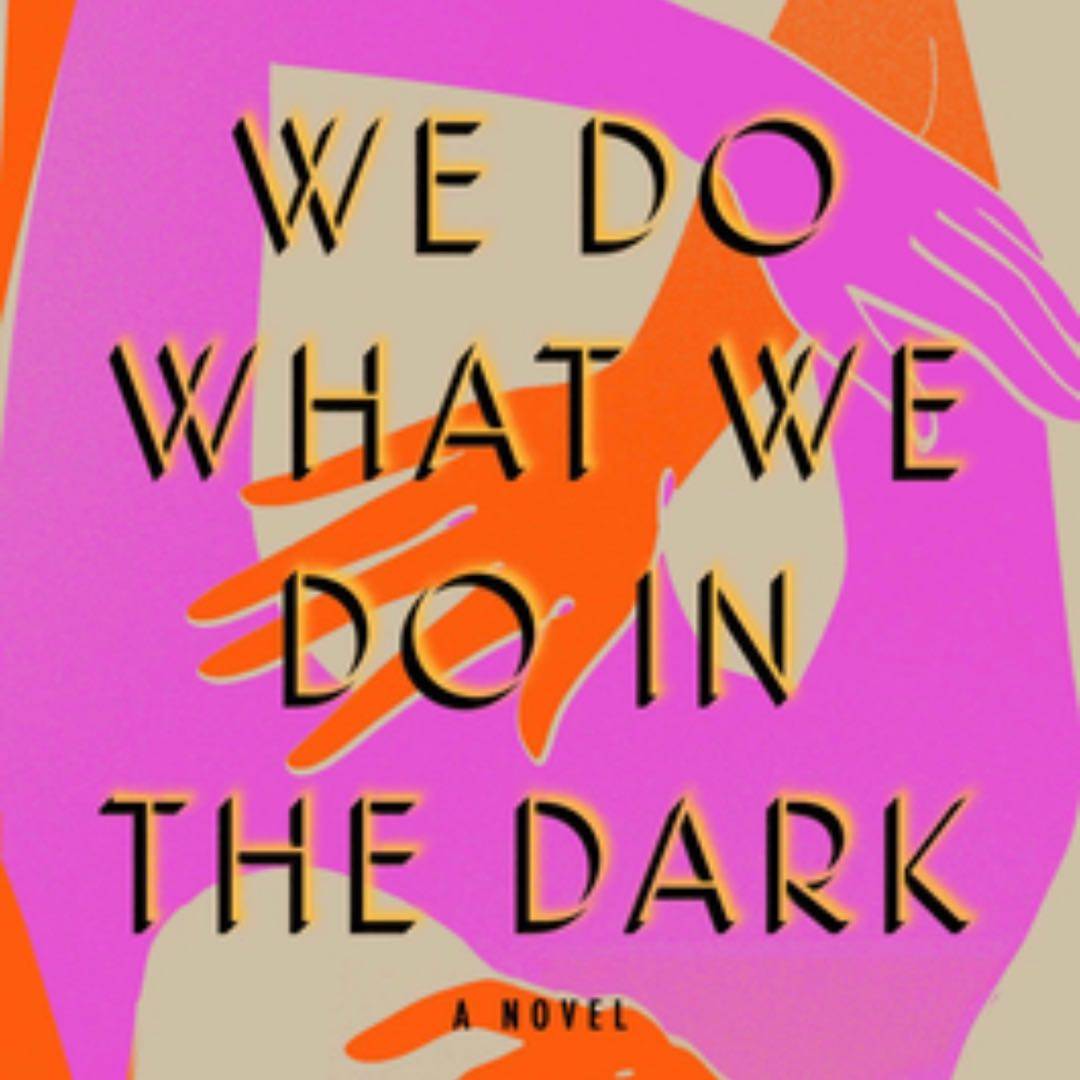 I found the simple, spare writing of this story quite hypnotic. Told entirely from Mallory‘s POV, a teenage affair with a charismatic unnamed woman, influences her life and choices so entirely, as she embraces her sexuality and finds her path, after the death of her mother. The loneliness of both characters was palpable, and I found Mallory‘s naivity and intensity relatable in a nostalgic way. Lovely writing. #pop22 #sapphic

KarenUK @cinfen @barbarabb @megabooks @squirrelbrain @jenniferw88 @4thhouseontheleft @cortg @laughterhp @raelovestoread 2mo
Cortg This seems to be the big read this month! I think I put a library copy on hold the other day, now I‘ll have to double check! 2mo
Megabooks Truly fantastic review, Karen! 2mo
BarbaraBB Wonderful review! I loved it too! And Mallory 😍 2mo
squirrelbrain I need to get to this soon! 2mo
45 likes1 stack add5 comments

Megabooks
We Do What We Do in the Dark | Michelle Hart 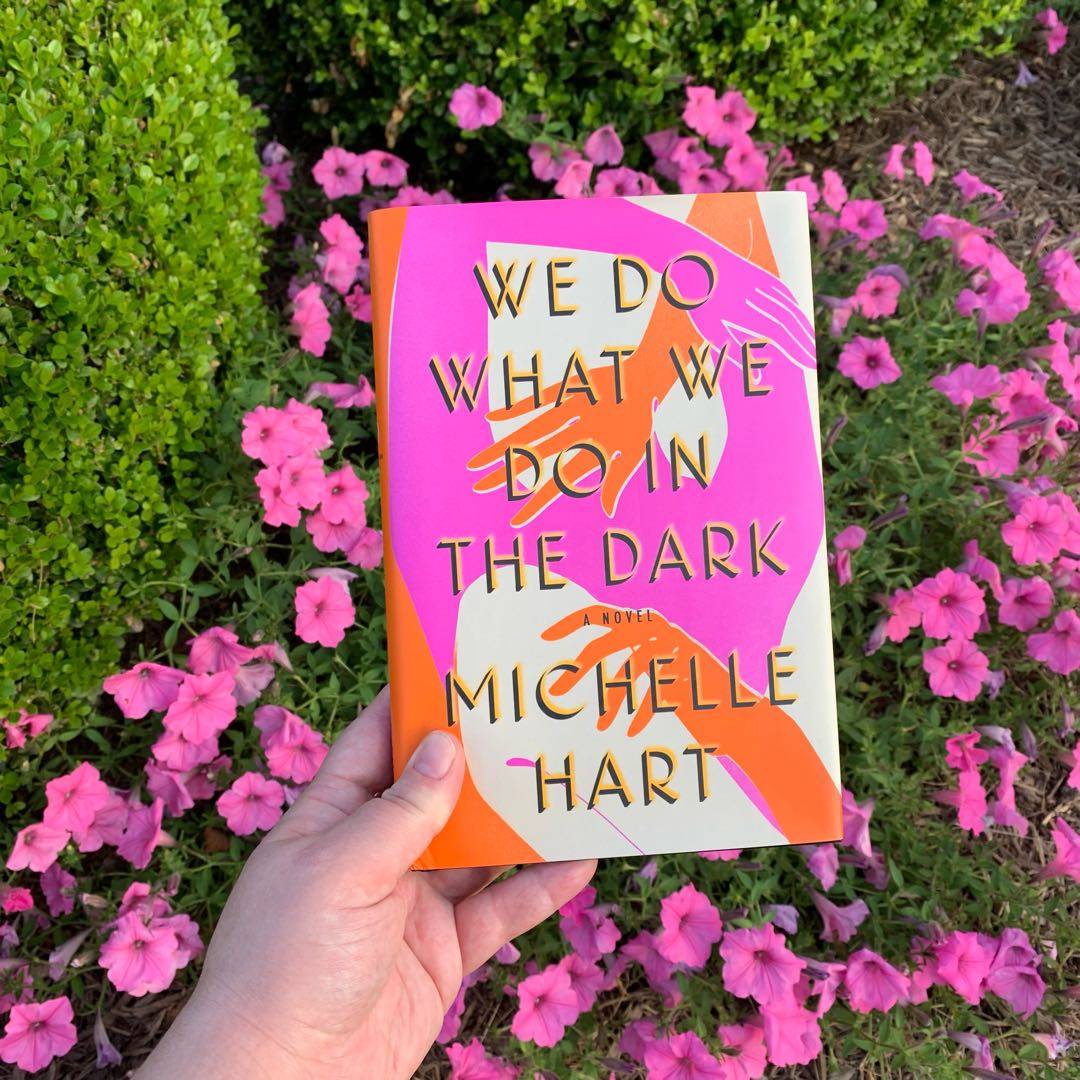 I feel very tenderly towards characters that remind me of past versions of myself. Mallory, a college student who becomes involved with an older, married professor know as “the woman,” reminds me of how impressed and influenced I was by “real” adults who seemingly knew everything, but I‘ve realized now probably barely had their sh!t together. I love how Mallory wrote down what the woman would say, and how deeply it affected her later in life.

Cinfhen, BarbaraBB
Ruthiella I also like reading about characters who remind me of my younger years which provides a level of introspection I didn‘t have at that time. I think that‘s my main draw to both this book and

Either/Or
(edited) 2mo
Megabooks @Ruthiella 💯 agree with you! I‘m looking forward to Either/Or because I felt that way about The Idiot. 2mo
Centique This sounds right up my alley but I must also say - THAT COVER! THOSE FLOWERS! 😍😍😍 I do love it when you get these great book with background matches. I never even try to do it myself but I love it! 2mo
See All 9 Comments
Cinfhen Looking forward to reading this one!! 2mo
BarbaraBB Great review. I felt similar about some adults 🤍 2mo
Megabooks @BarbaraBB yes, I think I decided so much about the adult was going to become at Mallory‘s age. I remember putting so much stock in the opinions of those “cool” people I knew that were over 30 when I was under 20. In America, we think so much of the formative years being under 18 that I really appreciate stories like this that show the impact of those very young adult decisions and interactions. 2mo
Megabooks @Cinfhen I think you‘ll enjoy it! 2mo
Megabooks @Centique yes, me too! These are in my neighbor‘s yard but we have had them in years past. They‘re called bubblegum petunias, and the color definitely reminds me of bubblegum. 😁🍬 2mo
BarbaraBB Completely agree. Those twenties were the years I felt most vulnerable and compared myself with older people who seemed to have found their way in life. 2mo
90 likes3 stack adds9 comments

BarbaraBB
We Do What We Do in the Dark | Michelle Hart

In het first year at university Mallory meets the woman, a professor. They get into a secret relationship, marked by inequality: Mallory‘s self esteem is quite dependent on the elder woman‘s views, feelings and opinions. She admires the woman more than she loves her and takes all she experienced during their time together with her in further years.
A wonderful debut.

KarenUK, Megabooks, Cinfhen, Cortg, Laughterhp, squirrelbrain, RaeLovesToRead
Freespirit Lovely reading spot!!! 2mo
Megabooks I‘m planning on reading this in July, too! Still loving these beautiful photos! 2mo
KarenUK Ooh I have this ARC I never got to! I‘m going to use it for the same prompt! 💕👍 2mo
See All 12 Comments
BarbaraBB @Megabooks @KarenUK I am fairly sure you both will enjoy this one too 💕 2mo
Cortg Sounds good! 2mo
Ruthiella Great review! I also really liked this one! 2mo
Cinfhen Beautiful 🤩 looks so relaxing!! I‘ve been wanting to read this one, I even suggested it for #CampLitsy 😉Glad to see it‘s a pick 2mo
squirrelbrain Great review Barbara and lovely pic! I have this as an ARC too @KarenUK although I already read a book for this prompt. 2mo
BarbaraBB @Cinfhen I know. That longlist is a gift that keeps on giving 🤣 @Megabooks @squirrelbrain 2mo
BarbaraBB @Ruthiella I stacked it because of your review! 2mo
Ruthiella @BarbaraBB Whew! I‘m glad I didn‘t steer you wrong! 😅 2mo
Cinfhen Hahaha 🤣 #TRUTH 2mo
71 likes6 stack adds12 comments

Ruthiella
We Do What We Do in the Dark | Michelle Hart

Coming of age story about Mallory, a lonely coed who has an affair with a older, married female professor her freshman year of college. This unequal relationship will have repercussions throughout Mallory‘s adult life. The writing style reminded me favorably of Katie Kitamura: deceptively low key with a lot unsaid under the surface. This was an impressive debut.

WanderingBookaneer
We Do What We Do in the Dark | Michelle Hart

Nutmegnc Me, too!! 5mo
Chrissyreadit Hope you are doing well. Just realized I have not seen any posts from you and @BookishMarginalia and stopped by to visit. ❤️ 3mo
BethM That‘s a great idea! Checking on you two- hope all is well. 1mo
52 likes3 comments

Rhondareads
We Do What We Do in the Dark | Michelle Hart

Perfect book mail ,perfect weekend reading.The titleWhat We Do In the Dark sounds so intriguing.