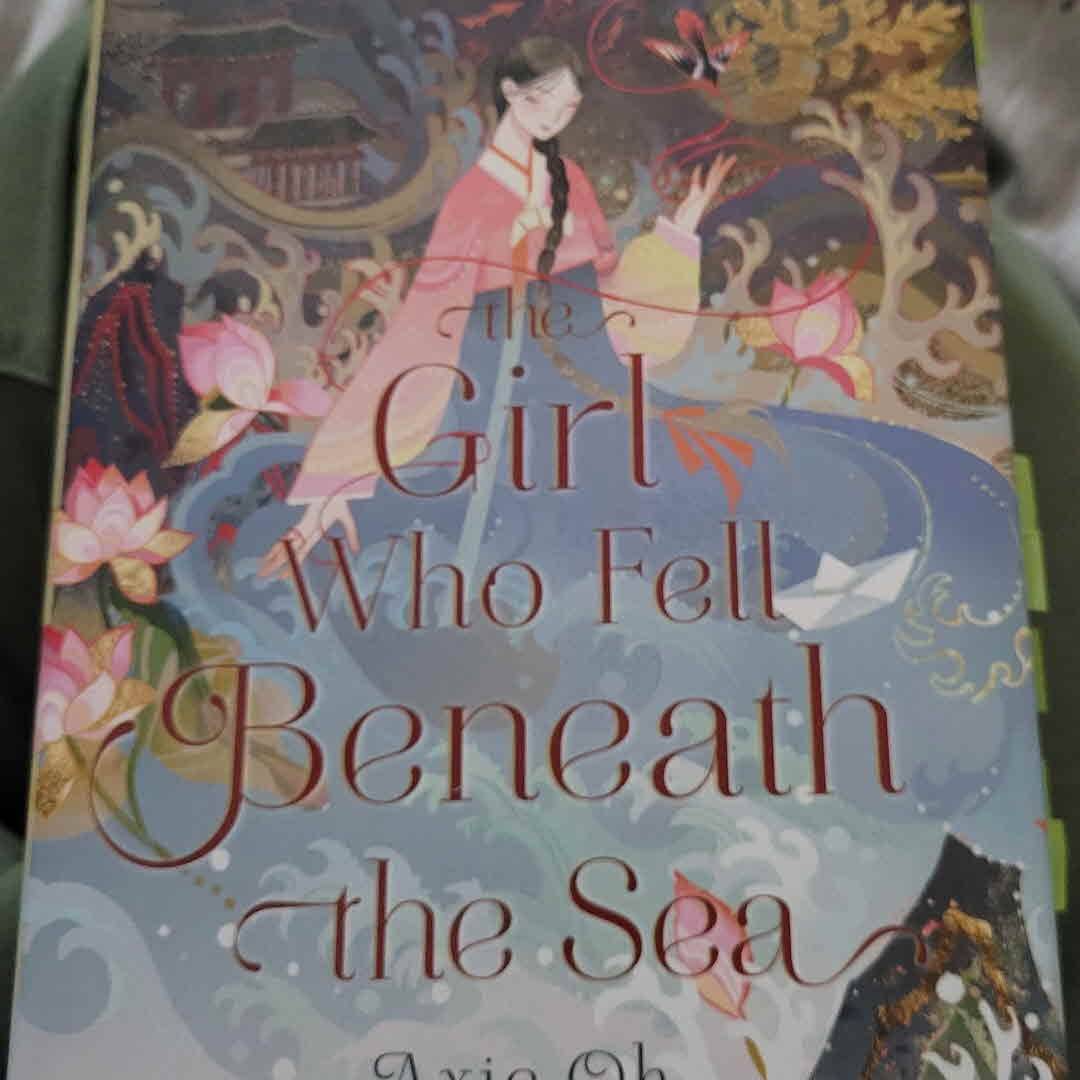 So all I can say is WOW! This novel was a wonderful journey. I read it in three hours I truly loved the world building and character development and storyline. #LMPBC #Round15 #GroupX @KateReadsYA @Readergrrl @persephone1408

Readergrrl I really enjoyed it too!! 2w
26 likes1 comment

Readergrrl
The Girl Who Fell Beneath the Sea | Axie Oh

What a delightful story! I enjoyed exploring the sea realm with Mina as she navigated its depths and discovered its truth as the rescuer, not just the rescued. She was a wonderful character who embodied the best characteristics of a coming-of-age novel. The writing was lyrical and sweet while still carrying a strong message of faith-in-self, honor, and family. I highly recommend for young adults middle-grade and up. 4/5⭐️ #LMPBC #GroupX #Round15

suvata, Endowarrior21, KateReadsYA, persephone1408
Readergrrl @Endowarrior21 I apologize for just mailing this LMPBC book out today as I had meant to do so last week. I had a student pick it up off my desk to just “read a chapter” during study hall, but she loved it so much that I lent it to her for the long weekend. She got it back to me today, still in pristine condition, and I mailed it off today. I found it to be a very quick read! 3w
DrexEdit Cool! Looking forward to this read. I also love the photo you posted. The aquarium at Dallas used to have a whole tank of these leafy sea dragons and they were my favorite creature to visit when I used to live near there. 3w
Readergrrl @DrexEdit I enjoyed finding the photo. These are such lovely creatures and matched the vibe for my imagining of the book. I hope you enjoy it. A very nice retelling of a Korean fairytale that I‘ve not familiar with so I‘m going to go read that now! 🌊🐉 (edited) 3w
KateReadsYA Awwww I'm glad your student got to join in and loved it!!! I can't wait to reread it in the future. 3w
Endowarrior21 I love the picture and can't wait to read the book. 3w
63 likes5 comments

Just finished these two delightful novels for my#Round15 #GroupT and #GroupX #LMPBC selections. School just started for me, so I hope to have them in the mail by the weekend. Also will post my reviews this weekend. Enjoyed reading these while being off the grid up in Canada this summer. Now I‘m home (came back to CT Sunday night; school started Monday) and will be back to typical Litsy garrulous self!

My UK edition of The Raven Boys came in the mail and I can't wait to start Book 2, my book club book will have to wait. Luckily I still have 2 weeks to read it. @persephone1408 I am obsessed with this story !!!! Thanks again for your pick for #groupx

persephone1408 @KateReadsYA I bought the other 3 and read them all before I started the next lmpbc book lol It is so good. 1mo
KateReadsYA @persephone1408 it is seriously that good!!! I just love their friendships and their adventures. 1mo
43 likes2 comments

I am doing a Fall swap link is in the posts below this one it is through Elfster but your person can also look here to see what you want. Feel free to share the more the merrier. #Litsyswap #litsyswaps #litsyswapguidelines #CozyFallSwap

@persephone1408 the book is on its way to you it should arrive by next Tuesday. #LMPBC #Round15 #GroupX @Readergrrl @KateReadsYA

persephone1408 Awesome! Can't wait 2mo
KateReadsYA Ohhhh this one is gonna be good I bet! 2mo
Endowarrior21 @persephone1408 😁 2mo
See All 13 Comments
Endowarrior21 @KateReadsYA It was 😊 2mo
LibrarianRyan I am curious for your group. What do you think about the Nora Roberts incident and how it ripped Adeyemi's book deal apart. There is still no sign of book 3, after book two didn't sell as well. Maybe/probably because of the Nora Roberts thing? 2mo
KateReadsYA @LibrarianRyan I'm not sure what incident played out, I'll have to look into it. 2mo
KateReadsYA @LibrarianRyan ugh I just read up on it and it's all unfortunate. I'm not that big into social media as I don't like to see a lot of negativity but I do hope they work their problems out in a healthy way! 2mo
LibrarianRyan @KateReadsYA Since it was years ago, it did kind of get worked out. NR wrote an open letter to readers about their power and how they weld it with social media, and also how creators weld the power of their following. I was half way through this book when this all happened. But eventhough book 1 was a huge seller (it was Jimmy Falons first ever book club pick) it lost it's momentum. And I don't think it was an accident. I think it was a 2mo
LibrarianRyan publicity stunt gone wrong. If both sides had been in on it, it might have worked. They could have “rode each others coat tails“ and brought their fans together. And instead it created a backlash as it was only one sided. This book was huge before all this happened, and now not so much. Even the authors website is ho hummmmmm. (at least when I checked a few months ago.) It's like they never wrote a book, or it was a side project, instead of 2mo
LibrarianRyan a majorly backed publication. 2mo
KateReadsYA @LibrarianRyan wow cool to know! Lately I've just been reading the first book in series so now that you've let me know it lost its momentum I will definitely keep that in mind hahaha! 2mo
persephone1408 @Endowarrior21 I got it today 2mo
Endowarrior21 @persephone1408 😁 yay 2mo
14 likes13 comments

Readergrrl
For the Wolf | Hannah Whitten

Not a bad book, just not my favorite. I almost gave it a pick but it took so long for me to get engaged, that I decided so-so was more appropriate. Oddly, I think the next in the series will be much better! I was frustrated with the character development at first, but eventually I clicked with the MC. I‘m glad to learn that Neve‘s story (I liked her dev. better than the MC) continues in the sequel, For the Throne, and I willread that too. 3/5⭐️