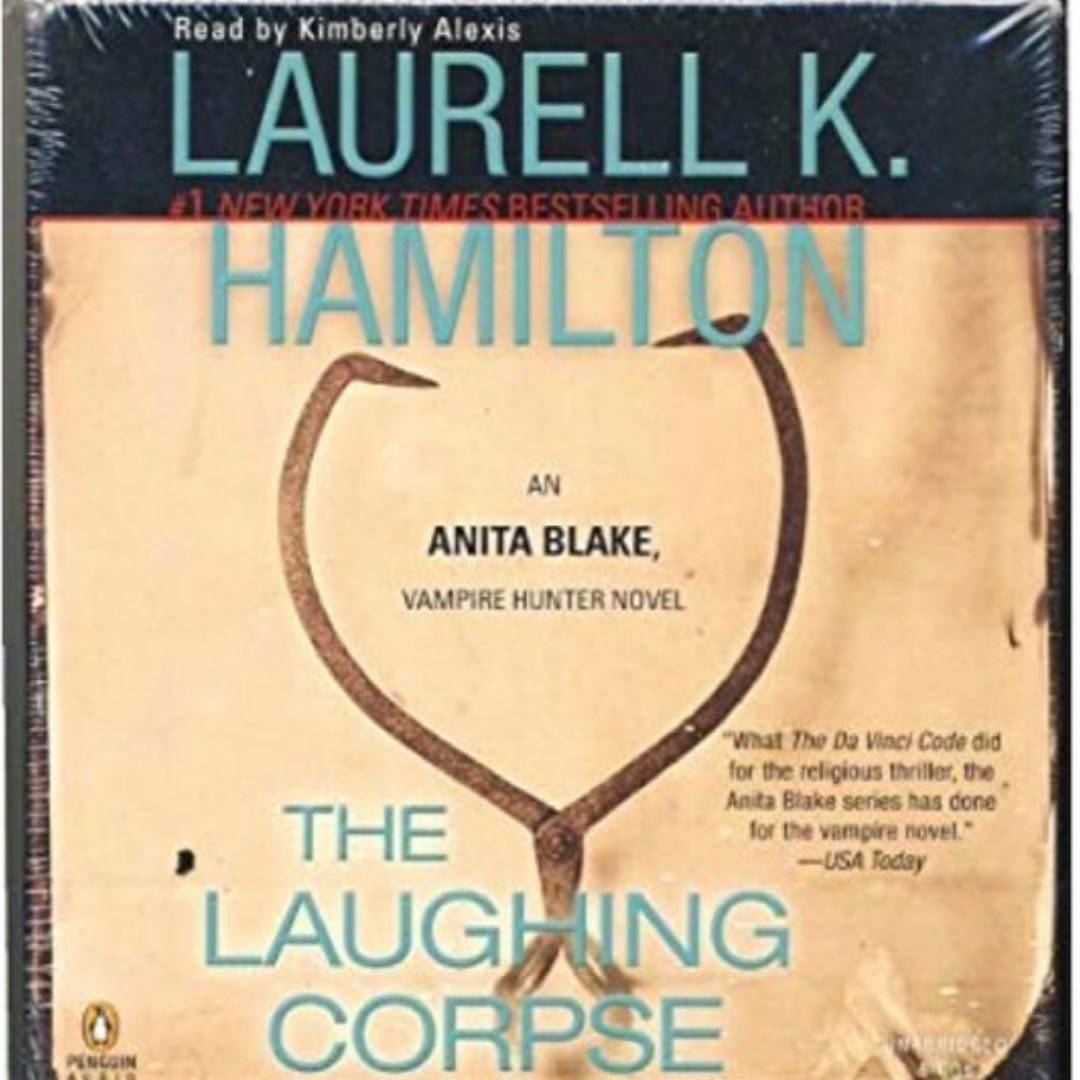 #ChillingPhotoChallenge #day21 #Voodoo Anita Blake,as well as being a vampire executioner,is also an animator, raising zombies for lawyers & family of the dead.She‘s approached by Harold Gaynor who asks her to raise a 300yr old corpse,to do so she‘d need to use a human sacrifice.When she says no,she crosses paths with Voodoo queen Dominga Salvador who sends flesh eating zombies after her. #Scareathlon #TeamSlaughter 1point #PointsTotal-1,080 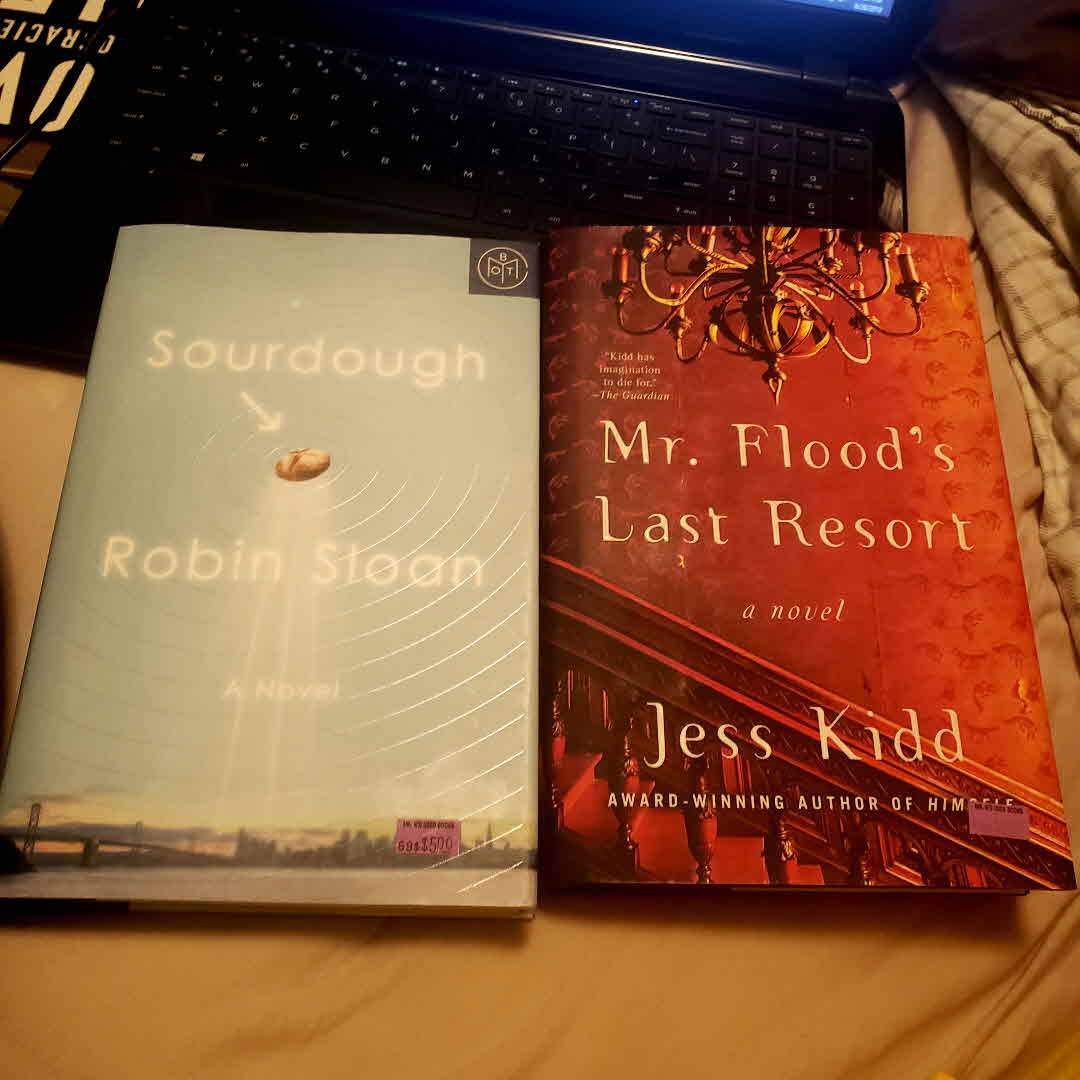 These book covers have really nice textures: those radiating lines on Sourdough are raised, and the wallpaper on Mr. Flood is more coarse than the other parts.

TNG 6.24 #SecondChances, or as I call it Missed Chances. Riker finds himself a duplicate. Angst ensues. In the original script, Prime!Riker was to die and Nu!Riker take his place. By season 6 Riker suffered from First Officer Syndrome: FOs don‘t do much. But Berman killed the idea and Riker remained boring. The episode is more notable for transporter tech Lieutenant Palmer, played by real astronaut Mae Jamison! Love her!

Megabooks I didn‘t know that about Mae! You have the coolest trivia. I like the way they ended the Thomas Riker arc on DS9, though. 8mo
Megabooks Oh, and I loved the NuWill/Deanna scavenger hunt. 8mo
tournevis @Megabooks It was good to see him back on DS9, but it was such a crumby thing to do to the character. It seemed so much OOC.

The scavenger hunt was great and imagine the dynamic that would have emerged if they had stuck with the original plan! 8mo
tournevis @Megabooks Honestly, I know sooo muuuuch useless stuff about ST. It's unseemly. 8mo
50 likes4 comments

Last day. I started a little late; therefore, I am late finishing.

🙂 Rainbows
🙂 Music
🙂 The ability to dream.

Eggs
Eggs #1-yesss ☕️ #2 yes that is amazing –💗💗magnolias 9mo
kspenmoll @Eggs Thank you for hosting this. It gave me such pleasure to see/share everyone‘s #grateful21 lists! Thinking of tonight‘s 3 - great conversation with my son; colored gel pens; a found box of note cards that were my mother‘s. (edited) 9mo
Eggs You are so welcome; it was my pleasure. Yes it was lovely to see all the gratitude and a wide variety of responses. Mother‘s note cards: sweeet 9mo
50 likes3 comments

#MarchIntoThe70s #Day21 #HungryHeart I had planned a different book for this prompt(it‘s my birthday!)but migraines don‘t care about that & I‘m struggling to see so obvious it is. Springsteen was my baby teen crush, I had so many pictures cut from magazines all over my bedroom wall. He‘s a master songwriter, guitarist but I really adore the amount of emotion he pours into each song. You can hear his heart breaking in every verse🎵 #theboss♥️

Starting a new book today! Being a mythical/fairy tale story, this isn‘t the type of thing I typically read. But I‘m excited to try something new:) #day21

A kind of #bookswag : at my local indie bookstore, if you spend $50 in a single trip, you can pick a free book from a shelf of advance reader copies. Got this one on the recommendation of the All the Books podcast.

I think with The Bloodprint it just wasn't the right time for me to read it so I plan on going back and trying again at some point in the future. The storyline sounds so good! (My 9 month old also took a nibble of the cover 🤦🏻‍♀️)

Forever Young just... isn't my favorite.. genre of book... I tried though! I really did.