I drew 4 cards for Jan #TBRDeckOfCards @Clwojick
3 ended up being DNFs, and 1 was a 4 star read (Regina Anderson Andrews: Harlem Renaissance Librarian). Glad to clean my shelves. I may draw the next 4 now for Feb so I can do some planning! 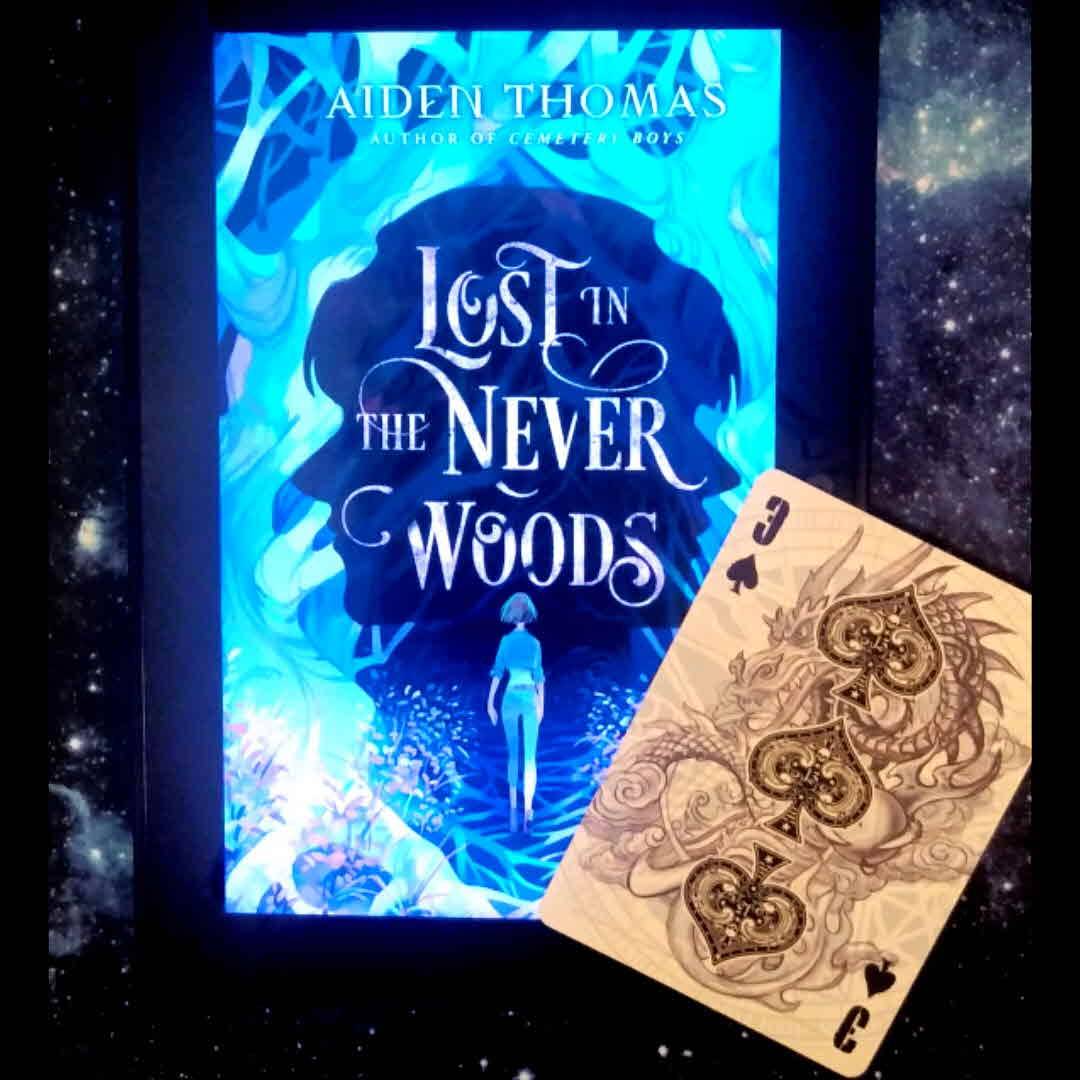 What if only Wendy returned from Neverland, but she can't remember it or what happened to her brothers? It's Peter Pan with a twist
3♠️ Lost in the Never Woods
#TBRDeckofCards

I just finished my #bookspin @TheAromaofBooks

In bookish serendipity, I am also reading The Love Songs of WEB Du Bois. Andrews was a good friend of Du Bois and knew many key figures in the HR. She was the first black woman to lead a branch of the NYPL. This was also one of my pics this month for #TBRDeckofCards

1. Kiss of Fire - Rebecca Ethington, Lost in the Never Woods - Aiden Thomas, and Never Night - Jay Kristoff
2. I went easy with 100 books but with my #tbrdeckofcards , #readmyroom and upcoming releases of Kindle unlimited books, I think it is going to be more. Especially since I'm already at 10 books for this year.
3. The Seven Sins of Snow

This one was a borderline between straight romance and romantic suspense - when in the midst of a bitter divorce, Eli's soon-to-be-ex-wife is murdered, with Eli as the prime suspect. A year later, the case against him has been dropped, but the actual murderer's identity is unknown, meaning a cloud of guilt still follows Eli everywhere. He comes to stay in the old family home on Whiskey Beach, where he meets Abra, a jill-of-all-trades who should ⬇

TheAromaofBooks (cont'd) have really annoyed me but actually didn't. Her free-spirit “be yourself“ attitude somehow actually came off as genuine so I ended up really liking her. Various other things happen at the old homeplace, including another murder, leaving Eli and Abra wondering how it's all connected. This wasn't on-the-edge-of-your-seat-are-they-all-going-to-die tension, but it did keep the story up-pace. This wasn't my favorite Roberts ever, but it's ⬇ (edited) 2w
TheAromaofBooks (cont'd) one I can see myself rereading at some point.

#TBRDeckofCards - 10Spades @Clwojick
#Pantone2022 - Coral Rose - it matches better in real life haha @Clwojick
#JumpStart2022 - Actually my first book towards my goal for this readathon!! @Lizpixie @Clwojick
#OWLs - Potions - Severus Snape
#MtTBR
#RoadTripUSA2022 - Massachusetts @megnews
#19822022 - 2013 @Librarybelle
#AestheticallyMatched @Clwojick
#RoaringWolf - Hope @Roary47 @Littlewolf1 2w
Librarybelle I read this one awhile ago and remember liking it, though I couldn‘t tell you any of the plot points now! 😂 2w
See All 9 Comments
TheAromaofBooks @Librarybelle - in fairness, a lot of her books are like that. I can always depend on them for a relaxing getaway, but they don't necessarily stick with me after that!! 2w
Librarybelle So true, but she is absolutely perfect escape from reality reading! 2w
Roary47 This is gorgeous! 💛 2w
TheAromaofBooks @Librarybelle - She is totally my go-to for that! If I'm feeling a little stressed, I know I can count on her to give me likable characters and a happy ending, and her bibliography seems to be neverending! 2w
TheAromaofBooks @Roary47 - Thank you!!! 2w
Clwojick Great matches! 💖💖💖 2w
68 likes3 stack adds9 comments

✨Update for the #TBRDECKOFCARDS challenge✨

7♠️ - Never Let Me Go by Kazuo Ishiguro - while I did not really like any of the characters I found the story concept to be intriguing. I‘m definitely going to check out more of his works.

Queen ♥️ - Crystal Lake Inn by Susan W. Green - one of my reading goals this year is to read more local authors. This one was great! Loved the characters and plot.

Inspired by so many lovely Littens, in particular @Clwojick I decided to try my own Bujo spread - I used GoodNotes on my IPad and love that I can easily put in images and screen shots of the challenges and book covers. Here‘s hoping I keep up with it (which has been a problem with reading challenges in the past!)

Don't you hate when they use the show/movie cover for the book cover? Especially when the characters look nothing like their descriptions in the book. Oh well....the story was still really cute.

Finished the first book from my #tbrdeckofcards and it was interesting, although I think I may have had my expectations a bit high. Not sure I‘d consider it one of the best mysteries of all time, but it was definitely a very interesting look at Richard III.

Clwojick
Ruthiella I wouldn‘t call it one of the best of all time either, but I liked how it was “solved” from his hospital bed and it also made me rethink Richard III‘s reputation and if it was justified. 😀 2w
CarolynM ❤ 2w
Clwojick Wayto go!! 2w
81 likes3 comments