The Hate U Give
Angie Thomas
21 users recently

The Fortune Men | Nadifa Mohamed
15 posts | 11 read | 1 reading | 10 to read
Mahmood Mattan is a fixture in Cardiff's Tiger Bay, 1952, which bustles with Somali and West Indian sailors, Maltese businessmen and Jewish families. He is a father, chancer, some-time petty thief. He is many things, in fact, but he is not a murderer. So when a shopkeeper is brutally killed and all eyes fall on him, Mahmood isn't too worried. It is true that he has been getting into trouble more often since his Welsh wife Laura left him. But Mahmood is secure in his innocence in a country where, he thinks, justice is served. It is only in the run-up to the trial, as the prospect of freedom dwindles, that it will dawn on Mahmood that he is in a terrifying fight for his life - against conspiracy, prejudice and the inhumanity of the state. And, under the shadow of the hangman's noose, he begins to realise that the truth may not be enough to save him. ***PRAISE FOR NADIFA MOHAMED*** 'A moving and captivating tale of survival and hope . . . confirms Mohamed's stature as one of Britain's best young novelists' Stylist, on The Orchard of Lost Souls 'Mixing startling lyricism and sheer brutality . . . [Black Mamba Boy] is a significant, affecting book' Guardian 'With the unadorned language of a wise, clear-eyed observer, Nadifa Mohamed has spun an unforgettable tale' Taiye Selasi, on The Orchard of Lost Souls 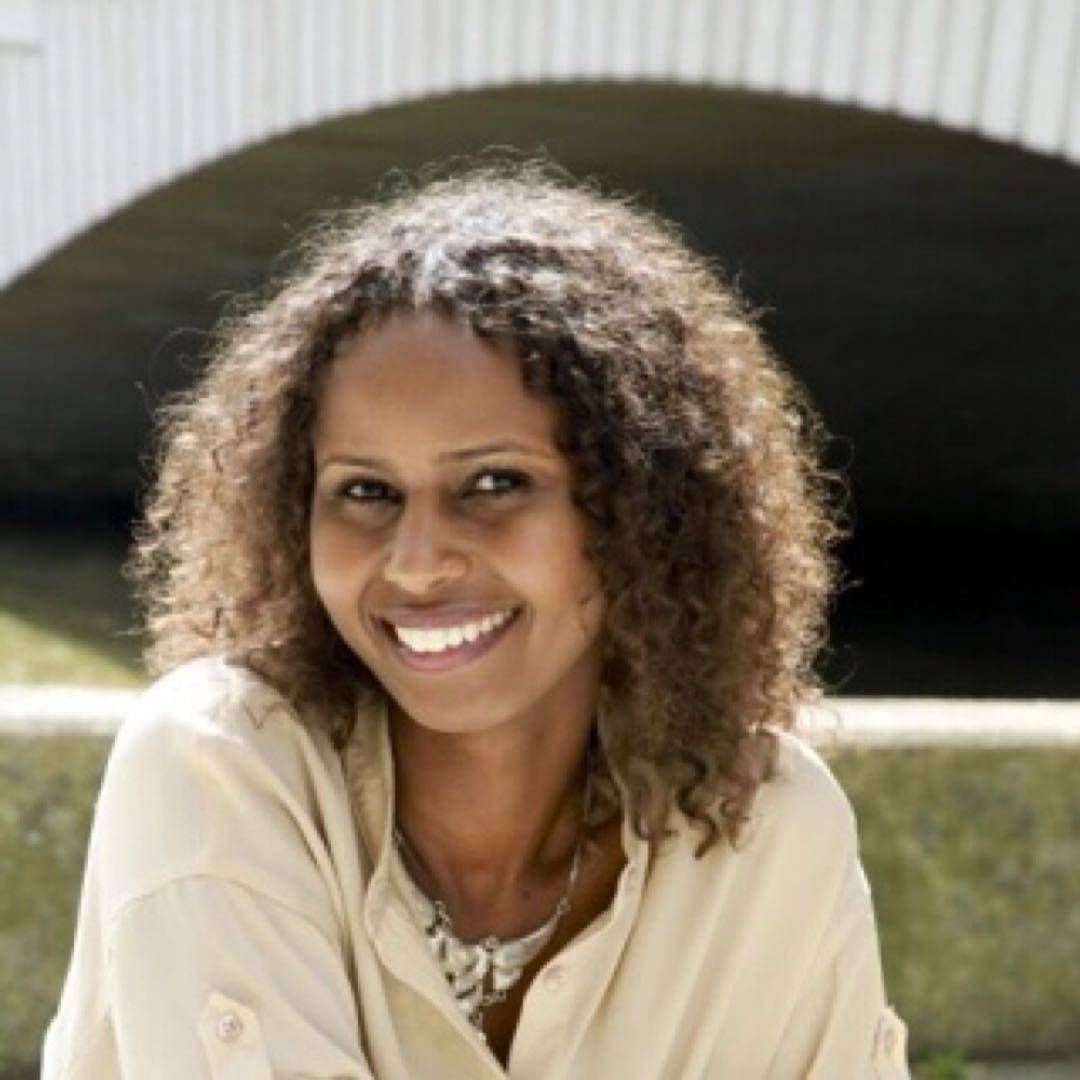 My 6th from the Booker longlist. Based on the true story of Mahmood Mattan, a Somali immigrant in Cardiff, executed for a murder he did not commit in 1952, in a horrible trial where his own lawyer called him a savage in court. A gritty dark opening, it becomes something beautiful, transforming for us a sketchy, but innocent, Mattan into someone warm, human, fascinating, and ultimately graceful in the face of the unfathomable. 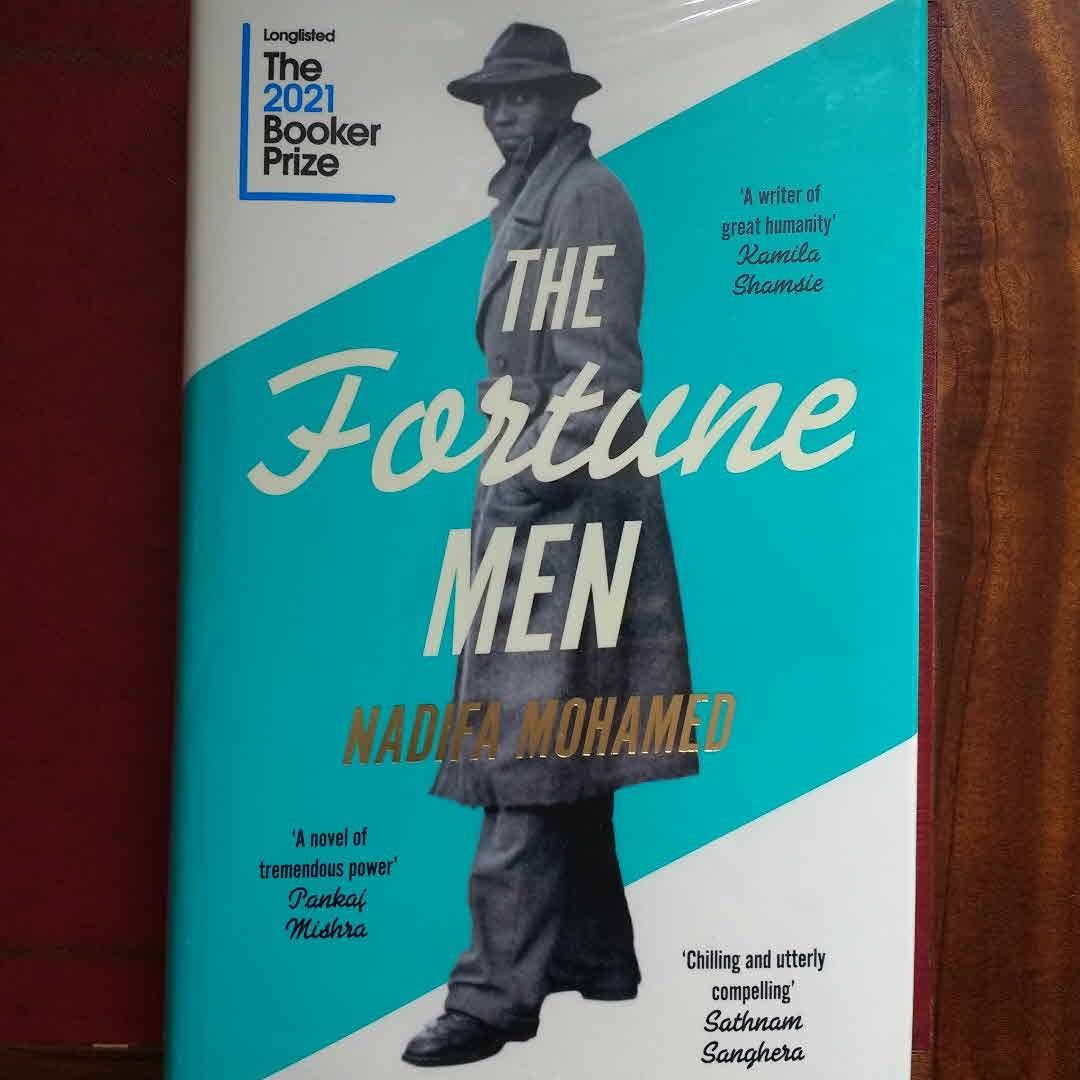 I never did warm to Mahmood: petty thief, compulsive liar, belligerent, haughty. I bow to Nadifa Mohamed, then, for making a book that it hurt to think about (and think about it I surely did!) as Mahmood's confidence in the British judicial system is eroded and it dawns on him that he is likely to hang for a murder he did not commit.

I couldn‘t get into this. Nicely crafted with a diverse cast of characters, I liked the sense of humanity and compassion. But it was taking too long to get going. I‘m sure it‘s good and worthy of the Booker shortlisting, but I wasn‘t in the mood for another slow and depressing book.

#libraryhaul
Hurray, I collected my reserved book (tagged) that I couldn't get on Friday. It's the first time I've been back inside the local library since it closed for a major refurb in the summer. So many new books! This is what I picked up after ten minutes of browsing. There are many more to return for!

Next off the pile. Started it today.

This book gave me anxiety. It was like reading a book about Amelia Earhart or Anne Boleyn. No matter how much you like the main character, shit is absolutely not going to end well. This is about a Somali man who was wrongly accused of murdering a Jewish female shop keeper in Cardiff. It's very well written. It's just a tough subject.

TheAromaofBooks Great progress!! 1mo
Graywacke I understand that anxiety! I‘m having a little trouble relaxing and reading. I‘m reading on edge! ☺️ 1mo
vlwelser @Graywacke I think it's definitely because they're real people instead of fictional. But it is beautifully written. 1mo
34 likes1 stack add3 comments

These are my two most recent Mr B's picks @Mitch
I'm really interested in reading the Herrera one - completely new to me author.

The people know each other, they know the place they inhabit, they are a somewhat close knitted community. They perfectly understand each other. You are someone who is walking the bylanes of this close knit community for the first time. The people pay no attention that someone unfamiliar is suddenly amidst them, someone who means them no harm, so....maybe introduce that someone to who they are as individuals or even maybe as a community.....

nathandrake1997 ....But, no such effort is made by anyone from this community. They go about their daily lives and you are left with no other option but stand there like a clueless bystander and maybe....eavesdrop? That's what reading the first half of Nadifa Mohamed's Booker Shortlisted THE FORTUNE MEN felt like. I was honestly clueless about where this book is going, to the point where I feared this might be my first dnf from this year's longlist.... 2mo
nathandrake1997 ....But then, the second half happens and that's when the crux of the book takes centre stage along with recontextualizing the approach Mohamed took with the form to frame the first half in and the result eventually was a book so powerful and moving and one of the most multifaceted character studies I have ever read! 2mo
nathandrake1997 ....As usual, not really going into the plot because this is a plot best discovered by the reader themselves, but the "character study" part is what hooked me to the book and once I was flipping through its final pages which are more existential in nature than the rest of the book... 2mo
See All 6 Comments
nathandrake1997 ....an approach that is nothing short of a masterstroke by Mohamed, I was almost in tears and really glad that I didn't dnf it when I had a rather overwhelming urge in the first half to do so..... 2mo
nathandrake1997 ....This is one of those books that in a way actually begins once you have finished reading it i.e. when the reader attempts to unravel its various layers and allusions in context to the real life incident it is based on, that the true power of Nadifa Mohamed's magnificent prose comes to the forefront.... 2mo
nathandrake1997 ....Overall, yes it starts as an uphill climb, but once you have made that arduous trek, you are in for an experience so emotionally powerful that you will probably be fighting back tears while flipping through it's last few pages! A masterpiece that definitely deserves it's place in an already really strong shortlist ❤️ 2mo
11 likes6 comments

Mahmood is a Somali seaman who lives in Wales, he is married to a white woman, has three children, struggles through racial prejudice, tries to provide for his family, lives his life as best he can ... until he is convicted of a murder. Most remarkable in this book is depiction of Mahmood's naivety, his trust in the judiciary - the truth always wins, and the strongest point of this narrative, seems to me, is clash between Mahmood as he … 👇

Simona … is seen by the world, as opposed to his inner world. Very good characterisation. #BookerPrize2021 3mo
BarbaraBB This one sounds so good too. 3mo
Nag1 I really recommend this 2mo
44 likes3 comments

It took a while for the story to get going and, having said all of the above, it was too dark and depressing for me to say I enjoyed it.

This may work for those of you doing #readingafrica2022 - only one chapter is actually set in #somalia but the author is Somali and it very much covers Somali life.

Cathythoughts Great review! Enlightening … I was wondering what way it would go 👍🏻❤️ 3mo
Megabooks Great review! 3mo
BarbaraBB Thanks for the reference to Somalia. I didn‘t know. You‘re doing great with the longlist. Any favorites yet? 3mo
squirrelbrain I‘m just reading the last two of the longlist (there are two I can‘t get hold of) @BarbaraBB and I think I know what my shortlist will be…. I‘m sure it will bear no resemblance to the actual shortlist! 🤣 3mo
BarbaraBB Looking forward to your shortlist! 3mo
68 likes1 stack add5 comments

Wish I had known this was based on a true story when I started it as I feel this would have allowed me to feel more connected to the characters as it was I felt the book moved really slowly until we got to the trial.

The format of the trial Q & A was great and such a travesty that based on that evidence Mahood was convicted.

An important story even if it didn‘t really work for me .

Mohamed‘s story explores the immigrant experience in mid-century Britain and the pervasiveness of systemic racism. The wrongful conviction at the centre is not only built on the blindness of the system to justice, but on the lies of so many different members of a community. The characterisation of the flawed victim was a particular standout for me. Although not perfectly executed, I thought it was an original, interesting, affecting novel.

"Sometimes, I wake up and I don't know where I am... It's a strange, strange feeling. I hear the warders pacing past my cell at night, looking in at me in bed, and I think it's my mother coming to check on me and that I must close my eyes. It's made me wonder about Tahir, you know? How sometimes he looked at his hands with such shock, as if he couldn't believe they belonged to him. I can see how men go mad....

charl08 Image from photo of Tiger Bay www.walesonline.co.uk/news/wales-news/why-tiger-bays-diverse-history-16088764.amp 4mo
Cathythoughts Great quote … look forward to your final thoughts on this one 4mo
DimeryRene That was a great article! Thanks for sharing. 4mo
45 likes1 stack add3 comments

Some of these sailors return with such good fortune, son, and I hope that one day it will be you stepping out of a car with your suit cases and children and happy wife.
Now, nabadgelyo iyo safar salaama. Your mother.'

Berlin folds the letter and pushes it under Mahmood's nose.
'Some men may call themselves poets but your mother is the real article."
'She uses words like arrows.'
Poetry is war, what else you expect?'
'A truce.'

#BookerLonglist reading with a side order of Olympic gymnastics

Cathythoughts This one sounds good 🤞🏻 look forward to your thoughts 4mo
squirrelbrain I might get this one on Audible… I‘ll await your review! 4mo
34 likes2 comments