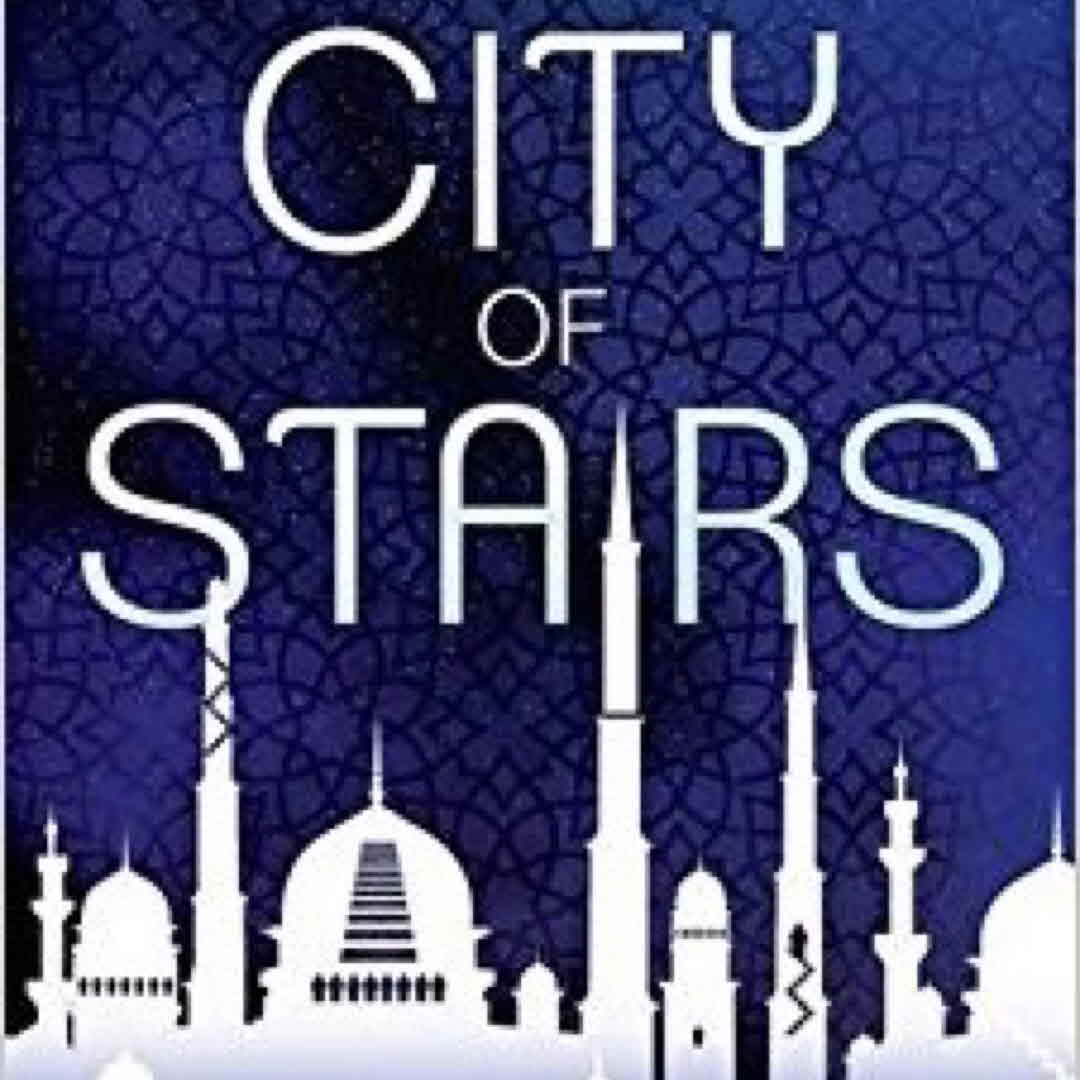 The city of Bulikov used to be protected by the divine. After its defeat, all mention of the divine and relics relating to them were outlawed. But some things remained, stairs that lead to nowhere, a city that is never quite the same. After a professor is murdered, Shara arrives in Bulikov to investigate, and finds that the influence of the divine is not as well hidden as she thought. 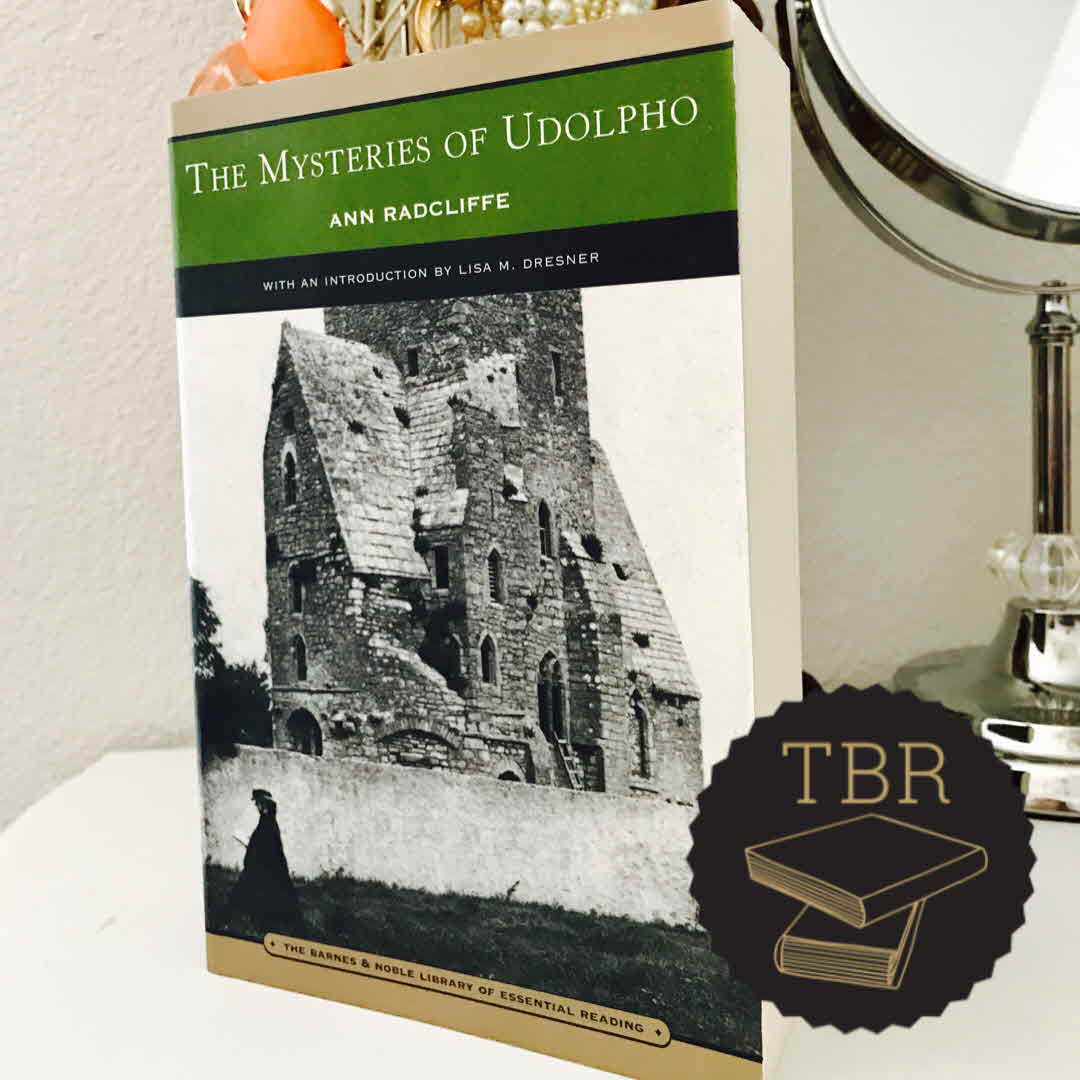 After reading NORTHANGER ABBEY, I knew I needed to read some Ann Radcliffe at some point. #BrokedownPalace #JuneTunz

Cinfhen
DreesReads This is a #1001books list book that is soooo huge I am afraid to start it 😳 3y
EvieBee @AudreyMorris Me too! And it's pretty dense. I started it a long time ago and was like...not today. 😁 3y
rubyslippersreads I need to read more of the "horrid novels." ? 3y
See All 14 Comments
EvieBee @rubyslippersreads Haha! Me too!! 3y
sprainedbrain I did the same thing!! It's been on my TBR since I read Northanger. 😂 3y
Daisey Having read The Romance of the Forest at least let me feel like I had a reference point when I recently reread Northanger Abbey, but this is definitely on my Serial Reader someday list. 3y
batsy @sprainedbrain @EvieBee84 Same! It's been on my TBR for over a decade 😂 3y
Cinfhen Great cover 3y
moranadatter Ann Radcliffe is so much fun! 3y
EvieBee @sprainedbrain Jane Austen: inspiring my TBR lol! 3y
EvieBee @Daisey I'm seriously considering using Serial to tackle big books. I find them intimidating! 3y
EvieBee @moranadatter Hmm. Maybe this can be a summer reading project. 3y
EvieBee @Cinfhen Thank you, Cindy! 3y
Daisey If you decide to try it with Serial Reader sometime, I might be interested. Having accountability and others to discuss with can help a lot! 3y
77 likes3 stack adds14 comments

erzascarletbookgasm
We Have Always Lived in the Castle (Deluxe) | Shirley Jackson

A brilliant piece of work. Not entirely plot-driven, but still manage to hypnotise. It's uncanny, twisted and sad; tells of two sisters with fascinating characters, living in isolation and hiding from fear of the outside world. The narrator is the younger sister, sinister yet childlike, certainly qualifies as an unreliable narrator. Truly a perfect fit for #brokedownpalace #junetunz

Cinfhen It's one of the books I need to read so I can fully appreciate all the Litsy Love 3y
Blaire Absolutely loved this one - read it for a challenge last year. 3y
66 likes1 stack add2 comments

When the Pevensies return to Narnia, they find their Cair Paravel as an unrecognizable #BrokedownPalace. #JuneTunz

#junetunz #brokedownpalace A breakdown of Howl's Moving Castle would be a real pain! 😆

Stealing another theme pick, this time from @Lcsmcat . I was stoked to find this the other day, especially after the store I thought had it turned out to have sold their only copy. Can't wait to get into it.

Cinfhen I just picked this book up as well! Interested in hearing your thoughts... 3y
18 likes1 stack add1 comment

Cinfhen Excellent choice 💞 I'm so impressed with all the books, people came up with today!!!! 3y
Seshat Thanks, @Cinfhen 3y
32 likes2 comments

#brokedownpalace #junetunz This was a hard challenge! I'm going with Finnikin's journey back to Lumatere after ten long years. Back to the kingdom put under a curse after the royal family was murdered.

Cinfhen
Cinfhen I know!!! But the Littens are smashing it! I've seen soooooo many fabulous choices today! Such a creative group!!! 3y
Jovy @Cinfhen So true! 👍🏼 3y
23 likes2 comments

This was strangely my very first thought for #brokedownpalace so bear with me. When Tatsuo Kusakabe takes his girls Mei and Satsuki to live out in the country to be closer to his wife in the tuberculosis hospital, they end up staying in this tiny rundown old house filled with dust and soot sprites. Never once do any of them complain. Tatsuo acts pleased and excited about every problem so the girls come to love it like a palace.

Cinfhen
TobeyTheScavengerMonk Much thanks to my nigh-3 year old for allowing me to use his book. 3y
TobeyTheScavengerMonk Recently saw online that this movie is so beloved in Japan that there is an EXACT replica of the house down to the tiniest detail and visitors can open all the cabinets and pick up and touch everything. 3y
mcipher I love love love that movie! Haven't seen it in years, I should watch it again. Also: there's a real cat bus in Japan, too. It's so cool (in pictures, sadly I have never seen in real life). 3y
See All 6 Comments
AMVP GKIDS and Fathom Events are having a series of theatrical screenings of Miyazaki movies throughout the rest of the year, and you know MNT is on the schedule. 3y
Cinfhen Love your thought process 💕💡💕 3y
TobeyTheScavengerMonk @AMVP Thanks for the heads-up! 3y
65 likes1 stack add6 comments