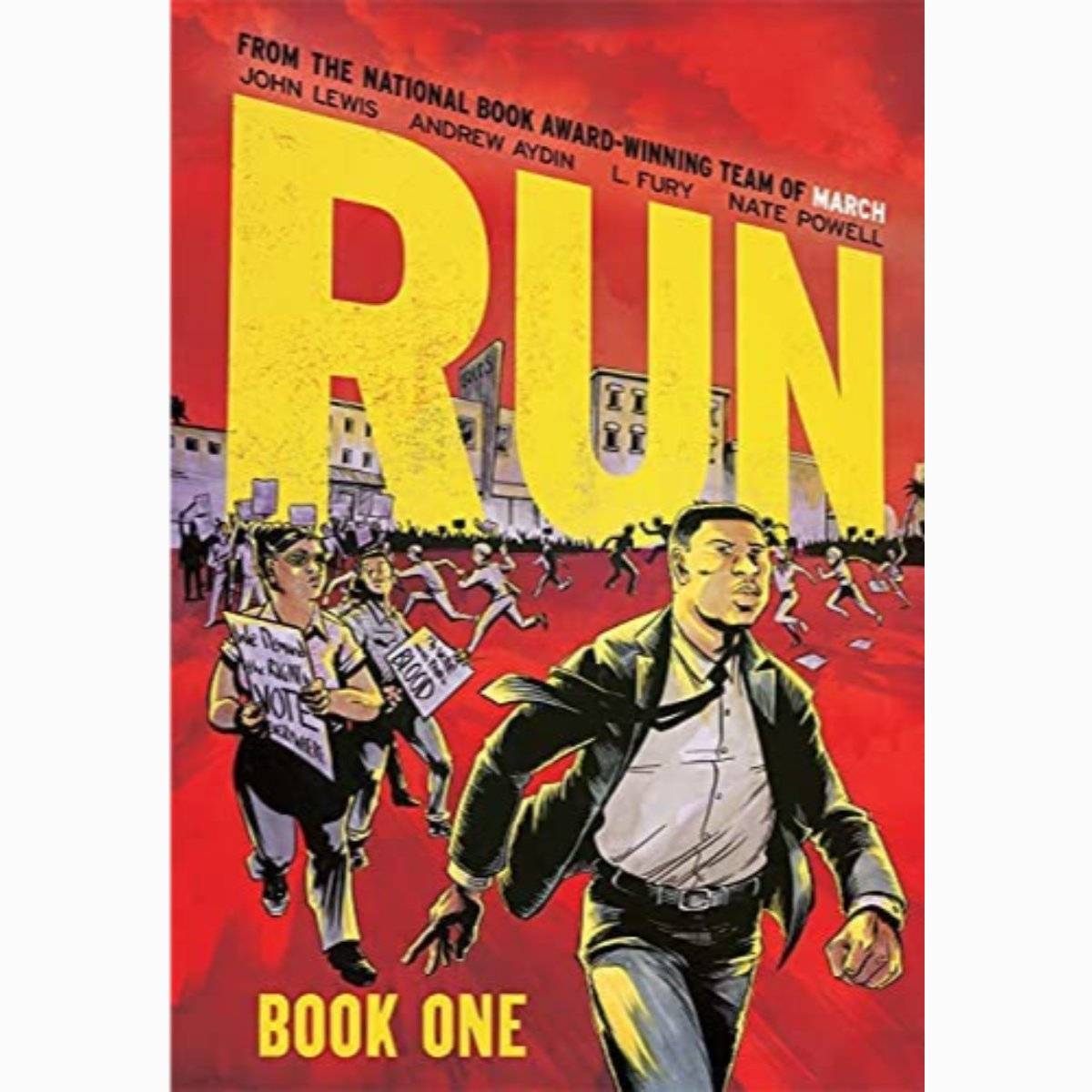 It is vile that months ago March trilogy & Run were banned in a PA Jail. Book 1 of March was released in '13 & the trilogy itself is one of the most important American political historical gn as it tells of Lewis life & his involvement with the Civil Rights Movement. Lewis, Aydin & Powell managed to give the movement a sense of relevance & urgency to the younger generation with their graphic history, without watering down the details.
#MLKDay

vivastory #januaryjazz @alwaysbeenaloverofbooks @eggs 2w
Eggs ❤️💛❤️ 2w
sarahbarnes I hadn‘t heard this. Ridiculous. 2w
See All 10 Comments
SamAnne Finished this trilogy last month. Wow. Not surprised, but still. 2w
Reggie They also just banned AP African American Studies in Florida. 2w
vivastory @Reggie I saw & sadly Desantis will most likely be next president 2w
Reggie @vivastory you think so? Geez, I hope not. 2w
vivastory @Reggie I have 2 theories, both involve Desantis. 1) Tr**p is indicted by the doj & drops out, leading Desantis to pickup the MAGA crowd. 2) Desantis gets the GOP nomination & Tr**p runs third party, thus splitting the republican vote. 2w
vivastory @Reggie This isn't my original idea. I think it was David Pakman who recently posted this & I think it makes a lot of sense. 2w
vivastory but scary too* 2w
82 likes10 comments

lynneamch
"In a Single Garment of Destiny": A Global Vision of Justice | Martin Luther King Jr. 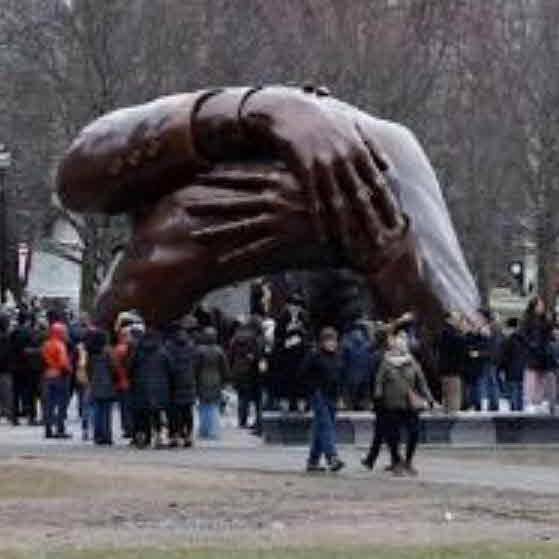 The Embrace, inpired by Coretta and Martin's hug after he was awarded the Nobel #Peace Prize. First on my itinerary next trip to #Boston. #JanuaryJazz #MLKday #MLK
@Alwaysbeenaloverofbooks @Eggs

59 long years and we are still waiting for Martin‘s Dream to come to fruition. The seminal speech of the 21st Century, but it feels at the moment as if this dream is moving further away than ever with so many right winged governments around the world. We must fight on!

This is the link for the speech which I often watch. https://youtu.be/smEqnnklfYs

CBee YES 🙌🏻🙌🏻🙌🏻 2w
Andrew65 I was going to tag Dear Martin by Nic Stone, but notice @Eggs already tagged that today. If you haven‘t read Dear Martin I urge you to read that book. Also everyone should also read the tagged book which for me left me reeling on so many fronts. Both these books address why we need to fight racism in every form! (edited) 2w
Eggs Well done 👏🏻 2w
76 likes1 stack add3 comments

I'm not American, so I am not able to produce my own photo for the challenge.
I still celebrate this incredible human being and everything that he stood for.

Thanks for the tag @Eggs

Eggs
Where Do We Go from Here: Chaos or Community? | Martin Luther King

Justyce McAllister looks to the teachings of Dr. Martin Luther King Jr. for answers. But do they hold up anymore? He starts a journal to Dr. King to find out…

Andrew65 I was going to post Dear Martin today, stunning book and everyone should read it. 2w
Eggs @Andrew65 🙌🏻🙌🏻 2w
59 likes2 comments