The Fellowship of the Ring: Being the First Part of The Lord of the Rings
J.R.R. Tolkien
14 users recently

Lake of the Ozarks: My Surreal Summers in a Vanishing America | Bill Geist
6 posts | 5 read | 5 to read
Before there was "tourism" and souvenir ashtrays became "kitsch," the Lake of the Ozarks was a Shangri-La for middle-class Midwestern families on vacation, complete with man-made beaches, Hillbilly Mini Golf, and feathered rubber tomahawks. It was there that author Bill Geist spent summers in the Sixties during his school and college years working at Arrowhead Lodge-a small resort owned by his bombastic uncle-in all areas of the operation, from cesspool attendant to bellhop. What may have seemed just a summer job became, upon reflection, a transformative era where a cast of eccentric, small-town characters and experiences shaped (some might suggest "slightly twisted") Bill into the man he is today. He realized it was this time in his life that had a direct influence on his sensibilities, his humor, his writing, and ultimately a career searching the world for other such untamed creatures for the Chicago Tribune, the New York Times, and CBS News. In LAKE OF THE OZARKS, Emmy Award-winning CBS Sunday Morning Correspondent Bill Geist reflects on his coming of age in the American Heartland and traces his evolution as a man and a writer. He shares laugh-out-loud anecdotes and tongue-in-cheek observations guaranteed to evoke a strong sense of nostalgia for "the good ol' days." Written with Geistian wit and warmth, LAKE OF THE OZARKS takes readers back to a bygone era, and demonstrates how you can find inspiration in the most unexpected places.

Pamwurtzler
Lake of the Ozarks: My Surreal Summers in a Vanishing America | Bill Geist 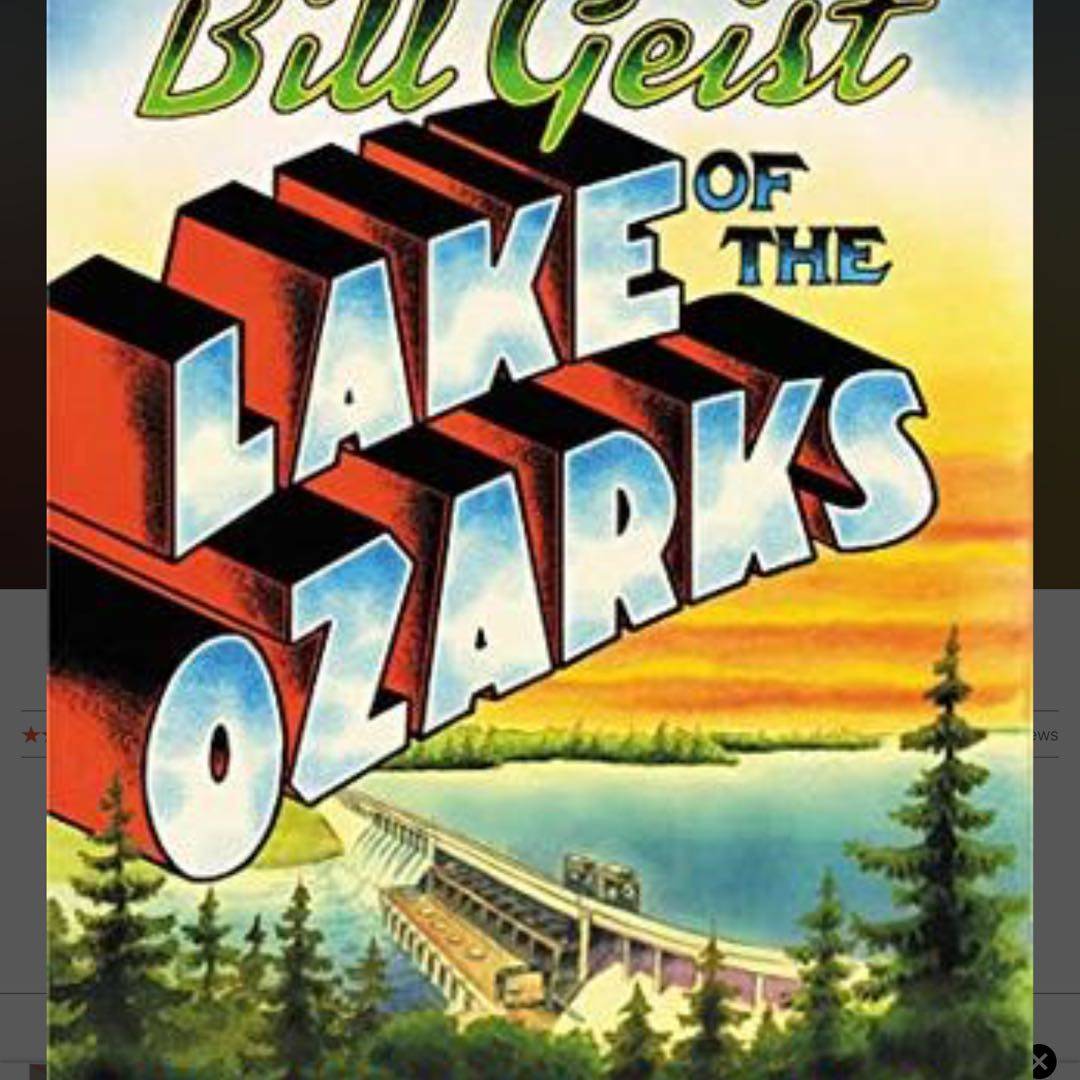 Post a cover you love every day for 7 days, no explanation. Play along!

Suet624
Lake of the Ozarks: My Surreal Summers in a Vanishing America | Bill Geist 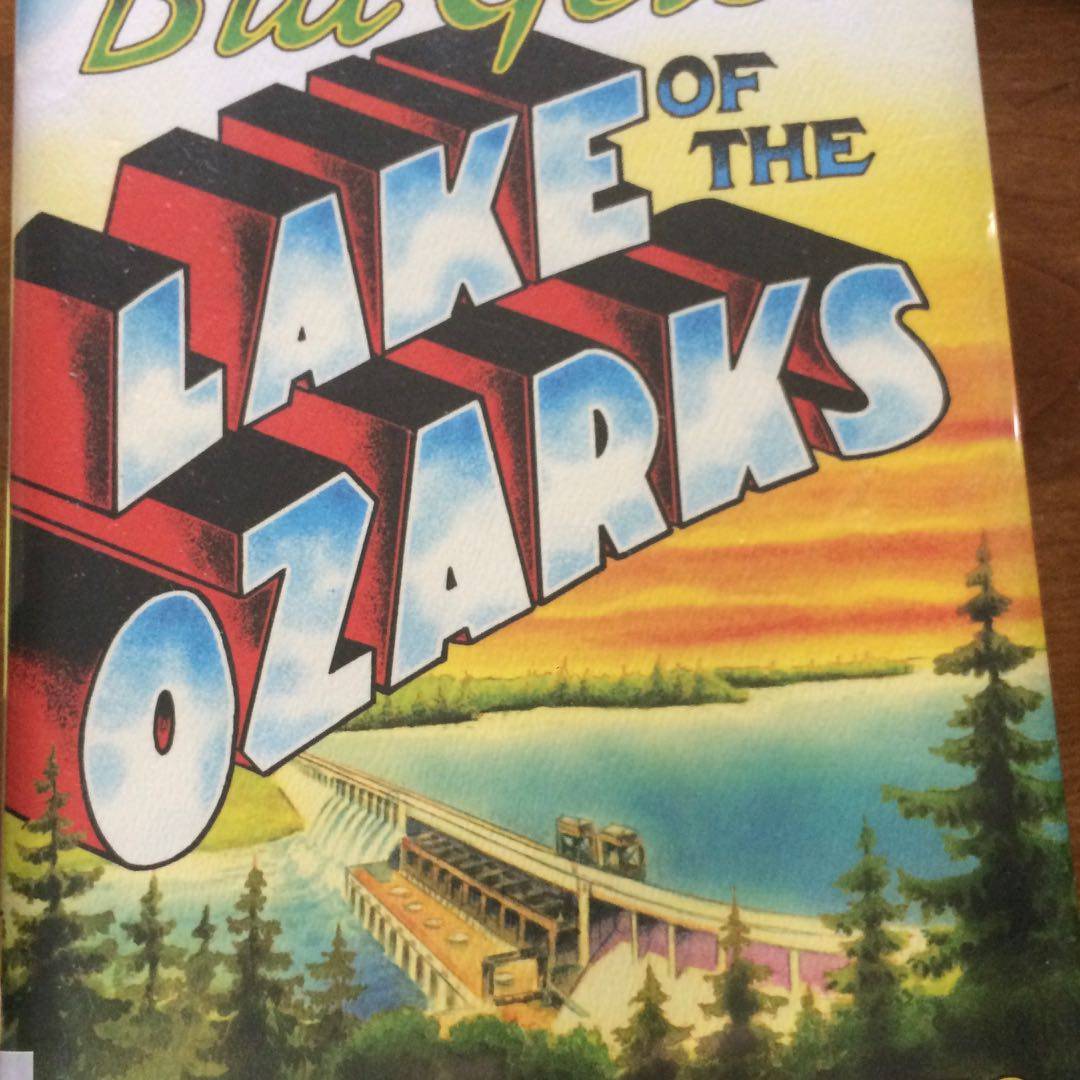 As a follow up to my last post. “In Whalen, Minnesota (population 62), folks had always wanted to have a parade but couldn‘t figure out a way to do it in a town less than two blocks long. They decided to have a “stand-still parade,” wherein the color guard ... marching bands, floats, horseback riders, and fire trucks (from other towns since Whalen didn‘t have any) stood still when the parade started and the crowd walked around the parade.” 😂😂😂

ValerieAndBooks He mentions this stand-still parade also, in this collection — its a clever idea 😊!

Way Off the Road: Discovering the Peculiar Charms of Small Town America
4mo
Suet624 @ValerieAndBooks I checked to see what you wrote about his other book. Might check it out. I absolutely loved the idea of a stand-still parade. I wonder if I could convince my village to try it out one year. 4mo
50 likes2 comments

quietjenn
Lake of the Ozarks: My Surreal Summers in a Vanishing America | Bill Geist

It's too hard to go further than the halal cart outside for lunch, but at least my reserve came in.

AlaMich This sounds very interesting, but I can‘t hear “Lake of the Ozarks” without thinking of the show Ozark on Netflix. 😬 5mo
56 likes1 stack add1 comment

imabusybee
Lake of the Ozarks: My Surreal Summers in a Vanishing America | Bill Geist

Final check in for #bfcr2 Too hot to cook inside and out!! So we cheated and got pizza. My over all workouts this past week was HOTT yoga but did get 6/7 days Steps were not made. Book totals 19/18 see you all in round 3 I cant wait...love my #teamflow you girls are GREAT!!

imabusybee #BFC #bfcr2 #bookfitnesschallenge @wanderinglynn @julesG @LibrarianJen @laurenslibrary @Moony @CocoReads @britt_brooke @Reecaspieces 6mo
Megabooks 👏🏻👏🏻👏🏻👏🏻🥳 6mo
Moony You're great, too! And yoga is wonderful! So you can delete the "only" ? 6mo
See All 7 Comments
julesG Yes, delete the only. You practically did Hot Yoga all week. 👏👏👏👏 6mo
wanderinglynn Way to go! 🙌 A fantastic week! 🎉 And I agree with @Moony and @julesG - delete that “only.“ Yoga is an awesome workout! 6mo
imabusybee @Moony @wanderinglynn @julesG Okay deleted💜🤗 6mo
wanderinglynn 👏 👏 👏 6mo
58 likes7 comments

rambiepaige
Lake of the Ozarks: My Surreal Summers in a Vanishing America | Bill Geist

Another day, another book!

Kaye
Lake of the Ozarks: My Surreal Summers in a Vanishing America | Bill Geist

This author spent his teen summers working at his aunt and uncle‘s Arrowhood resort lodge / restaurant on a lake in Missouri. He tells stories of some of the people he worked with and some of the memorable customers that attended the lodge through the years. It was a quite enjoyable trip down the author‘s memory lane. I also enjoyed his other book titled Way Off the Road. 4 🌟

Hooked_on_books Sounds fun! 8mo
Kaye It was a pleasant book. I like reading travel type stories about places I‘ve never been. Nice for my brain to take a vacation once in awhile from true crime. 😊. @Hooked_on_books 8mo
Librarybelle It does sound like a fun read! 8mo
99 likes1 stack add3 comments