How to Sell a Haunted House
Grady Hendrix
27 users recently

Magnolia (Music from the Motion Picture): Piano/Vocal/Chords | Aimee Mann
1 post
Soundtrack album-matching folio to the highly acclaimed Oscar-nominated film from writer/director Paul Thomas Anderson that interweaves stories inspired by the music of Aimee Mann. Her song "Save Me" was nominated for Best Song. Folio includes four-color 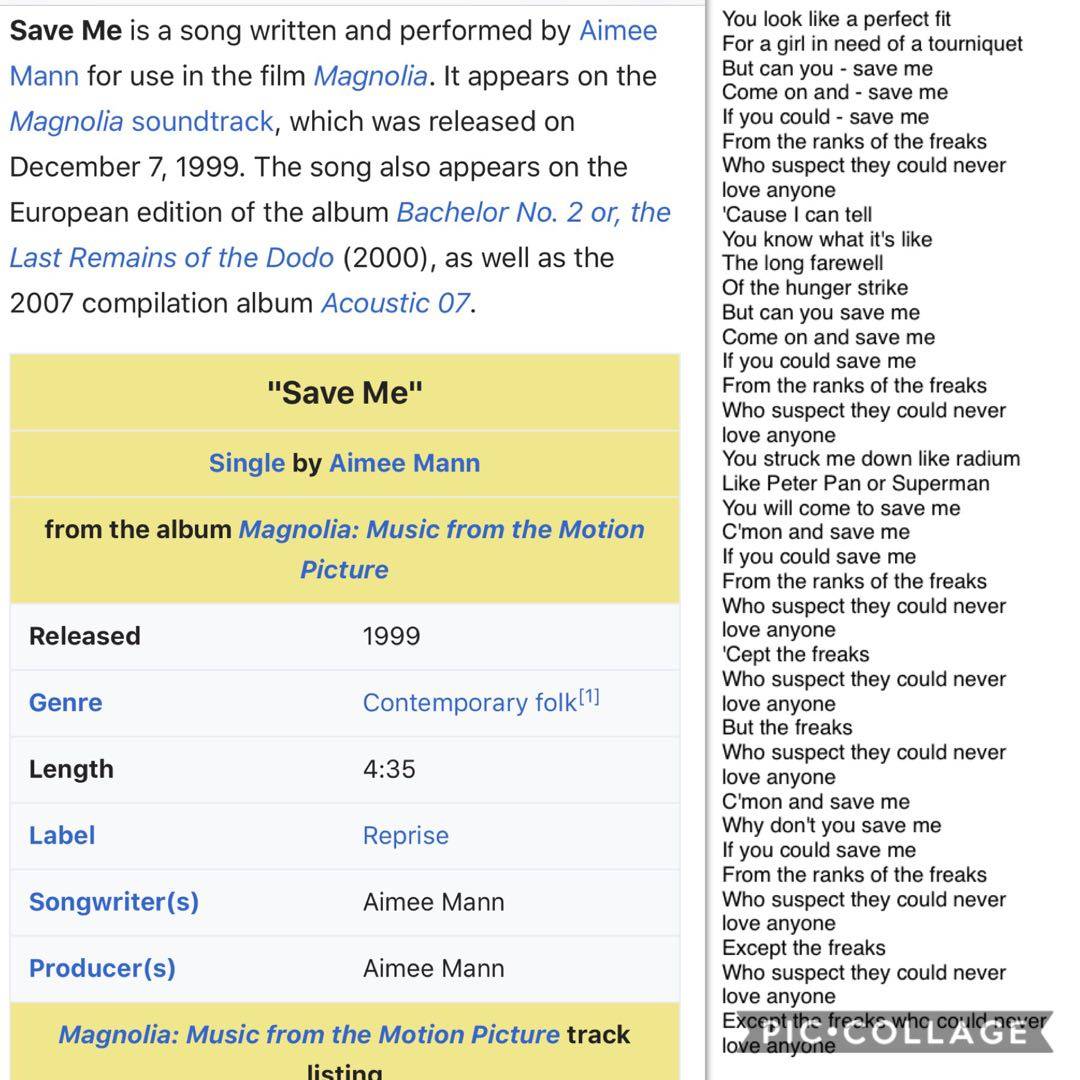 The music video, shot during the filming of Magnolia uses many of the film's actors, including Julianne Moore, Philip Seymour Hoffman, Tom Cruise, William H. Macy, and John C. Reilly. The video inserts Mann into various scenes from the film.

Besides Magnolia, the song has also been featured in episodes of the TV series Cold Case, Portlandia, Grace and Frankie, and HaShminiya, and the films The Jane Austen Book Club and The Edge of Seventeen.