Now Is Not the Time to Panic: A Novel
Kevin Wilson
10 users recently

The Blondes | Emily Schultz
13 posts | 12 read | 15 to read
A breakout novel for a young writer whose last book was shortlisted for the Trillium Prize alongside Anne Michaels and Margaret Atwood, and whom the Toronto Star called a "force of nature." Hazel Hayes is a grad student living in New York City. As the novel opens, she learns she is pregnant (from an affair with her married professor) at an apocalyptically bad time: random but deadly attacks on passers-by, all by blonde women, are terrorizing New Yorkers. Soon it becomes clear that the attacks are symptoms of a strange illness that is transforming blondes--whether CEOs, flight attendants, skateboarders or accountants--into rabid killers. Hazel, vulnerable because of her pregnancy, decides to flee the city--but finds that the epidemic has spread and that the world outside New York is even stranger than she imagined. She sets out on a trip across a paralyzed America to find the one woman--perhaps blonde, perhaps not--who might be able to help her. Emily Schultz's beautifully realized novel is a mix of satire, thriller, and serious literary work. With echoes of Blindness and The Handmaid's Tale amplified by a biting satiric wit, The Blondes is at once an examination of the complex relationships between women, and a merciless but giddily enjoyable portrait of what happens in a world where beauty is--literally--deadly. From the Hardcover edition. 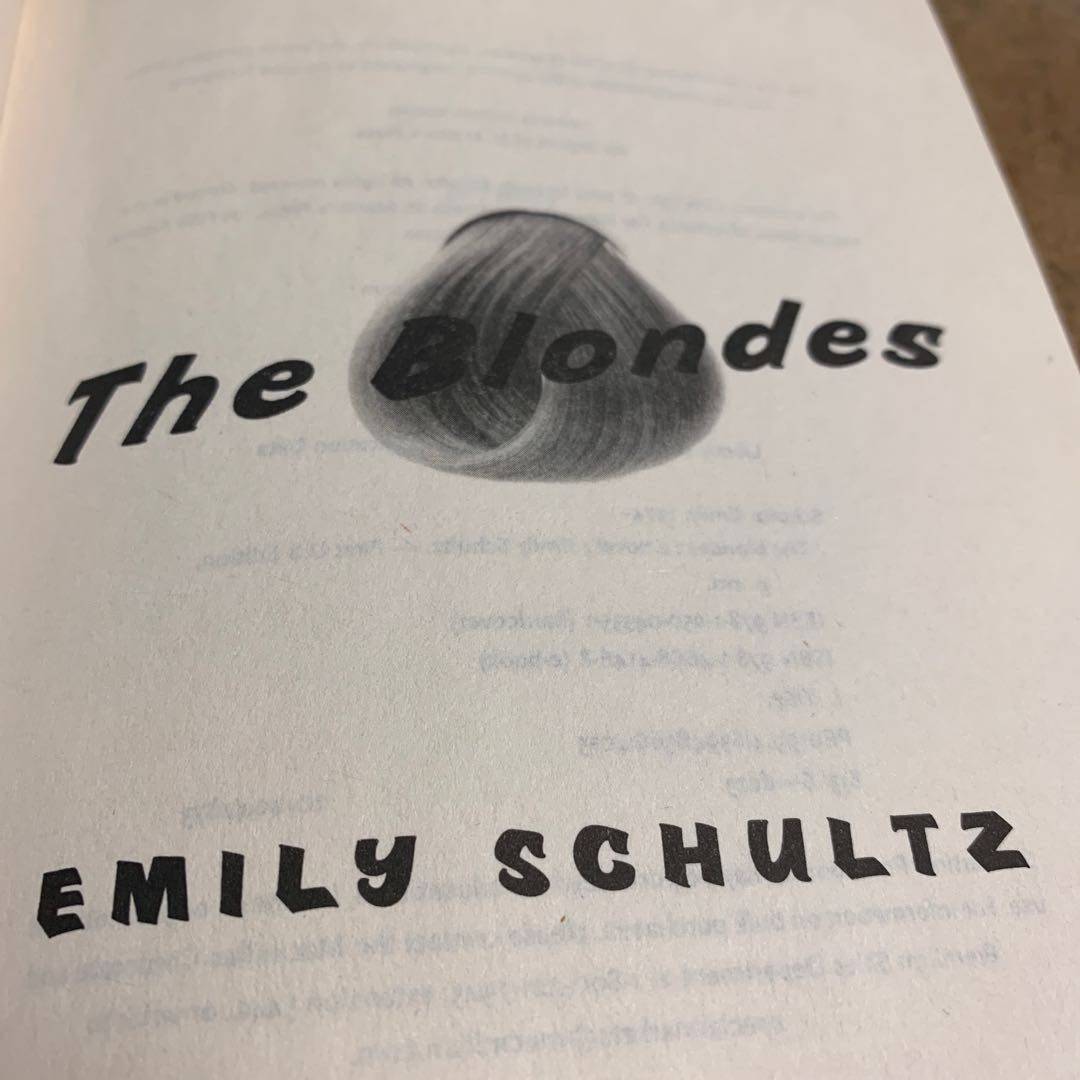 DNF of 123. At over a hundred pages into the book I should at bare minimum give a damn about the main character. However she, along with the rest of the story, were so incredibly dull I couldn‘t in good conscience continue. I tried. 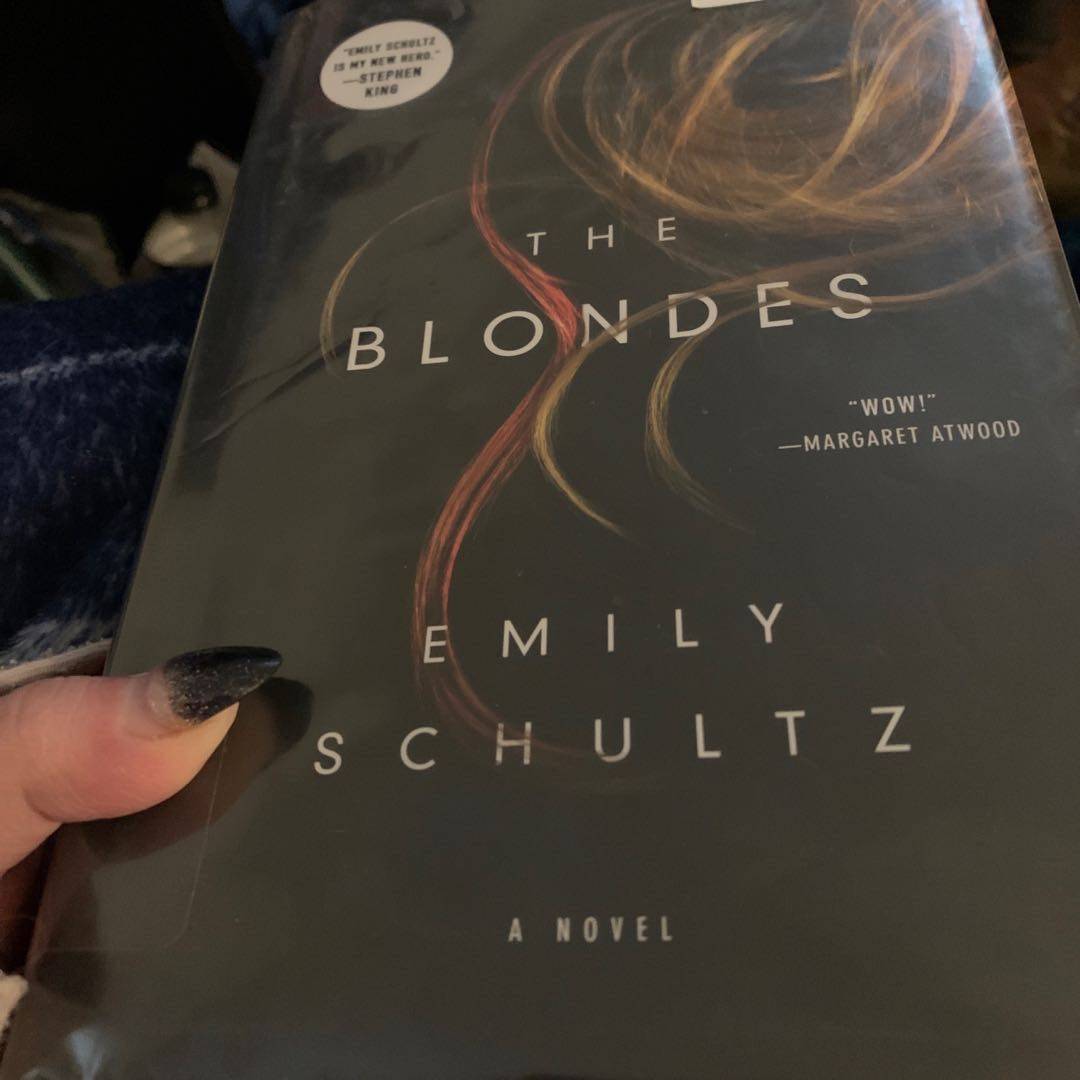 A chapter into my next book. Book 32. Pretty interesting so far and the premise is intriguing.

The premise had such promise, but I found the execution underwhelming. The most haunting part of the apocalypse was the protagonist‘s struggle to end her pregnancy.

Picked this up at Powell‘s when I was in OR. Started it on the plane home. Interesting premise but fell flat for me. I was hoping for more of a disease thriller type but it ended up being more romance gone bad.

SusanInTiburon Nice! I've always been curious about your Litsy handle: is your daughter a Kappa Delta? 6y
Kappadeemom No, I am a KD 🍀💚💚...and a mom, lol. @SusanInTiburon 6y
17 likes2 comments

annkuch13 Ooh we have the same countertops! 6y
16 likes1 comment

It‘s dark now, the kind of dark where there‘s nothing, where the world could cease to exist on the other side of that hill and you wouldn‘t even know it. It was only half an hour ago that the sky was holding the light among the branches, like water cupped between fingers and palms. Now it‘s so black out there, even the memory of light feels distant. You can hear the silence. It‘s like the sound of your own blood.

Hooked_on_books I loved the premise of this book. I felt it started strong but meandered a bit. It's definitely clever. 6y
16 likes1 stack add1 comment

Few things would make me rethink my one vanity of highlighting my ordinarily mouse-brown locks; this book contained all of those things. Thrilling and horrifying in a quiet, creep-up-your-spine sort of way, an excellent read and thoughtful meditation on beauty and society and the apocalypse, natch.

How to follow A Little Life? The obvious choice would be A Brief History, but this one looks way more fun. Also: ATWOOD.

MrBook I met her! Signed my copy too 😊. 6y
marita I really liked this one! I also took an online class with her and she's just lovely. 6y
BookBabe I was thinking we met her, @MrBook - glad I didn't imagine it. 😁 6y
MrBook @BookBabe 😉👍🏻 6y
42 likes8 stack adds4 comments

Picked up this book when I was browsing at the bookstore the other day. Hope it's good.

Interesting premise that didn't quite work.