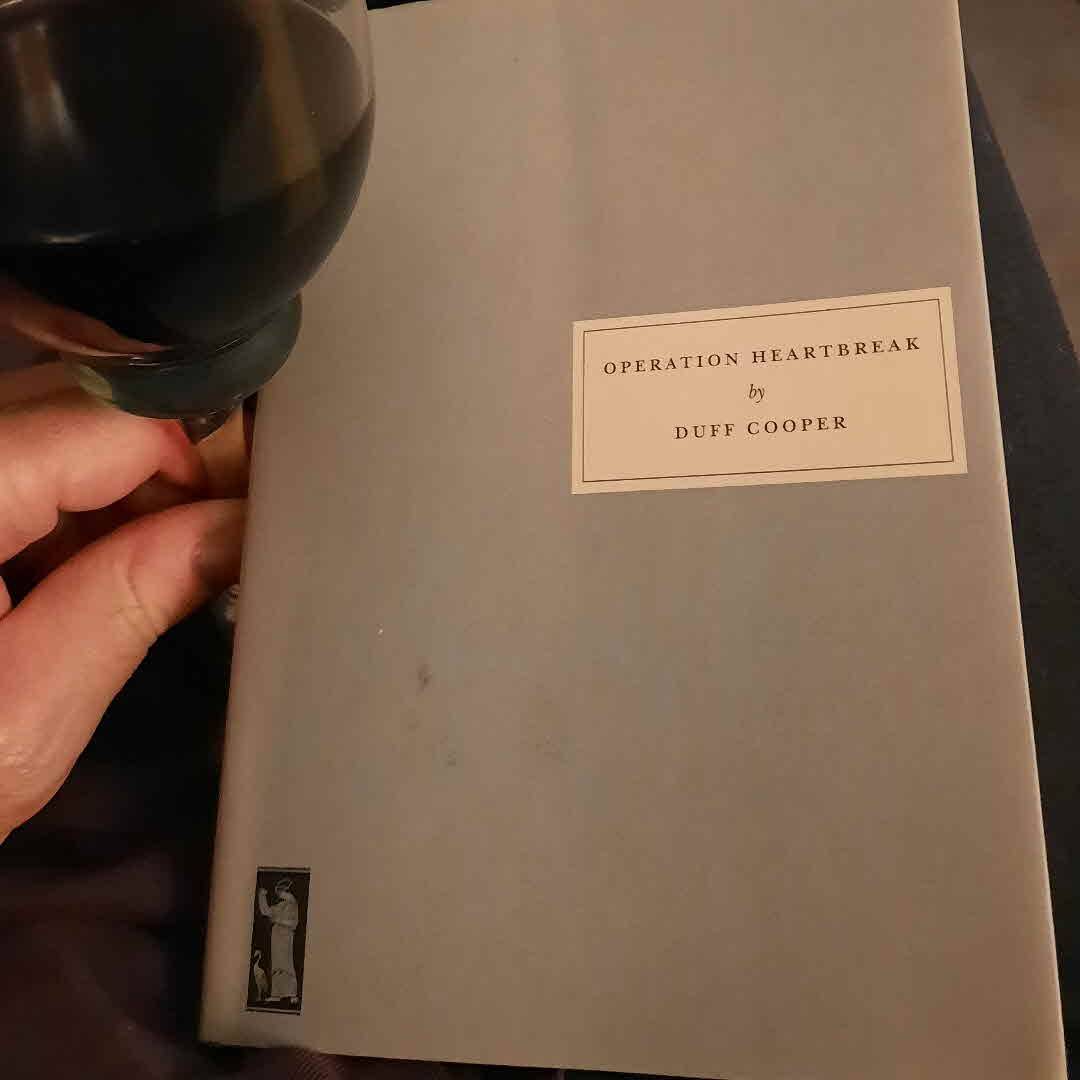 I wouldn't have found this brilliant book save for #persephoneclub . It's the combination of the history behind the story, that the author created a narrative for an unknown soldier, and the lives of the other characters, mrs Osborne, Horry, and garnet. It would be hard to read Felicity's letter w/o wondering about what might have been and noticing a bit of grit in your eye. There is so much restrained emotion, and lost lives. Loved it. 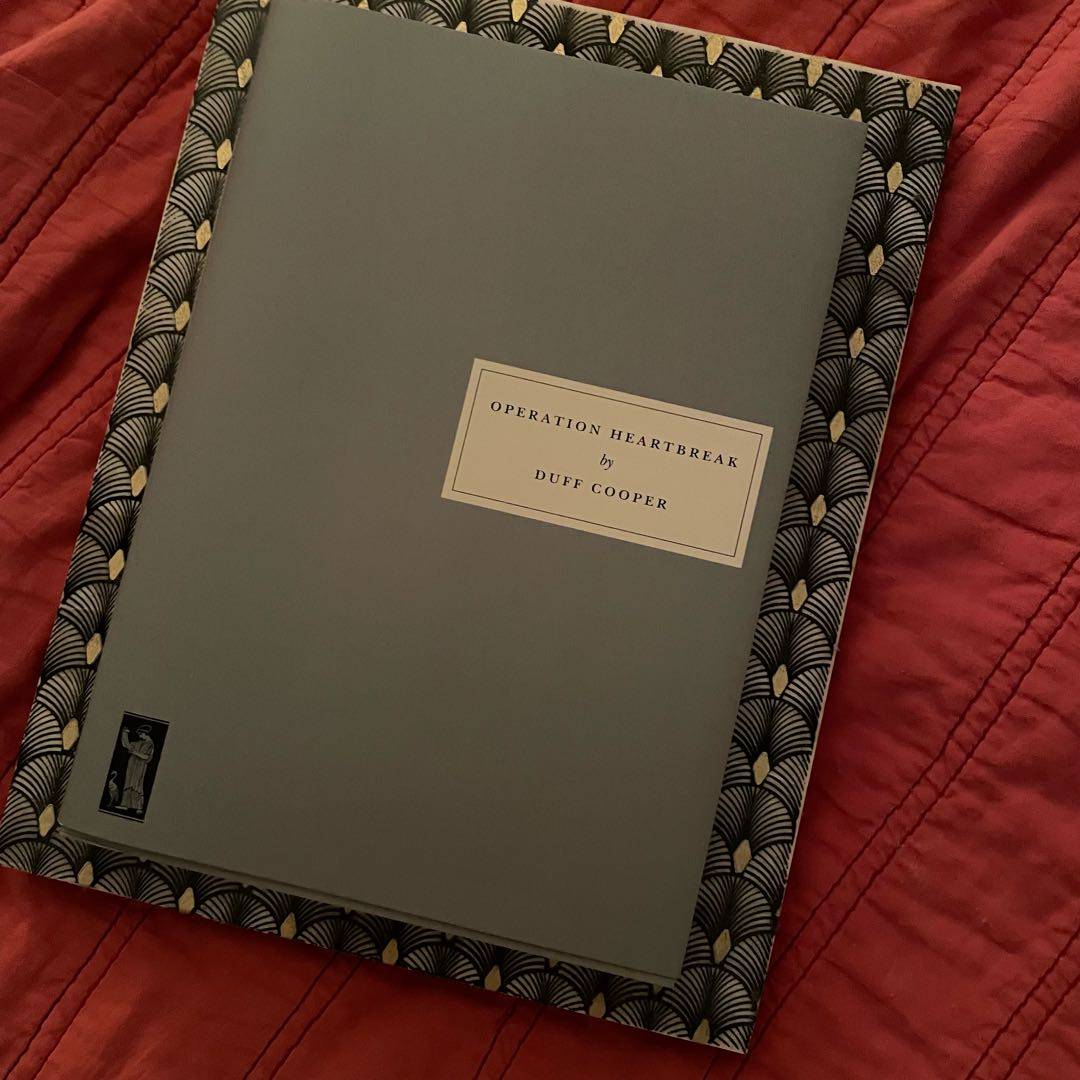 What beautiful writing in this novel of Willie Maryngton, a man too young for WWI, maybe too old for WWII .Willie dreams of glory on the battlefield, a career Army man who doesn‘t have much luck with the women in his life either.Don‘t want to say much more , just a wonderful read . Of course a Litsy book group put it on my radar! #PersephoneClub

CarolynM Glad you enjoyed it too🙂 1mo
LeahBergen I‘m so glad you liked it, too! 👏👏 1mo
60 likes2 comments

This is page 16 .Willie has such a romantic idea of the war. Reminds me of F.Scott Fitzgerald,he purchased his WWI uniform custom at Brooks Brothers , made it to training camp, the war ended before he could ship out.Despite other writers than were in the war telling how awful it was,still so disappointed he didn‘t go, it haunted him.Robert Hughes art critic felt the Picasso or Miró of Britain died on Flanders fields.So many young Brits lost in WWI

CarolynM Siegfried Sassoon also describes buying his WWI kit in great detail in Memoirs of a Fox Hunting Man - it would be funny if it weren‘t so tragic. Hughes makes a good point and while some great poetry came out of the war, I always wonder how much other great poetry died with Owen, Brooke and who knows how many other young men. 1mo
Leftcoastzen @CarolynM Yes , those poets where so amazing.Such an interesting period to read about.Between modern warfare and other technological development the world was changing fast. 1mo
38 likes2 comments

This is a book that would probably never have been on my radar if not for our #PersephoneClub. I loved it, even though it was indeed heartbreaking.

Tamra Pretty pic! 2mo
CarolynM So glad you enjoyed it too💕 2mo
LeahBergen I know! I‘ve read about it for ages in the Persephone catalogue and never ordered it. Well, I ended up loving it, so a big “thanks” to @CarolynM for choosing it for us. 👏👏 2mo
Cathythoughts I agree , so good and so heartbreaking. 💔 2mo
Sparklemn Agreed. Thanks @carolynm for the pick! 2mo
70 likes2 stack adds5 comments

Thank you to the #persephoneclub for introducing me to this lovely little book. I‘ll add my thoughts below with a spoiler tag.

rubyslippersreads, quietjenn, CarolynM, LeahBergen, elkeOriginal, mklong, andrew61, Cathythoughts
Sparklemn Is it weird that I found the ending joyful? As Felicity said, this is what Willie would have wanted. I loved that they even gave him the promotion. (edited) 2mo
Sparklemn One thing that puzzled me - what was the purpose of having Willie hook up with Daisy later in life? 2mo
Sparklemn The character of Daisy reminded me of Daisy from Great Gatsby. Not sure that there are many similarities other than the name but she kept popping into my head. (edited) 2mo
See All 7 Comments
CarolynM I don‘t know about joyful, but I certainly thought there was a kind of redemption for Willie‘s unfulfilled life in the end. 2mo
Cathythoughts It was a great book. I‘m still not sure how I feel about the ending … I keep turning it over in my mind. If Willie had been a loved one of mine , I‘m not sure what decision I would have wanted for him. @CarolynM 2mo
LeahBergen I know just what you mean! I felt a certain happiness(? I guess? 😆) at the poignancy of Willie‘s death and the use of his mortal remains for a greater cause. 2mo
rubyslippersreads I think I would say that it was a poignant but satisfying ending. 2mo
38 likes7 comments

Oh, this short novel (based on true events) hit me right in the “feels”!

It‘s the story of a career soldier, Willie Maryngton, who is devastated to be too young to fight in WW1 and too old for WW2. I shan‘t say anymore as it‘s best to go into this one completely blind but tell me what you thought of it, #PersephoneClub? I loved it!

PS: My Grandad‘s war medals. The 4th one is the Italy Star … and after reading the afterword? 😭

rubyslippersreads, quietjenn, CarolynM, elkeOriginal, Cathythoughts
vivastory That's neat that you have your granddad's war medals. I have the flag that was raised over the capitol several years ago for my grandfather, a pow. 2mo
LeahBergen @vivastory Oh, how amazing is that? ❤️❤️ 2mo
andrew61 Lovely photo Leah, thanks or sharing the medals ,something to be very proud of. 2mo
See All 16 Comments
Cathythoughts Heartfelt review Leah X and your granddad ♥️♥️♥️. I must put up my review when I get home this evening. I loved it too 💔 2mo
EvieBee 😘 Thank you for sharing. ❤️❤️ 2mo
LeahBergen @andrew61 Thanks, Andrew! 😘 2mo
LeahBergen @Cathythoughts Thanks, Cathy! 😘 Off to read your review now… 2mo
LeahBergen @EvieBee 😘😘 2mo
elkeOriginal I love the medals - SO cool you have those! 2mo
quietjenn Really cool that you have those medals. Thanks for sharing! Y'all are making me very excited for this one, so I'm hoping to read it this weekend. 2mo
CarolynM I enjoyed it very much. I‘m also glad I didn‘t know what to expect 😮🤫 2mo
LeahBergen @elkeOriginal Thanks! 😘 2mo
LeahBergen @quietjenn Thanks! 😘😘 2mo
LeahBergen @CarolynM Exactly! It made it so much more powerful. 2mo
Sparklemn Great pick for #persephoneclub. So glad I could join you for the read! I‘ll post my review shortly. 2mo
BiblioLitten 💕 2mo
71 likes3 stack adds16 comments

I know most of the #PersephoneClub haven‘t finished reading yet & I don‘t want to give anything away, so I‘ll just say I didn‘t know anything about the story when I chose it and I was quite surprised by it. It‘s a great read - I didn‘t want to put it down last night and then I couldn‘t put it down today until I‘d finished. I loved the afterword too - I think my favourite thing about the whole book was Duff Cooper‘s defence for publishing it.

rubyslippersreads, quietjenn, LeahBergen, elkeOriginal, mklong, andrew61, Cathythoughts, Sparklemn
LeahBergen I‘ll come back and read this when I‘m done, too! 😆😆 2mo
quietjenn You are certainly making me curious! 2mo
LeahBergen I didn‘t know any of the actual history either! I was gobsmacked when he died of pneumonia 😮😮 2mo
See All 6 Comments
CarolynM @LeahBergen That took me completely by surprise too! I had heard the story before (on QI, that great disseminator of eccentric information🙂) but I had no idea that this was the fictionalised version. I loved that he wasn‘t worried about the “secret” getting out since “Churchill would constantly re-tell the story … at dinner parties” 🤣🤣🤣 2mo
Sparklemn @CarolynM I loved the Churchill comment as well! 😆 2mo
rubyslippersreads I don‘t remember hearing the story before, but my brother (a big WWII buff) remembers our dad telling him about it. So maybe I‘d just forgotten, because I did start to realize what Willie‘s ultimate fate would be. (Also based on knowing the name of the new movie. 😏) However, that in no way spoiled the book for me. 2mo
58 likes6 comments

😂😂😂 But how much do you think actually Duff Cooper believed this (or something like it)?

It‘s now June so that means it‘s time for one of our #PersephoneClub reads!

@CarolynM ‘s pick for us this month is Operation Heartbreak by Duff Cooper. This is a casual buddy read; read and comment on each other‘s posts and reviews as you see them. We usually aim to finish by the middle of the month but that‘s not written in stone. 😉 And anyone is welcome to read along with us, of course!

rubyslippersreads, quietjenn, elkeOriginal, mklong, Tamra, andrew61, Cathythoughts, Sparklemn
willaful Is Persephone similar to Virago? I'd like to join in but I don't think I can get ahold of the book. :-( 3mo
Tamra I‘m going to sit this one out, but thank you Leah for tagging me! 🤗 3mo
LeahBergen @willaful They‘re quite similar! Persephone publishes forgotten works of the mid-20th century (primarily) by women (primarily). 😆 I know some Persephones are available as e-books so join us if you can! 3mo
See All 14 Comments
LeahBergen @Tamra No problem! 😘 3mo
willaful I'm so happy that Litsy has people who enjoy reading these older books. I never found such like-minded people at GoodReads. 3mo
LeahBergen @willaful I know! It‘s great. 😊 3mo
CarolynM Looking forward to getting started🙂 3mo
Cathythoughts Thanks Leah ! Ive made a little start and it‘s going to be hard to put down , loving it 👍🏻❤️ 3mo
LeahBergen @CarolynM It‘s off the shelf and sitting on my desk now. 😆 3mo
LeahBergen @Cathythoughts That‘s what I was thinking, too, so I‘m waiting to start it after I‘ve finished a bit more of the other books I have on the go! 😆 3mo
elkeOriginal Life is too busy right now so I too am sitting this one out. I look forward to your posts though in case it turns out to be one I need to read! 3mo
LeahBergen @elkeOriginal No problem! 😘 2mo
Sparklemn I ordered several books from Persephone a few weeks ago but am still waiting on this one. So excited to get started! 2mo
LeahBergen @Sparklemn I love a good Persephone order! I hope they arrive soon. 🤞 2mo
51 likes14 comments