It‚Äôs fun. ‚ÄĮIt‚Äôs simple. ‚ÄĮIt‚Äôs all about the book. Sign up and get a little Litsy.

Adele | LeÔla Slimani
22 posts | 24 read | 31 to read
AdŤle appears to have the perfect life. A respected journalist, she lives in a flawless Parisian apartment with her surgeon husband and their young son. But beneath the veneer of 'having it all', she is bored - and consumed by an insatiable need for sex, whatever the cost. Struggling to contain the twin forces of compulsion and desire, she begins to orchestrate her life around her one night stands and extramarital affairs, arriving late to work and lying to her husband about where she's been, until she becomes ensnared in a trap of her own making. An erotic and daring story - with electrically clear writing - AdŤle will captivate readers with its exploration of addiction, sexuality, and one woman's quest to feel alive. 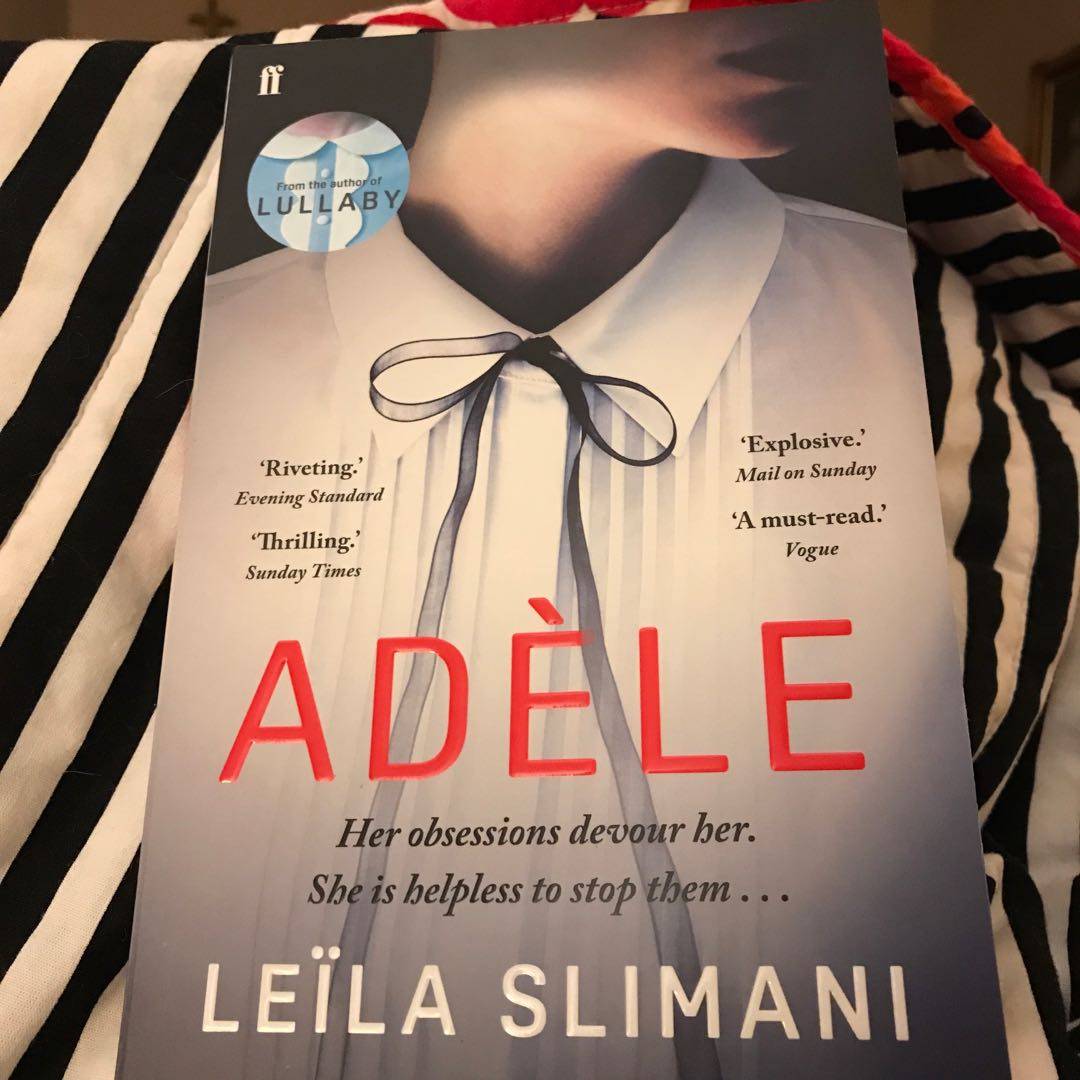 I wanted to like this but... a troubled woman, a husband that can‘t let go... I see why so many liked it. For me, it just made me incredibly sad. I will say the translation was excellent though.

teainthelibrary I feel weird saying that I enjoyed this, because the story and the characters are just terrible ūüėā 2w
Twocougs @teainthelibrary Don‘t feel bad. There was much about it that was good. It just touched me in such a sad, horrible way. 2w
34 likes2 comments 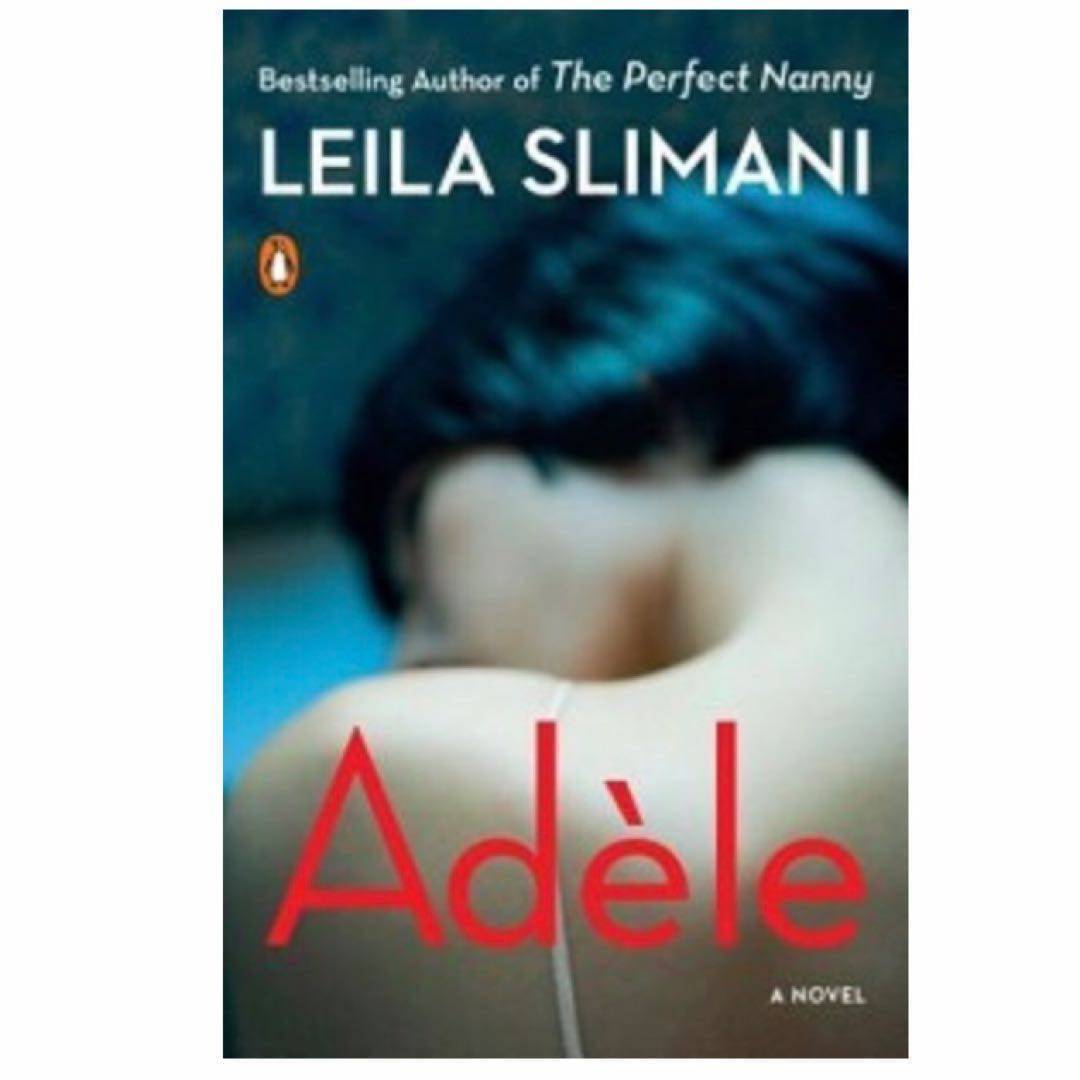 Primarily interested in making men want her, Adèle deprives her body of food but exposes it to encounters that risk her life as a wife and mother. I wanted to understand what was at the root of Adèle‘s apparent addiction to sex more than I did. I also wanted to like her more than I did (she‘s cold, spoiled, conceited and selfish). However, it was a fascinating look at compulsive behavior.

Adèle seems to have the perfect husband and son and life in Paris, but her secret addiction to sex with strangers that threatens to destroy it all.

I was expecting more from it, but interesting the way she describes the way the main character feels.
Good reflection about motherhood as well, and society expectations even that is not the main story.

Fascinating, challenging read about the tension between a woman‘s desires and her societal role as a wife and mother. It reminded me q lot of Kate Chopin‘s The Awakening, and in the author‘s notes, she mentions being inspired by Madame Bovary and Anna Karenina. It‘s also very, very French.

See what I checked out at the library ūüėĚ.

Got back from the library and finished this without putting it down. It's so good. A lot of sex, not gratuitous though. Short review sorry, need bathroom and lunch!

I‘ve read some really well translated books recently - and this is another of them. Adele appears to have a wonderful life: good job, surgeon husband and a beautiful son. Except she‘s not happy, and seems to have a sex addiction - and uses it to punish herself, I thought. A really desolate book, not one to read if you‘re feeling low - this will do you no favours. But I loved it! And another unresolved ending that I seem to love ūü§∑ūüŹľ‚Äć‚ôÄÔłŹ

This one was mixed for me. I did enjoy the book but I wasn‘t a fan of the ending.

Cinfhen, Reviewsbylola, emilyhaldi, Mdargusch
Reviewsbylola This sounds like quite the book! Adele‘s sex compulsion reminds me a bit of the narrator in Tampa. Hopefully Adele‘s conquests are all of legal age. ūüėÜ 10mo
Mdargusch Hmmm. I‘m going with the singer too. This book would not be my cup of tea. ‚ėēÔłŹ 10mo
squirrelbrain Yes, I heard it‘s a bit ‚Äėodd‘ and more than a bit naughty! ūüė≥ 10mo
See All 7 Comments
Cinfhen Clever!! I read this book as an ARC a few months ago...I don‘t remember much about it but I think I only gave it a so-so 10mo
TrishB @squirrelbrain yes there are lots of comments about it being ‚Äėracy‘ on Amazon! 10mo
gradcat I sure do like the author, though...too bad this one didn‘t work for you guys. I rather liked

A good start to my Spring holidays: I finished my library‘s reading challenge (only 6 books, but I keep requesting NetGalley books, and that list has gone into double figures now ūüėā), and these holds all came in at once!
I‘m on a mission to think of something positive every day after I lost a friend to suicide last week, and I think she‘d like today (she was a librarian at my library). She always borrowed the books I liked after I‘d finished ‚Ě§ÔłŹ.

RadicalReader Love when you can happily binge read books by your favorite author 10mo
LittleRedReadingHood @RadicalReader It is literally the greatest thing. This was a very good book but I definitely preferred Lullaby by the same author more 10mo
2 likes1 stack add2 comments

My second book by Slimani whose Adele reminds me of a modern Madame Bovary. Perhaps a secure married life and motherhood I s not for everyone. I thought the characters were well developed even if not likable. Recommended.

A psychological study of a flawed character. From outward appearances, Adele has a flourishing career as a journalist, a successful marriage, and a happy son. However she feels empty inside and fills that void with extramarital affairs. An interesting look into sexual addiction and a damaged person's psyche.

My tbr pile for February. Short month so likely too ambitious!

charl08 Good luck! I loved Washington Black: looking forward to her next one. 12mo
21 likes1 comment

Another gem I picked up from my library. ūü§ď

Starting this one before bed.

SassyPants617 I loved it. Just wondering how you felt about to. ūü§ď 11mo
31 likes4 stack adds1 comment

I think I need to go back and reread the Unbearable Lightness of Being after reading this book.

#ARC #NetGalley #KeepingItReal #MoreMehThanYeah #BorrowNotBuy
I‘m not sure this book will resonate well with most readers. Aside from the MC being really unlikeable, there isn‘t much of a story here. I think Lullaby/ The Perfect Nanny was a much more compelling story. I do like the edginess and rawness of Slimani‘s writing and I‘ll definitely continue to read more from her, but this book was just ok.

TrishB Lovely review ūüĎćūüŹĽ not one to add to lists currently. 13mo
Cinfhen You can definitely wait for a #KindleDeal @TrishB 13mo
RadicalReader @Cinfhen I truly loved The Perfect Nanny kept me glued and flew from chapter to chapter as if by catapult 13mo
See All 8 Comments
Cinfhen That‘s why I think this one was a bit disappointing @RadicalReader ūüėĒthe pages did fly by but the story wasn‘t as compelling 13mo
RadicalReader @Cinfhen felt the same about Josh Malermans second novel when Bird Box was original and gripping and terrifying how his second was flat Boring and listless 13mo
Cinfhen Ugh!! Disappointing when you have high expectations @RadicalReader 13mo
Cinfhen Here◊≥s my review @TrishB I was kind of vague so I still don‘t remember much about this bookūü§∑‚Äć‚ôÄÔłŹ 10mo
TrishB ūüĎćūüŹĽ even more negative on Amazon! 10mo
105 likes1 stack add8 comments