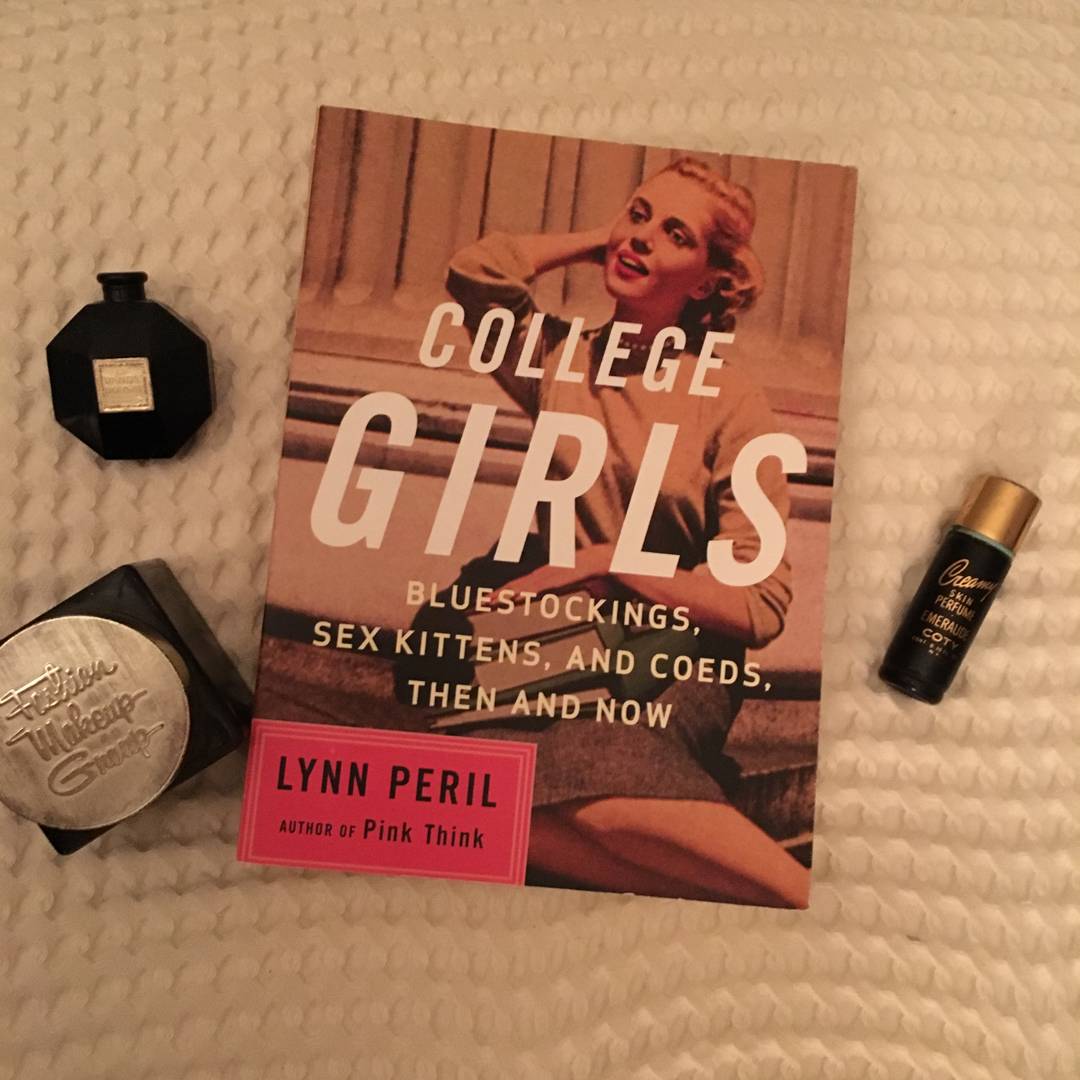 #SeptemberDanes #lipsticklies If we send our girl to college will she turn out to be a sex kitten in a teddy or a geek in glasses?There was no end to speculation & articles in popular magazines predicting dire consequences of higher education for women from the earliest days till now.I love that this book can capture a serious topic with such humor & insight.Hey maybe she wants an education for a better quality of life and some opportunities?🤔

Cinfhen, Kalalalatja
Cinfhen Wow!!! So shocking...we‘ve made SOME strides💪🏼love the photo 💄 1y
Kalalalatja Yes great photo, and interesting book 👏👏 1y
merelybookish Wasn't it all about finding a husband? 🙄 1y
See All 6 Comments
Mdargusch Great photo! 1y
Leftcoastzen @Cinfhen @Kalalalatja @Mdargusch Thanks! 1y
Leftcoastzen @merelybookish in fact, they cover the point of view that it‘s more of a “finishing school” and snag that man with potential before he leaves campus!🤣😬Also ,There is a photo from a Cornell class on how to maintain and use an iron. 1y
46 likes1 stack add6 comments 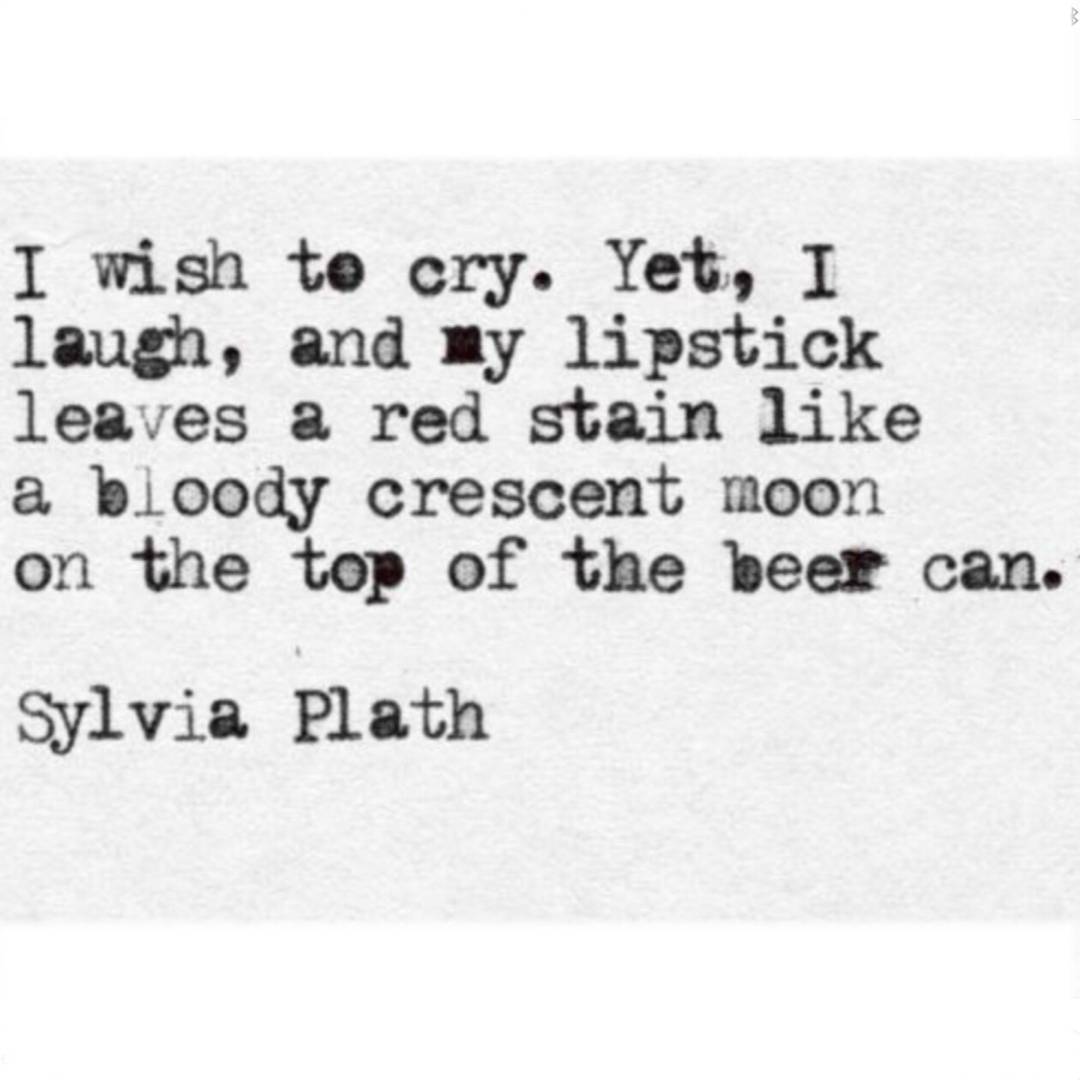 She is wearing lipstick 💄

Today's prompt #LipstickLies made me think of the character of Marlena from this book... This is a twisted story about teen friendship if you're interested. Not bad at all!

Kalalalatja That @Cinfhen is a real #bookfairy 💕👌 1y
Cinfhen Yay!!! It's a great choice for this prompt!!! And a book I didn't much care for so was super happy to share 💗 I'm glad it found a new home 🏡 @Kalalalatja 1y
InBooksILive I got this for BOTM awhile back but it was kind of a so-so read for me. I didn't hate it but I didn't love it 1y
See All 8 Comments
vivastory I really liked this one 1y
ephemeralwaltz @Cinfhen @InBooksILive Yeah I felt similarly. Not bad but I didn't love it. I recently lent it to a friend, hopefully she'll enjoy it more! 😘😘👌 1y
ephemeralwaltz @vivastory I'm glad to hear that! Did something stand out to you in particular? I loved the chapters set in the present. 1y
vivastory The boredom & pervasive hopelessness felt like a very honest portrayal of rural adolescence. I was also really struck by how aware Cat was of Marlena's destructive tendencies. She was mesmerized by her & even jealous of her, but also really cautious. The present sections when we glimpse Cat's alcoholism really put a different spin on her perception of Marlena's unhealthy behaviors. 1y
ephemeralwaltz @vivastory you're very spot-on with how Cat is cautious of Marlena. We don't get many stories about that acknowledgement of the manipulative friend and, even then, how drawn the other friend is to those dynamics! 1y
50 likes8 comments

"You were dead, you were sleeping the big sleep, you were not bothered by things like that, oil & water were the same as wind & air to you."
Philip Marlowe makes his debut in Chandler's classic hardboiled novel. General Sternwood hires Marlowe to deal with the attempted blackmail of his daughter Carmen. Plenty of twists & double crosses as Marlowe navigates L.A. in pursuit of the truth.
#LipstickLies #SeptemberDanes
@Cinfhen @Kalalalatja

Kalalalatja I‘m a bit surprised by how many books have Lipstick in their titles 💄💄 1y
GripLitGrl @Kalalalatja yes me too! 1y
Cinfhen Was just thinking the SAME THING!!! I'm enjoying all the titles though 💋 1y
43 likes3 comments

#lipsticklies #septemberdanes
One off Hubby‘s pile (well sort of as I can‘t actually find on the shelves because they‘re in no order!)

Cinfhen, Kalalalatja
Kalalalatja 💋💄👄👌 1y
Cinfhen Another fabulous pick 💋💄👄💄 1y
Velvetfur Ooohhh Lipstick Jungle! I forgot about that, I read it years ago! Did you watch the tv show too? I loved that as well! Aahh thanks for the happy memories 😊 1y
DivineDiana @velvetfur Yes, I did! Would love to revisit some time! You‘re welcome! 🙂 1y
68 likes4 comments

“.. Now and then you close your eyes
To see the heartbreak in disguise
Kiss them off with Lipstick Lies
Lipstick Lies won't hide the truth...”

These mothers of the children of Pirriwee Public School have secrets of their own and have certainly been telling some white lies and #lipsticklies .💄👄👄👄💄
#SeptemberDanes

Cinfhen, Kalalalatja
Kalalalatja Great pick! 👌 1y
erzascarletbookgasm @Kalalalatja I just realised there‘re several songs with the same title and the lyrics I featured above is NOT from Julias Moon! 🤦‍♀️ 1y
ephemeralwaltz Great pick! 1y
Kalalalatja Haha, no worries, it is still a good pick 😄👌 1y
Cinfhen Very well played, EVEN if it's a different song 😹😹😹 1y
78 likes5 comments