How to Sell a Haunted House
Grady Hendrix
27 users recently

swynn
When the Emperor Was Divine | Julie Otsuka 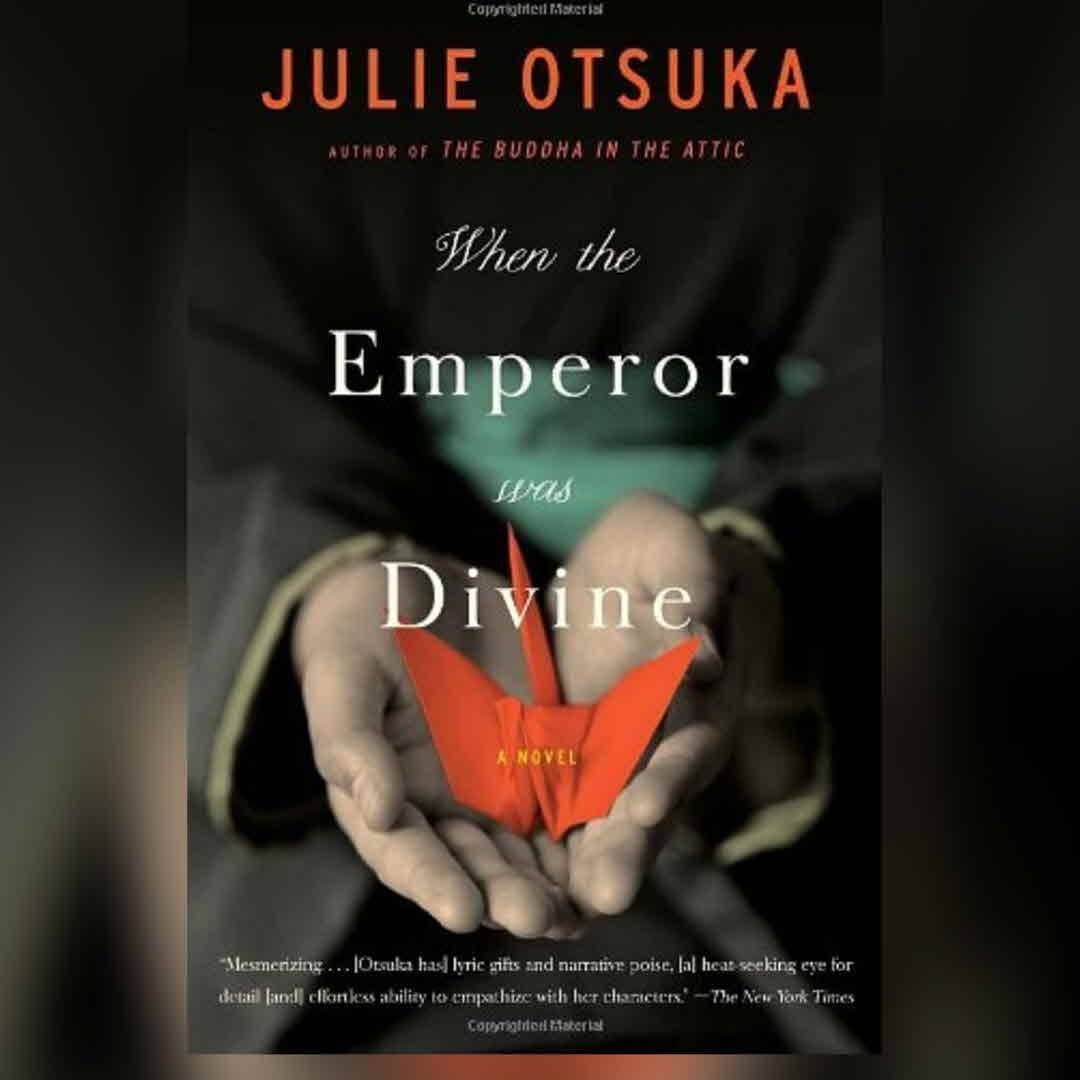 (2002) It's a small, lean story about a family taken into an internment camp during WWII. It's powerfully effective in communicating both the experiences of the imprisoned Japanese-Americans, and the outrage of the nation's actions. Highly recommended.

Also: banned from the curriculum in a Wisconsin school district for being too one-sided. Which pretty much tells you which side the school board is on. And why we need to keep reading #BannedBooks

swynn Also: this was my #BookSpin read for November, which I completed just under the wire. Thanks @TheAromaofBooks ! 2mo
Texreader Great review. Thank you!! 2mo
TheAromaofBooks Great progress!! 2mo
See All 8 Comments
jlhammar This was banned? That is insane. Great book. 2mo
swynn @jlhammar Right? The story as I understand it is, that some new school board members had campaigned on fighting “critical race theory,“ and (apparently finding few better targets) worked to ban WTEWD from the curriculum.
https://wisconsinexaminer.com/2022/06/22/wisconsin-school-district-rejects-book-... 2mo
jlhammar Wow, that is really disheartening. Thanks for the link! 2mo
CuriousG @swynn This is infuriating! It seems to me that the same people who are always saying "you can't erase history - you should learn from it", in relation to their opposition of statues coming down or names of things being changed, somehow reverse their opinion and think it's okay to erase history when it clearly demonstrates terrible things we should learn and not repeat ? 2mo
swynn @CuriousG One hundred percent. 2mo
29 likes4 stack adds8 comments

swynn
When the Emperor Was Divine | Julie Otsuka 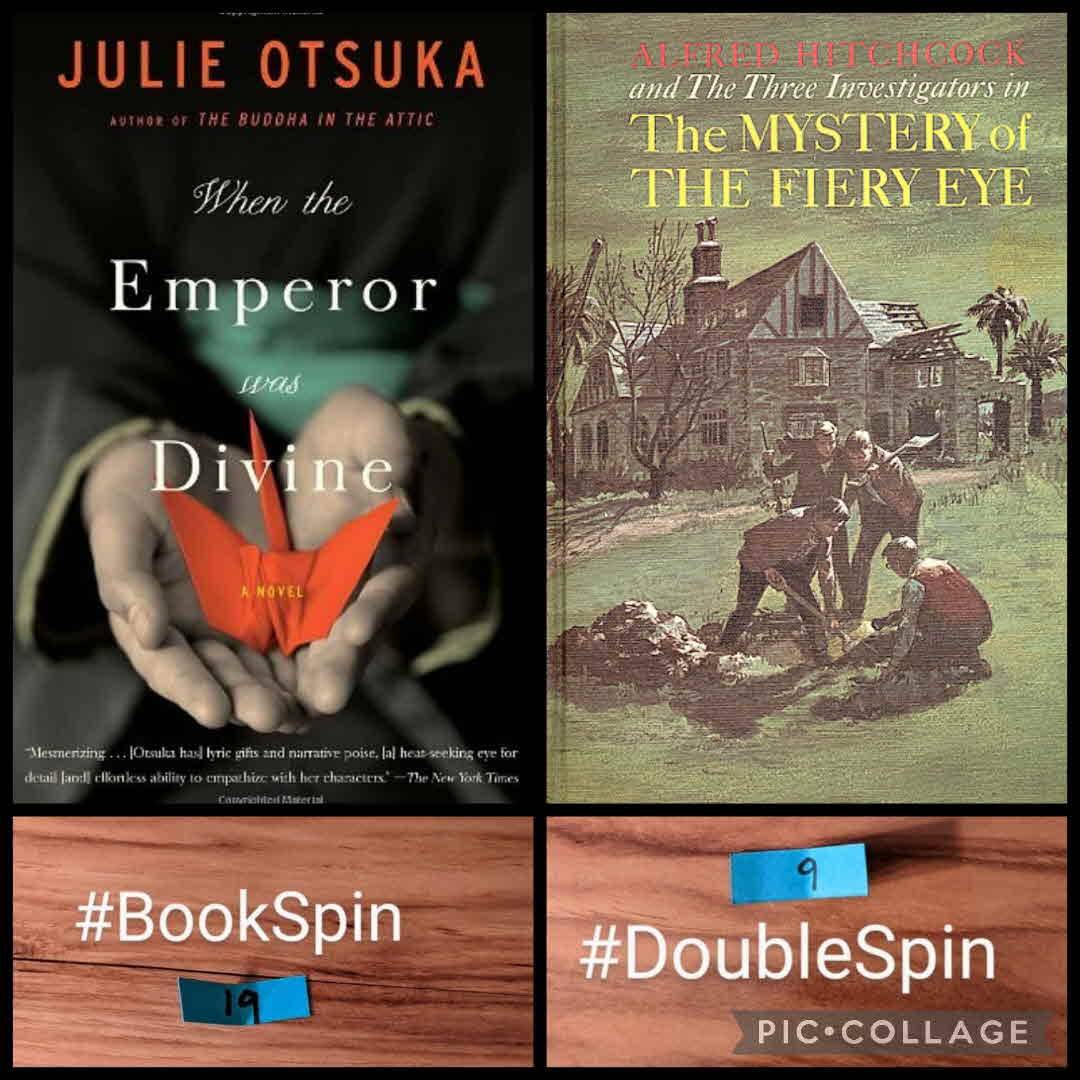 My #BookSpin and #DoubleSpin picks for November: a banned book about the Japanese Internment; and a 3 Investigators mystery. Looking forward to these. Thanks @TheAromaofBooks !

ChaoticMissAdventures
When the Emperor Was Divine | Julie Otsuka

A small but impactful book about one American family's forced internment in a Japanese camp during WWII and the after effects. Otsuka's choice to not give the characters names makes the work feel both more intimate and like these people could have been anyone - even you. Masterfully told and an important American tale to know.

Farewell to Manzanar explores a family's time in a Japanesse encampment during WWII. I think the author does a good job ecolaing her life pre and post Pearl Harbor and her reintegration after WWII ended and the camps were closed.

NovelNancyM
When the Emperor Was Divine | Julie Otsuka

This is the second historical graphic novel where I don't think the format added to the narrative at all. It felt like either they weren't confident that it would get noticed as text or they didn't have enough material for a book. One artist at least attempted to imbue his sections with some stylization, but it was so sketchy that it was sometimes hard to interpret what was going on. Still, it contains important information, so still recommended

This is a book I got from a fellow #BookCrosser. The author tells her own story of being a seven-year-old child when she and her #Japanese American family were sent to an internment camp at the onset of World War II. I find this book an upsetting but necessary read.

"...the events of September 11, 2001, made it clear that this readiness to overreact along ethnic lines is still with us, and close to the surface. We can never afford to forget what happened at Manzanar and the other wartime camps. Those events remind us that this lesson must be learned and learned and learned again."

The rise in anti-Asian violence during the pandemic has only served to underscore this constant need to relearn this lesson.

I've owned this book for several years but finally read it when it came up in the booklist for my son's homeschool curriculum this month. It's an excellent look at not only the prejudice that led to (and wasn't assuaged by) the internments, but also how these imprisonments altered family dynamics, put lives and careers on hold, and had lasting effects on the ways especially Nisei internees viewed themselves in relation to their country of birth.

A quick, accessible story about Fred Korematsu and his fight against the unjust imprisonment of more than 100,000 Japanese Americans during WWII. It contains reflection questions throughout and lots of ideas for how kids can take action and fight injustice today. It is especially timely given the increase in violence against Asian Americans during this pandemic.

A selection from the Build Your Library homeschool curriculum, level 6.