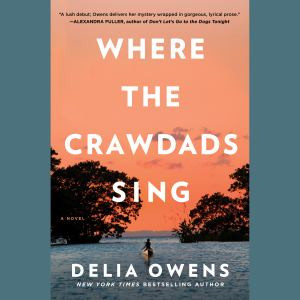 Blackout | Kit Mallory
6 posts | 2 read | 1 to read
For 16-year-old Skyler, fear is a way of life.Ever since the Wall split the UK in two, her survival as an illegal Northern refugee in the South has been a relentless knife-edge balance between evading the brutal, corrupt Board and clinging to her reputation as the South's best hacker.But Skyler's sick of living in fear - and she's got nothing left to lose. So when fellow Northerner Mackenzie unwittingly hands her a chance to exact revenge on the regime that destroyed her home and family, she seizes it.She's about to start a fire.Shortlisted for the 2016 Mslexia Children's Novel Competition and longlisted for the 2016 Bath Children's Novel Award, Blackout is a story of resistance, friendship and survival. 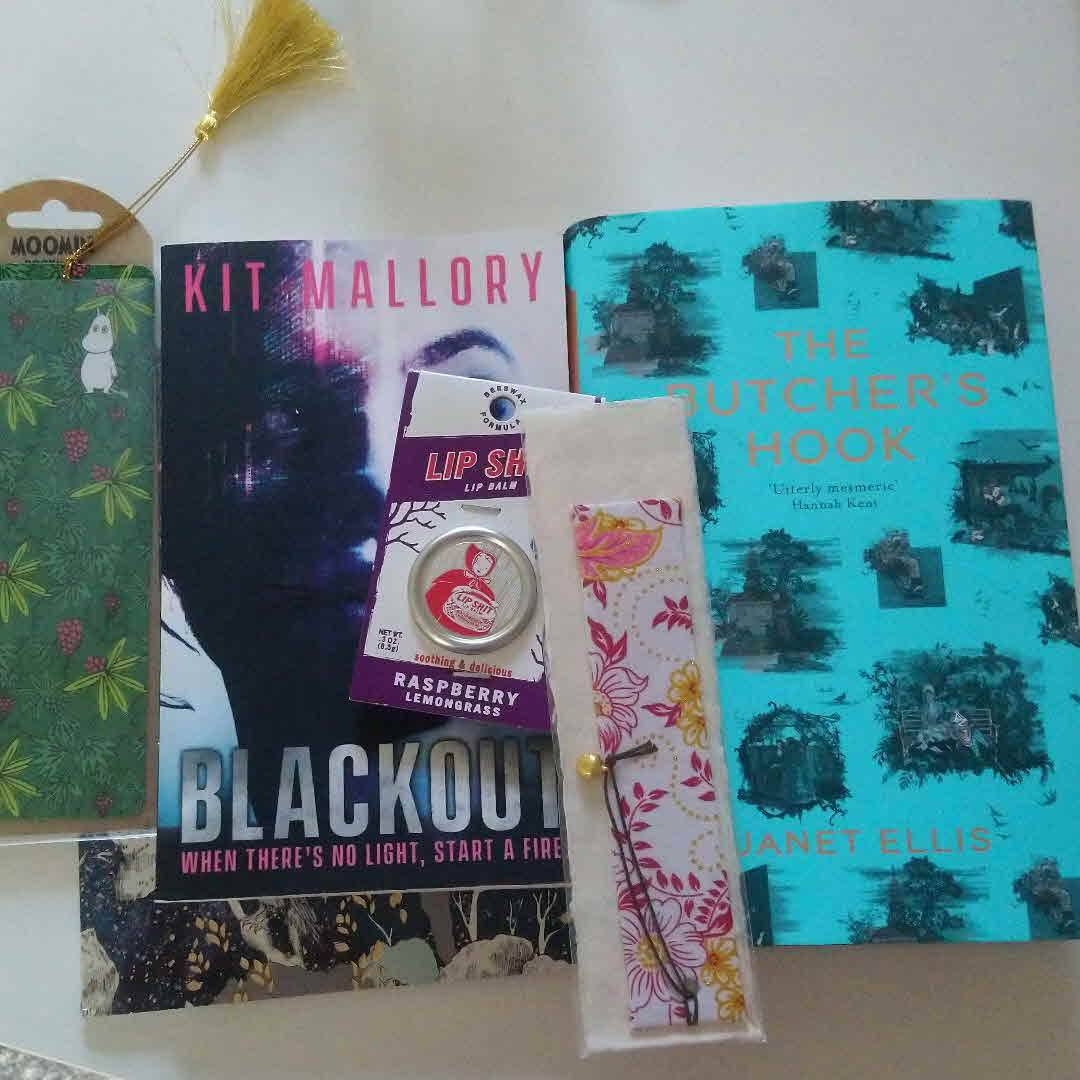 Thanks Katie and Jenny for two intriguing sounding books and two lovely bookmarks! And a lip balm and some yummy chocs (in the fridge!)
@youneverarrived @jenniferw88
#mhroundrobin
#lmpbc

jenniferw88 😸 think I forgot the post it on your bookmark - I bought it in Majorca! 7mo
jhod @jenniferw88 lovely -thank you!!🤩 7mo
Cathythoughts Exciting 🎉🎉🎉 7mo
69 likes3 comments 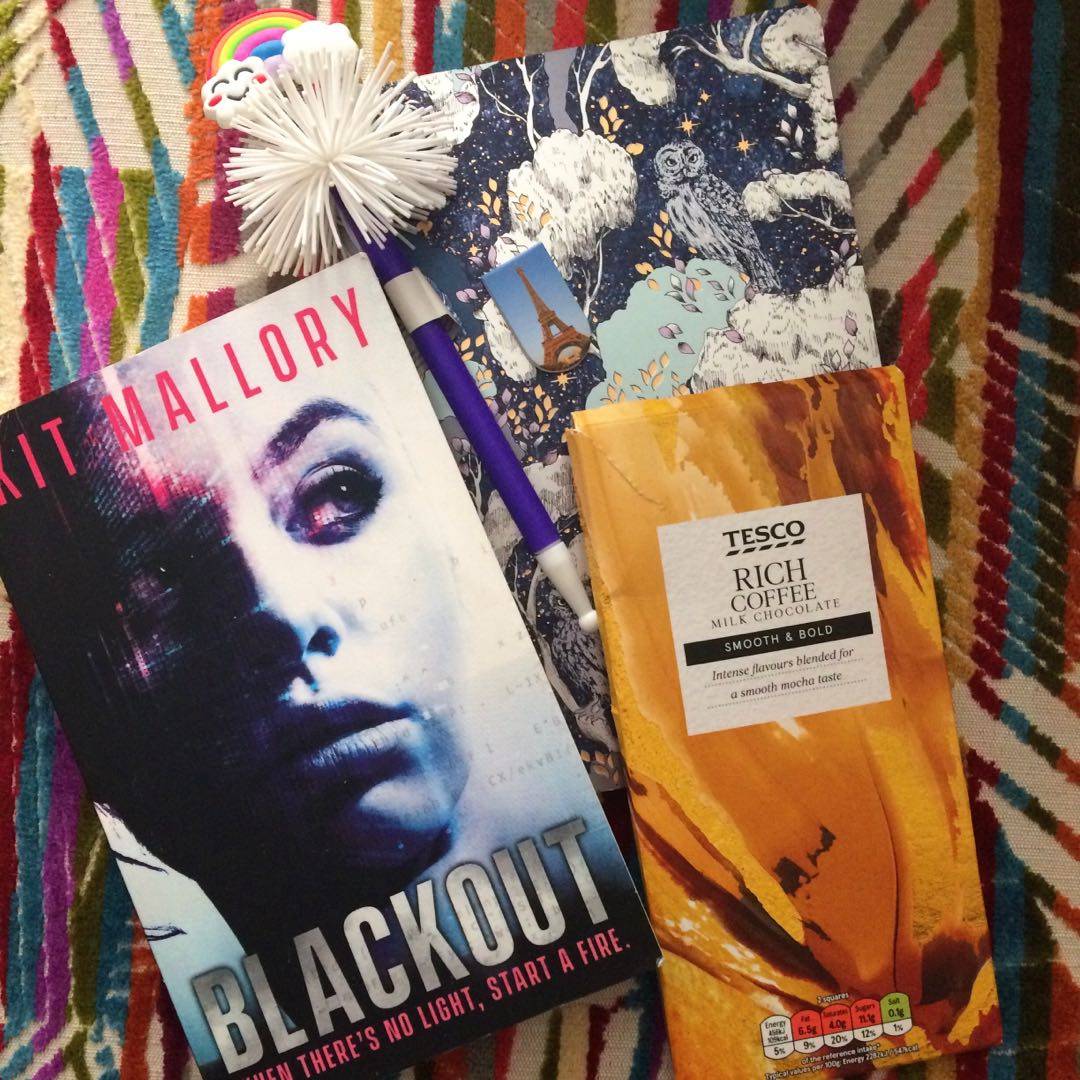 @Libby1 it‘s like you know me! Coffee flavoured chocolate is my absolute fave 😋

Libby1 Wow! It was just a complete guess on the chocolate. 9mo
54 likes1 comment

I‘m FINALLY sending this on to you, @youneverarrived . I‘m so sorry for the delay.

I really enjoyed this book. 😊

youneverarrived No worries! Looking forward to reading it. Shall let you know when it arrives 🤗 10mo
Libby1 @youneverarrived ❤️ 10mo
53 likes2 comments

“Ever since the Wall split the UK in two, [16-year-old Skyler‘s] survival as an illegal Northern refugee in the South has been a relentless knife-edge balance between evading the brutal, corrupt Board and clinging to her reputation as the South's best hacker... when fellow Northerner Mackenzie unwittingly hands her a chance to exact revenge on the regime..., she seizes it. She's about to start a fire”

You have totally, totally spoiled me, @daydreamin_star ! 💙

Thanks so much for the parcel and plenitude of gifts! Apologies for taking so long to post a photo.

I‘m looking forward to tackling these for #whodunituk and #MHRoundRobin . I‘ve just finished Rubbernecker today, which was an excellent start!

Many thanks to @RachelO for sending me this lovely parcel (except the chocolate, that was from @thegirlwiththebookishcandle but I got confused!). I am so ready to read this book for #MHRoundRobin!

I had not heard of it before so it'll be a really interesting read for me :)