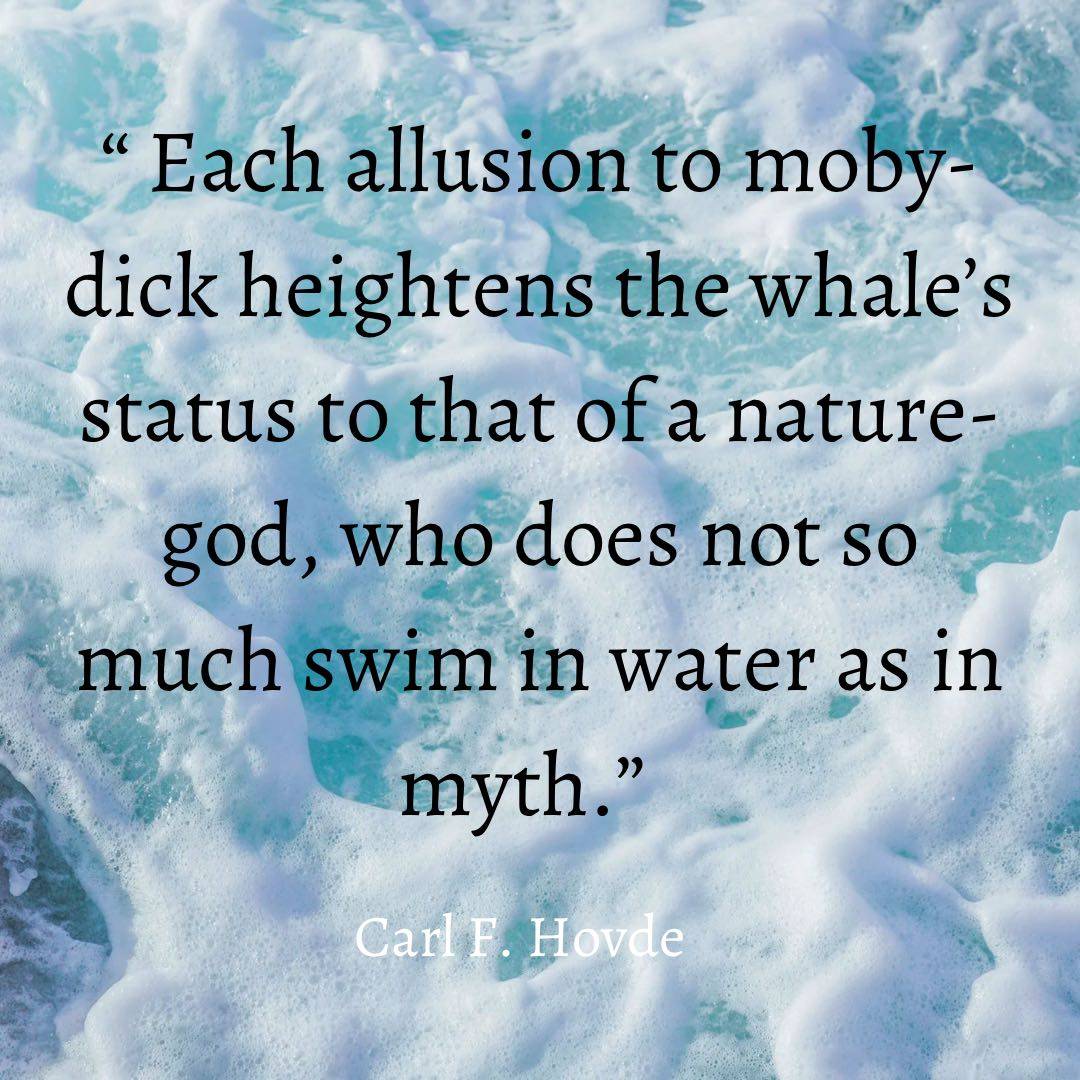 Introduction by Carl F. Hovde has some great phrasing to consider for this reread. #mobydick #teachersoflitsy 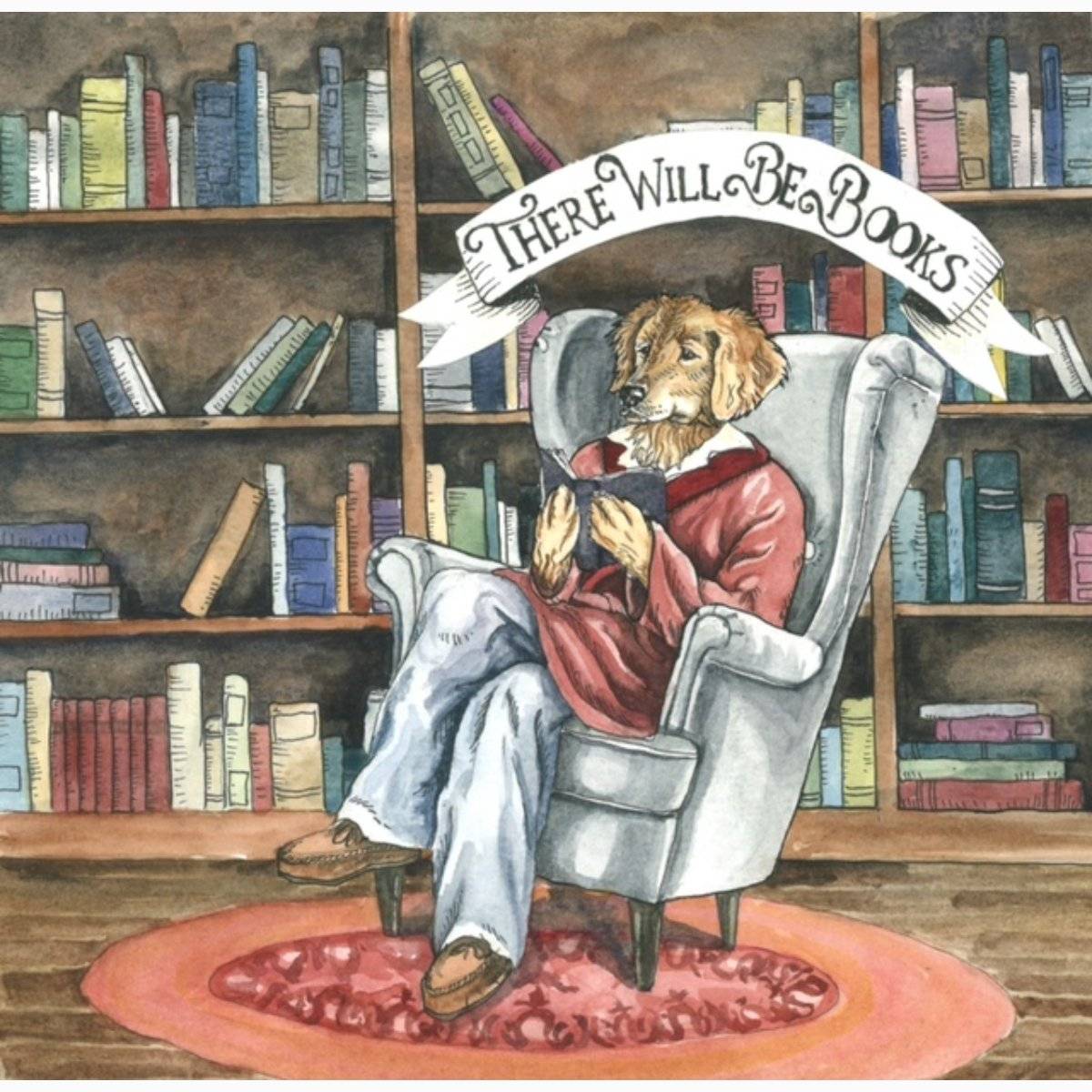 The concept is simple, draft a fantasy football team by way of book like equivalents. Our enjoyment from this silly game is infinite and this time we brought in friend of the podcast and author, Sam Ernst. Enjoy, Sam's well thought out selections, listen in amazement at the wonderfully bonkers team Matt puts forth, and judge Peter's selection of Moby Dick as head coach.

CrowCAH
In the Heart of the Sea: The Tragedy of the Whaleship Essex | Nathaniel Philbrick

1. In the Heart of the Sea
2. I‘ll have to find one
3. I love reading outside on a hot summer day underneath the shade of the tree!

ozma.of.oz
ozma.of.oz First vote for sun! Thanks so much for sharing your answers! 4mo
CoverToCoverGirl I loved

In the Heart of the Sea: The Tragedy of the Whaleship Essex
4mo
CrowCAH @CoverToCoverGirl it‘s a good book! I haven‘t seen the movie. 4mo
43 likes3 comments

When Melville first began work on Moby-Dick in 1850 several important life events converged to produce his “unconventional medley of narrative forms“ which even sympathetic readers in its day, such as George Eliot's partner George Henry Lewes described as, “a strange, wild, weird book.“ Melville's cumulative time of 4 years at sea, nearly a year & a half of which was spent on a whaling ship, had previously been channeled into works of👇

vivastory documentary narrative, or “a narrative of facts.“ Melville's study of drama, specifically Shakespeare & certainly not least was his friendship with Nathaniel Hawthorne, to whom Moby-Dick is dedicated. Moby-Dick itself begins with the formation of a truly memorable friendship between Ishmael & Queequeg. The whaling industry peaked around the time that MD was published & Melville gives the reader (even 170 years later) a full sense of the scope of 6mo
vivastory the industry & the awe & dangers attendant upon it. So, it was remarkable that Ahab, the willing despot, manipulates the crew of the Pequod through sheer force of rhetoric to join his revenge mission against their own commercial interests. With a cast of unforgettable characters (Queequeg, Stubb, Steelkilt, Ahab, even Starbuck), theatrical set-pieces & much to say about everything, MD is every bit as wild, engaging & memorable as I'd hoped. 6mo
vivastory As Calvino wrote, “Classics are books which, the more we think we know them through hearsay, the more original, unexpected, and innovative we find them when we actually read them.“
(*unconventional medley etc is a term used by critic Daniel Burt) 6mo
See All 14 Comments
LeahBergen Fantastic review! 6mo
vivastory @LeahBergen Thanks! I found it hard not to gush 😂 6mo
MicheleinPhilly Dude, why did you have to go and make me want to read Moby Dick? 6mo
batsy Great review. I have to tackle this sometime. And that Calvino quote is lovely... Is that from his Why Read the Classics? 6mo
vivastory @MicheleinPhilly I found 50-70 pages at a time over the course of a month worked for me 👍 6mo
vivastory @batsy It is! One of my favorite essays of all time. I think you'd be surprised by MD. I will definitely read it again down the road. 6mo
BarbaraBB Excellent review! One day I‘ll read it too 🐋 6mo
vivastory @BarbaraBB Thanks! It's one of the 1001 selections I've been most eager to read 🐳 6mo
Liz_M It is a phenomenal book, isn't it? 🐋 6mo
Liz_M @MicheleinPhilly It can be fun! I recommend reading two chapters at a time - start with a "scholarly" chapter and then read a "story" chapter, so you pause at a point where you want more. 6mo
vivastory @MicheleinPhilly One aspect that immediately jumped out at me is that many of the chapters are fairly short. I think that @liz_m has a good suggestion 6mo
72 likes2 stack adds14 comments

Well, that took a turn

LeahBergen Is it the Covid? 😆 7mo
vivastory @LeahBergen What was frightening is that they did better at maintaining distance than people are now! 7mo
BarbaraBB Oh no! There you go again! 7mo
53 likes1 stack add3 comments

Yes, Moby Dick is a revenge tale. I'd argue it's as much an existential story.

TH3F4LC0N It‘s a whole lot of things actually! 😂 One of the most layered books I think I‘ve read. 7mo
vivastory @TH3F4LC0N It is one of the richest books I've read. I'm taking my time with it to try to absorb it more fully. 7mo
tphil10283 I started on it awhile back but other books grabbed my attention after. I like the language in an abstract way but it‘s a little tedious for me. 7mo
vivastory @tphil10283 I'm reading 75-80 page weekly installments which is working well for me 7mo
74 likes1 stack add4 comments