christhelesbian
The Lemon Tree: An Arab, a Jew, and the Heart of the Middle East | Sandy Tolan

read this awhile ago but free palestine 🇵🇸❤️

KristiAhlers
About the Night | Anat Talshir 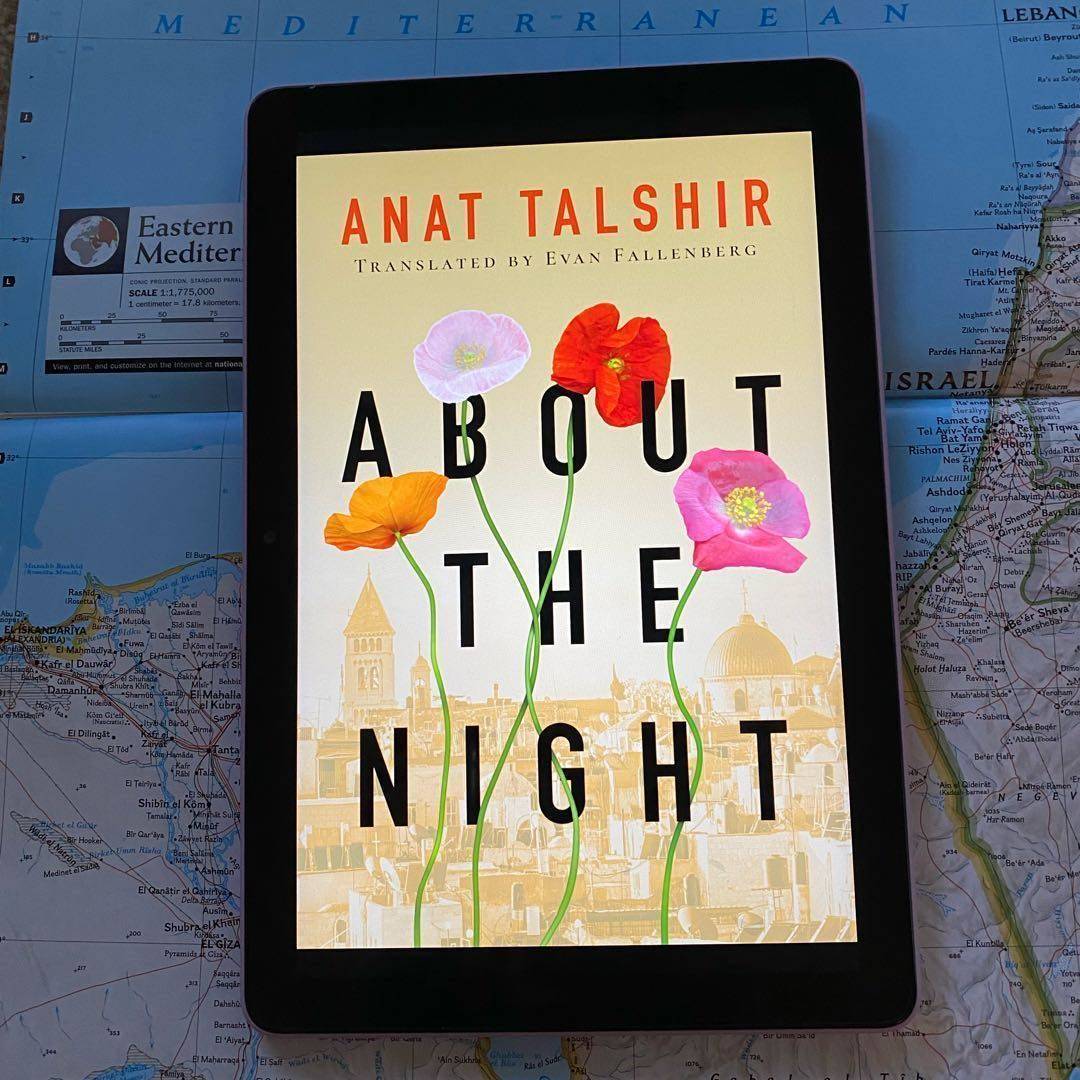 For the #travelthroughbooks we visit Jerusalem. This is a love story in just about every way. Not a romance story. This is about love and loss and differences. At times it was a really slow going read and it took a bit to connect with Elias and Lila but once I did it was a solid read. #springread #jerusalem #middleeast

Work reading starting to intrude a little on “not work” reading time as I prepare to excavate for the first time in three years. Fortunately, work reading = fun reading so it‘s all good!

Marmie7
The Hundred Years' War on Palestine: A History of Settler-Colonial Conquest and Resistance, 1917-2017 | Rashid Khalidi

My picks for #Asianreadathon. I've already started The Hundred Years' War on Palestine. Its heartbreaking and eye opening. I've wanted to understand more about the conflict between Israel and Palestine and this book clearly lays it out.

Smarkies
Our Women on the Ground: Essays by Arab Women Reporting from the Arab World | Zahra Hankir

A collection on essays from journalists based in the #middleeast . They were grouped into similar themes but it was a good intro into some translated journalism and different view points.
A #bookspin read as well as #booked2022 #writtenbyajournalist

Ok so yesterday's post would have worked better for #soldiers, but they're bound to be mentioned in this book about the Iraq war.

This book had been a signed copy to me from my beloved late sister-in-law for my birthday. I‘ve had this book for years, but only now am I getting around to reading it.

Vansa
Days of God: The Revolution in Iran and Its Consequences | James Buchan

Vansa
Days of God: The Revolution in Iran and Its Consequences | James Buchan

TheKidUpstairs
Bible and Sword: England and Palestine from the Bronze Age to Balfour | Barbara W Tuchman

#OnThisDay in 1912, double Pulitzer Prize winning historian Barbara Tuchman was born in NYC. A popular - rather than academic - historian, Tuchman was a champion of narrative nonfiction and called herself a creative writer. She wrote her first book while raising her children following WW2, and published a book every 4 years after that. In 1979 she became the first female president of the American Academy of Arts and Letters. #HistoryGetsLIT

DrexEdit I love these history posts! I look forward to them. Thank you! 😊 4mo
Kdgordon88 This posts reminds me I have been meaning to read something by the author. I had this one on my shelf for years

The First Salute
4mo
Butterfinger Thank you for posting this. I have never heard of her. 4mo
49 likes3 comments