roronoazoro
A Storm of Swords Complete Edition (Two in One) (A Song of Ice and Fire, Book 3) | George R. R. Martin 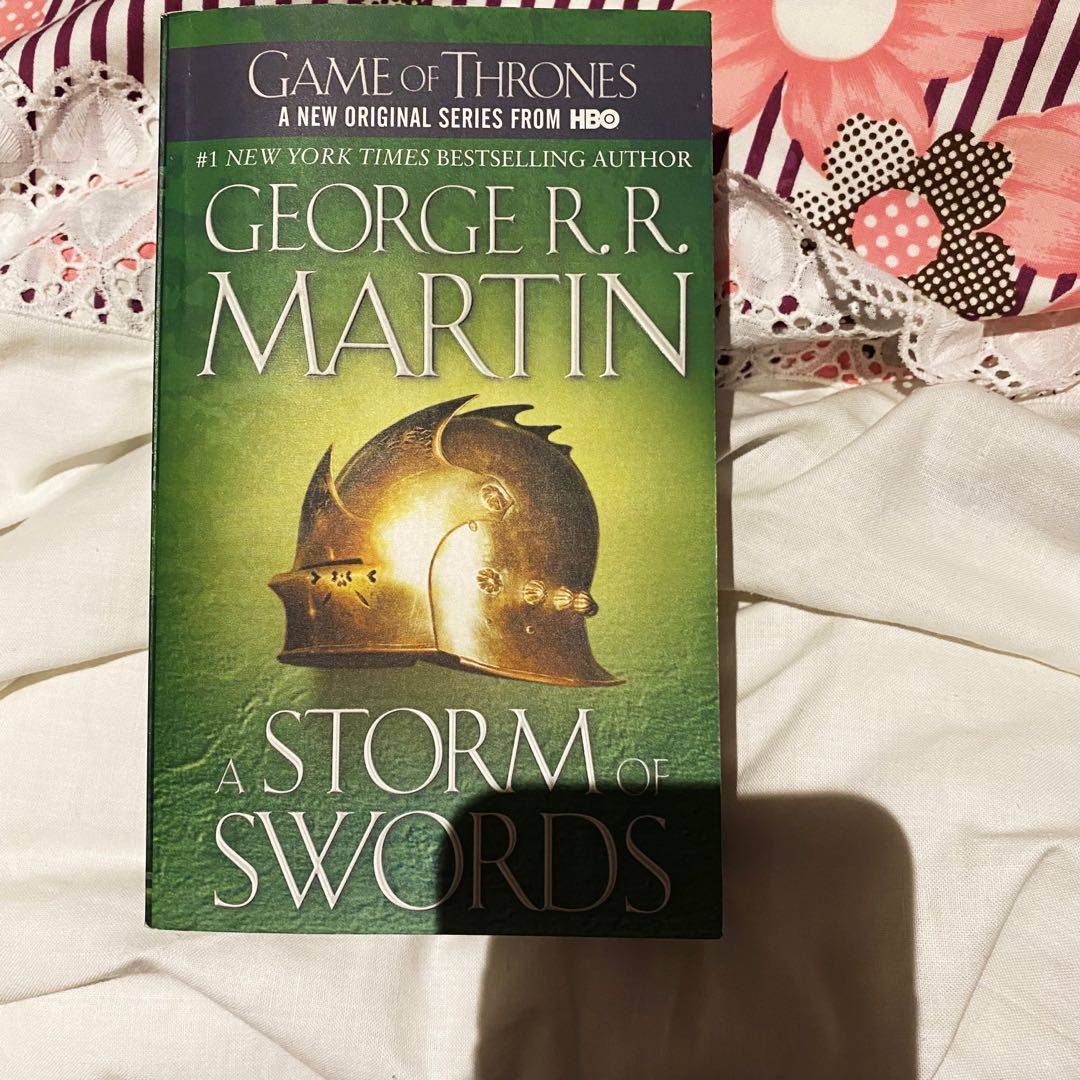 I enjoyed A Storm of Swords so much more than A Clash of Kings, what an exciting book.
The ending got me so excited for the next one, can‘t wait to know more about Cat and how is she alive again. 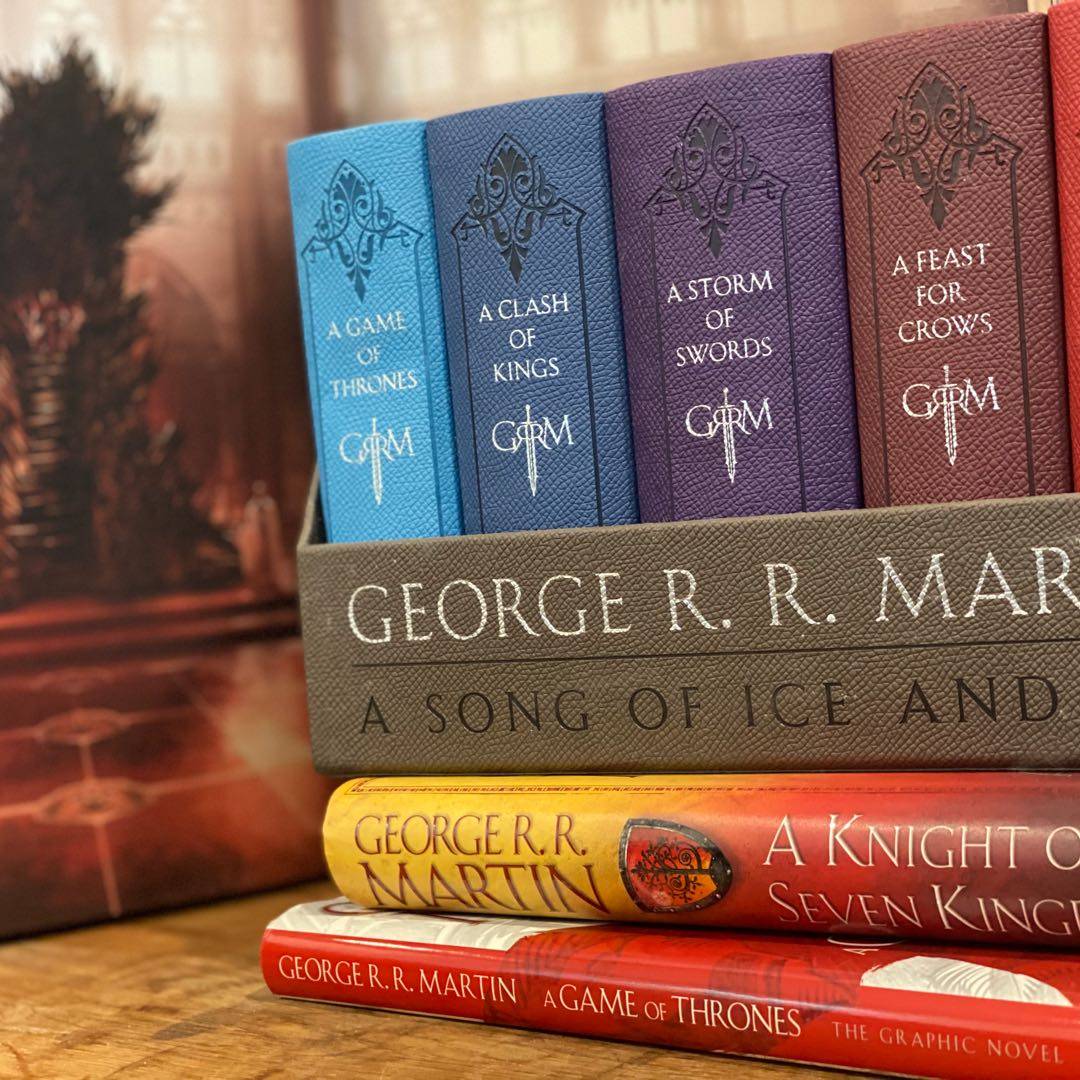 I‘ve been reading a lot of fiction lately, but fantasy is where my reading journey truly began. There‘s nothing like getting lost in a world where anything is possible. These were some of my favorites! 🌍🐉 Where to next?

OwenBanner
Gardens of the Moon: Book One of The Malazan Book of the Fallen | Steven Erikson

I'd have to make it a tie between ASOIAF and The Kingkiller Chronicles. I liked the two of them because of how scarce magic was. Characters often were forced to rely on their wits and wills. This one is a stark departure where it seems like everyone has some kind of magical ability. Not that I don't enjoy it. It's taken some getting used to, but I'm starting to get ahold of the characters, the world,

OwenBanner and the various magic sources that bring this book to life.

#fantasy #malazanbookofthefallen #asoiaf #gameofthrones #thekingkillerchronicle #thelordoftherings 3y
vivastory LOTR, Dark Tower & Song of Ice and Fire. I've heard great things about this series. 3y
OwenBanner Yep, when it comes to fantasy, there are way too many incredible world to lose yourself in 3y
12 likes3 comments

Sooo I am a HUGE Game of Thrones fan and decided to finally continue on with the series after having only read the first book previously. I‘m rereading the first book and it is a MASTERPIECE. I love GRRM‘s writing style and character complexity. Daenerys is my favorite, if you can‘t tell 😆 #GameOfThrones #ASOIAF

Re-reading #ASOIAF, and for these last two I‘m doing the combined reading order of chapters from both books. Essentially it‘s interweaving the plots to form a (mostly) chronological narrative. It‘s fascinating and I‘m really enjoying it so far. Has anyone else done this?

Bookzombie I haven‘t. I have only read the first book because I‘m holding out hope that he will finish the series before I continue. 3y
Lesanne @Bookzombie I‘ve been proceeding very slowly hoping there may be at least a release date for the next one by the time I finish! 3y
21 likes2 comments

This collectors edition was also a gift, now displayed on the bookshelf. The covers are beautiful!

vivastory Stunning!! Have you seen the juniper press editions? 3y
Bookzombie 😍😍 3y
CrinolineDream @vivastory I googled those and wow, they‘re beautiful! 3y
vivastory I'm planning on getting them. I don't know if you noticed, but if you already own the hardback editions you can get the jackets only for $50. They've said they plan on producing matching jackets for the future volumes. 3y
14 likes4 comments