Yellowstone | W. G. Sweet
1 post
"The Yellowstone Caldera." He raised his eyes, "Familiar with that?""Yellowstone Park?" Sammy said."Yes. Back in 1930 the Army did an exploratory survey of that area. What we came up with was that there was a section of the Rocky Mountains missing. Looked at from the top of Mount Washburn it was easy for the team to see that the largest crater of an extinct volcano known to exist lay before them.""I guess that's about what I thought," Sammy agreed."Yeah. We all think that. Except it is not true at all because the Yellowstone caldera is not extinct, it is active. There have been several warnings," he shrugged. He clicked the button on his desk and the monitor came to life. "All the red areas are spots where the surface pressure has increased. There were, at one time, many active volcanoes on the north American continent." He clicked a button and the map changed to a view of the European continent with many of the same red shaded areas."All over the Earth... Higher pressures. Up until a few days ago the brainiacs were still arguing over whether this could even happen." He laughed. "Call it the Earth's way of cleansing itself.""But it's not an absolute, right?"Sammy asked."Don't start sounding like the scientists." He reached below his desk and came up with six small silver cartridges. Each had a red button mounted on the top with a protective cap over the button itself. He clicked a button on his desk, and a picture of destruction appeared on the screens. "That picture is an hour old. That is... Was, the Hawaiian chain."Sammy stared at the monitor. "How can that be, I mean everyone would know about it." Weston nodded. "And that would be true except the satellites are out, shut down to avoid damage. That is the official word." He clicked the button on his desk and the monitor went dead once more. "The Yellowstone caldera is going to erupt sometime in the next few days. Not a maybe, not an educated guess: It has already started. We have had a few small quakes, but the big stuff is on the way." He rolled the cartridges across the desktop; Sammy and John caught them."Super volcanoes... Earthquakes that modern civilization has never seen... The last super eruption was responsible for killing off the human population some seventy-four thousand years ago: Reduced it to a few thousand. And that is not the biggest one we have evidence of." He paused in the silence."So we do what with these? Can they harm us?" John asked."Harm you, kill you? No, but it will protect you the same as anyone else. There is enough in a single cartridge to infect about five hundred million people," Weston said quietly."Whoa," Sammy whistled. "Why infect... Why not inoculate? And why six cartridges... Three Billion people?""Be glad they decided on this. They have some others that will kill everybody in the world in a matter of days." Weston nodded at the raised eyebrows that greeted his remarks. "It can stay alive in a dead body for days, even if the body is frozen. Same stuff is being released across the globe. Great Briton... Germany... Australia... West coast just a few hours ago. Manhattan has already been done. I want the two of you to head out from here. One of you head west, the other south. Go for the bigger cities... Water supplies... Reservoirs, it doesn't matter." He rose from the desk. "I'll see you out." The two stood in the hallway for a few seconds; quiet, except the slight buzzing from the fluorescent lights.John shrugged as his eyes met Sammy's, waiting.Sammy pulled a quarter from his pocket and flipped it into the air. "Call it, Jack.""Tails," John said just before the quarter hit the carpet.Sammy bent forward. "Tails it is. You got it, Jack."John looked down at the carpet. "West, I guess." John said.Sammy nodded, looked down once more at the quarter and then both men turned and walked away toward the elevator that would take them back to the surface. 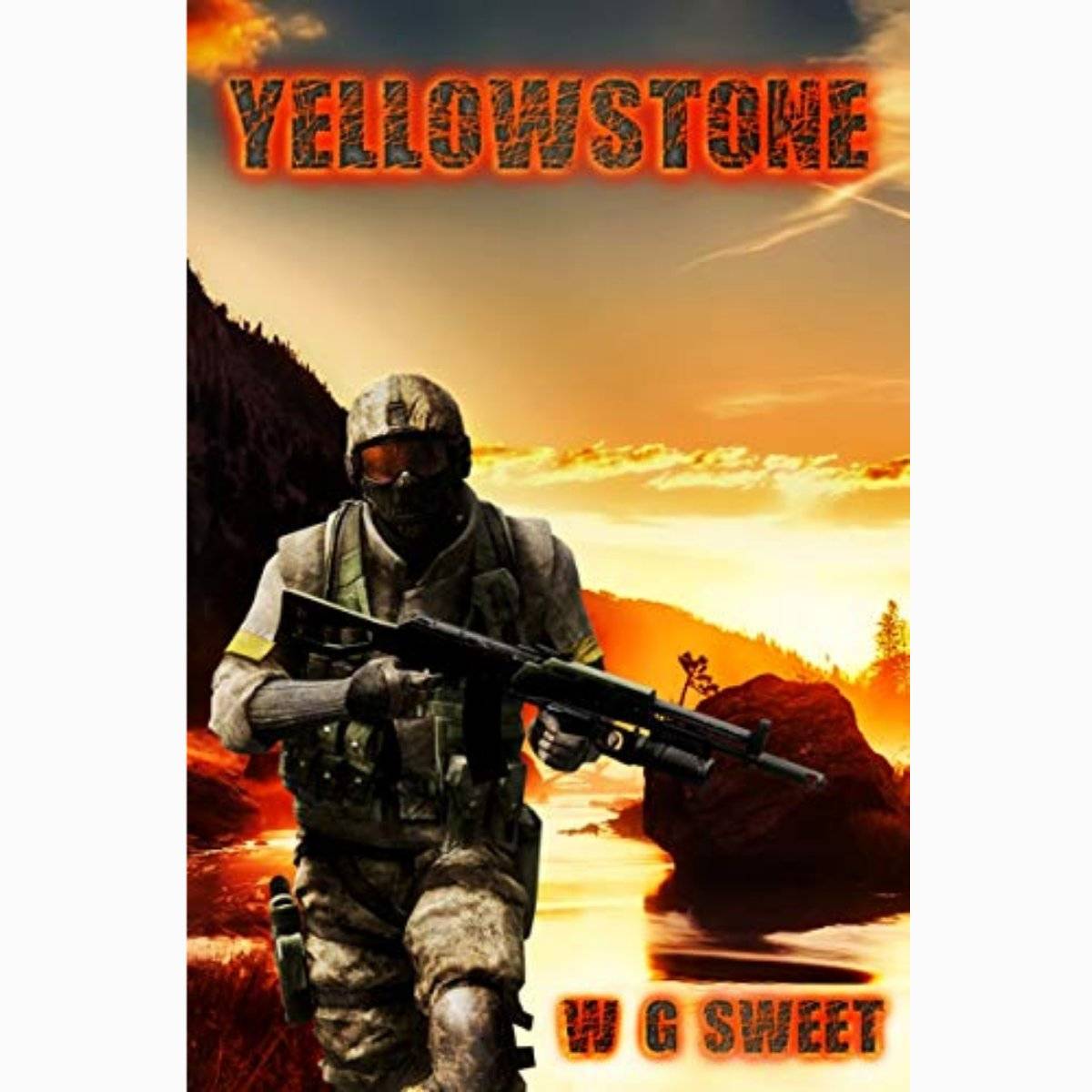 This looks good. On my Tbr list. Back in 1930 the Army did an exploratory survey of that area. What we came up with was that there was a section of the Rocky Mountains missing. Looked at from the top of Mount Washburn it was easy for the team to see that the largest crater of an extinct volcano known to exist lay before them.