American Ulysses: A Life of Ulysses S. Grant | Ronald C White
13 posts | 6 read | 2 reading | 12 to read
From the author of the New York Times bestseller A. Lincoln, a major new biography of one of America s greatest generals and most misunderstood presidents In his time, Ulysses S. Grant was routinely grouped with George Washington and Abraham Lincoln in the Trinity of Great American Leaders. But the battlefield commander turned commander-in-chief fell out of favor in the twentieth century. In American Ulysses, Ronald C. White argues that we need to once more revise our estimates of him in the twenty-first. Based on seven years of research with primary documents some of them never examined by previous Grant scholars this is destined to become the Grant biography of our time. White, a biographer exceptionally skilled at writing momentous history from the inside out, shows Grant to be a generous, curious, introspective man and leader a willing delegator with a natural gift for managing the rampaging egos of his fellow officers. His wife, Julia Dent Grant, long marginalized in the historic record, emerges in her own right as a spirited and influential partner. Grant was not only a brilliant general but also a passionate defender of equal rights in post-Civil War America. After winning election to the White House in 1868, he used the power of the federal government to battle the Ku Klux Klan. He was the first president to state that the government s policy toward American Indians was immoral, and the first ex-president to embark on a world tour, and he cemented his reputation for courage by racing against death to complete his Personal Memoirs. Published by Mark Twain, it is widely considered to be the greatest autobiography by an American leader, but its place in Grant s life story has never been fully explored until now. One of those rare books that successfully recast our impression of an iconic historical figure, American Ulysses gives us a finely honed, three-dimensional portrait of Grant the man husband, father, leader, writer that should set the standard by which all future biographies of him will be measured. Advance praise for American Ulysses Certain to be recognized as the classic work on Ulysses S. Grant, American Ulysses is a monumental examination of one of the most compelling figures in American history. General David H. Petraeus (Ret.) In this thorough and engaging new book, Ronald C. White restores Ulysses S. Grant to the pantheon of great Americans. As a soldier and a president, Grant rendered his nation invaluable service, and White s epic biography is invaluable as well. Jon Meacham, Pulitzer Prize winner and #1 New York Times bestselling author A fresh assessment of this enigmatic leader, who, like his Homeric namesake, failed at many things before he succeeded in life . . . an engaging resurrection of Grant featuring excellent maps and character sketches. Kirkus Reviews (starred review) White at last solves the Grant Enigma reconciling in character and ability the hero of Appomattox with the (allegedly) failed president. This is the biography that Grant deserves. Richard Norton Smith, former director of the Lincoln, Reagan, Eisenhower, Ford, and Hoover presidential libraries Ronald C. White is a master biographer, and his American Ulysses is the beautifully told culmination of a major revival of Grant studies; rarely has an epic life met so fruitfully with its talented author. David W. Blight, author of Frederick Douglass: A Life" 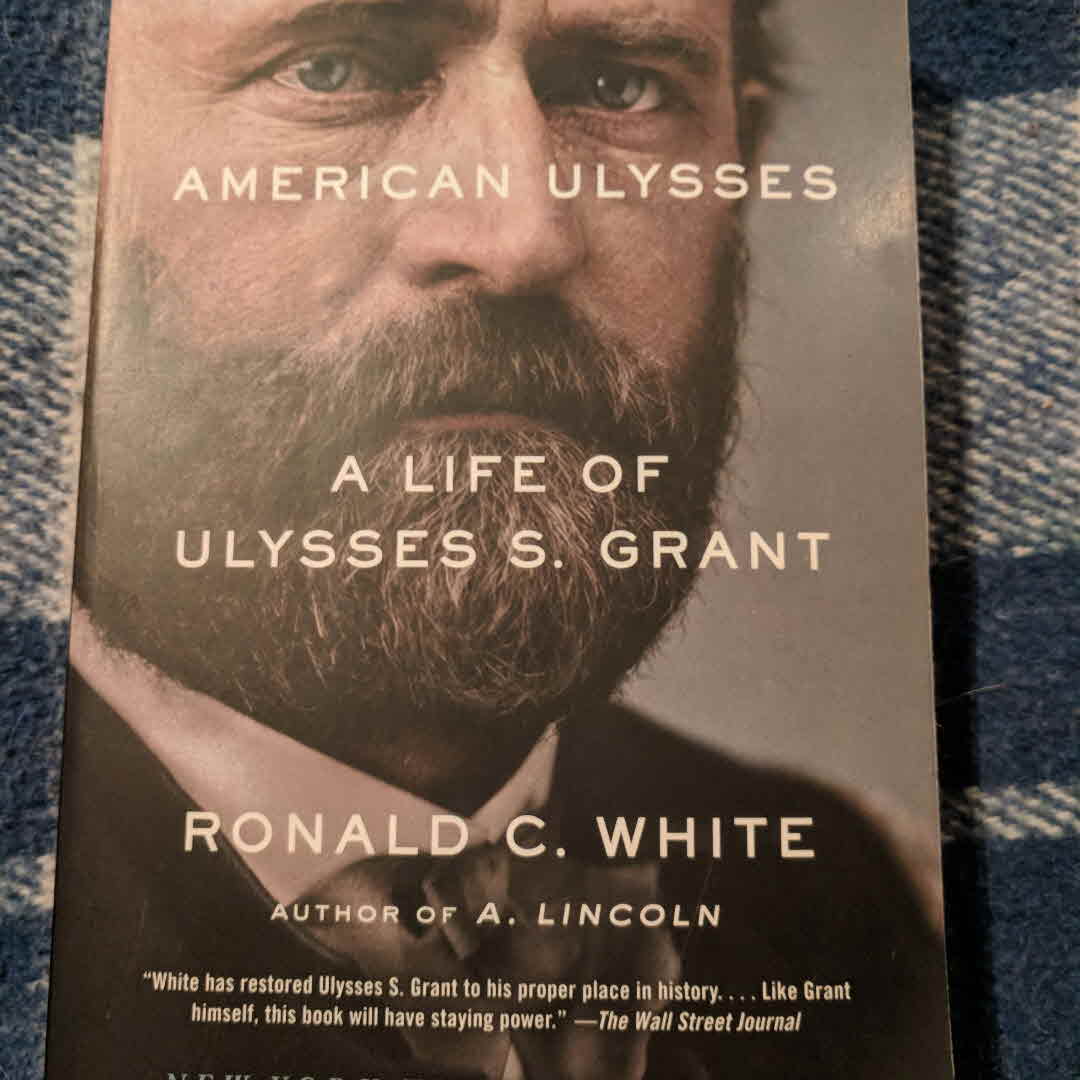 What a great book! Ulysses S. Grant was an amazing person, with the worst luck, despite that he still managed to be a wonderful human being. 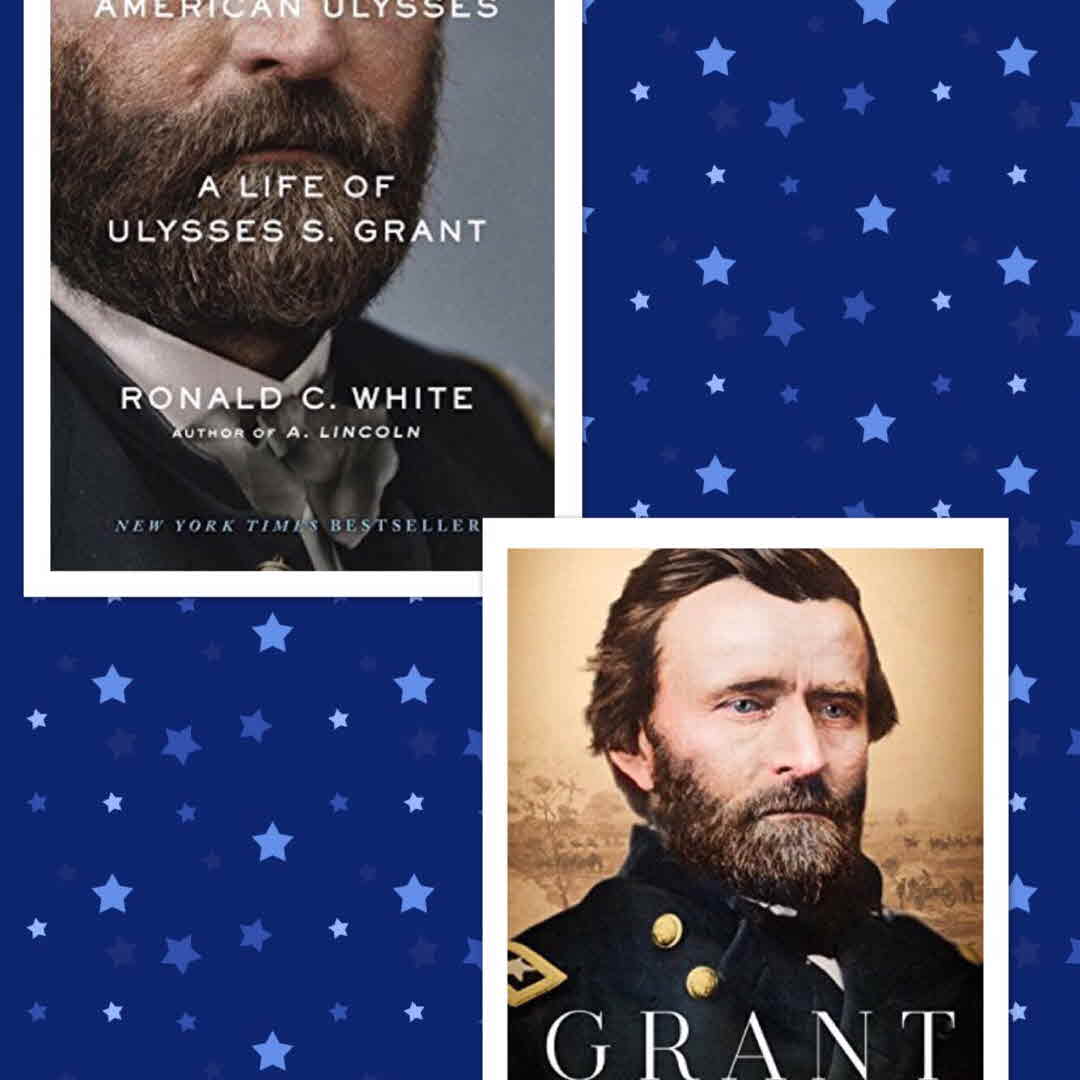 Two new Grant bios released less than a year apart? Is there a new Ulysses project coming out? 🇺🇸🇺🇸🇺🇸🇺🇸🇺🇸

Finally finished. Ok so the war section was a page turner while his presidency, complete with scandals, was ok. I'd highly recommend it to anyone who enjoys historical and/or presidential bios. What a character, that Grant!

Grant is my favorite president for many reasons, he loved to read and learned from reading all kinds of books. He also presided over the most turbulent time in our nations history and he did it splendidly. He fought for equal rights and he listened and spoke less. This weekend he has been on my mind more than usual. #BeLiKeGrant

I cant remember why I decided to read this, but Im glad i did. Grant was an interesting man: a romantic and a horse whisperer!

It feels like all of my history books became available on Overdrive at the same time. I love (hate) that! 📚📚📚

Rainy days at work were made for reading! Also shout out to my favorite book shop in New Orleans!

Good book about a great general and well-meaning president.