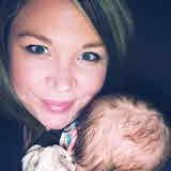 Meg15825
On the Night You Were Born | Nancy Tillman

I read this book to my 3 month old almost every day. He loves the illustrations right now and I know he will grow to love the words. #NancyTillman is by far my favorite children‘s author.

This book is pretty much my bible. I‘m not sure if it gets more relatable than Augusten Burroughs.

“Which is why I think it‘s important to consider that billions of years before we were students and mothers and dog trainers and priests, we were particles that would form into star after star after star until forever passed, and instead of a star what formed was life; simplistic, crude, miraculous.

And after another infinity, there we were.

And this is why for you, anything is possible.” -#augustenburroughs #myfavoritewriter

SamHeartCoffee Amazing quote. 2y
Godmotherx5 Welcome to Litsy! 2y
Gezemice Welcome to Litsy! You will like it here 😊 - And of the quote: I sometimes do think of that. How we all come from the same star. It is a very peaceful and happy thought. (edited) 2y
See All 8 Comments
RaimeyGallant Welcome! #LitsyWelcomeWagon 2y
RaimeyGallant Oh and some of us put together Litsy tips to help new Littens navigate the site. It's the link in my bio on my page in case you need it. 2y
Kaye Welcome ✨✨✨ 2y
BookwormAHN Welcome to Litsy 😸 2y
Jess7 Welcome to Litsy!!! So glad you‘re here! #LitsyWelcomeWagon #Whotofollow | Checkout @Chelleo ‘s awesome YouTube #LitsyHowto videos if you have any questions!!! 2y
25 likes8 comments