A Branch from the Lightning Tree: Ecstatic Myth and the Grace of Wildness | Martin Shaw
1 post | 1 read | 3 to read
A BRANCH FROM THE LIGHTNING TREE is centered around several key elements: 1. It features four texts and commentaries ? Welsh, Russian, Siberian and Norwegian myths that explore the process of leaving what is considered safe and predictable and journeying out into wild, uncertain areas of nature and the psyche in search of new insights. The four stories have at their center a man, woman, and adolescent. 2. A narrative of why the author gave up a large musical publishing deal with Warner Brothers to spend four years living in a tent in the wilds and over a decade facilitating wilderness rites-of-passage for others. 3. Shaw's eloquent insistence that without a renewed attention to myth and the initiation process we are only partially equipped to reestablish a complementary relationship with the living world. 4. The core of these stories are paradoxical in nature, far from the clumsily perceived ?hero' myths, and point towards Trickster, or Coyote, as a way of existing in a world ambivalent to the insights of what you could call traditional knowledge. A BRANCH FROM THE LIGHTNING TREE is unique in the field of myth and ritual in several ways: 1. It carries an ?in-the-field' narrative of several hundred men and women who have gone out into wild places to fast for four days and nights. Not in the Amazon, or in Mongolia, but in a place that is indigenous to them, that grounds the experience in the wider context of their lives, rather than a one-off event that can be hard to reconnect with. This is part of a growing mood to get to the bones of initiatory experience, rather than the cultural affectations. The stories illustrate both the grandeur and struggle of this often subtle process. 2. Unlike many of the big mythological sellers (i.e Bly's IRON JOHN or Pinkola Estes WOMEN WHO RUN WITH WOLVES), A BRANCH FROM THE LIGHTNING TREE is not a gender piece, but focuses on both men and women's movement into wildness as part of the bigger awareness of climate change and ecology. It presents the old stories as keys into any debate on these issues, that the ability to think metaphorically/mythologically loosens the grip of literalness, and can ?re-enchant' our perspectives. 3. As a wilderness teacher Shaw has noticed that the real point of crisis that is emerging is the return to community, rather than the time out in the wild. This is turning of rites-of-passage on its head: Shaw reasons that the rites-of-passage process requires three stages following an initial Call to the Soul: (i) Going out of the Village, and the severance from ordinary life and the stepping into the image-laden language of myth, story, ritual; (ii) Into the Forest, baring the soul to extraordinary forces, receiving the sacred wound, bonding with the living world; (iii) And Back Again, return to community, the performance of identity, and the confirmation in and of the Soul. A BRANCH FROM THE LIGHTNING TREE invokes Robert Graves work on the White Goddess, and the Crow poems of Ted Hughes-it is a combination of practical knowledge, imaginative insight and passionate storytelling that gives Shaw's book its persuasiveness and power. At times incantatory, at times novelistic and poetic, he writes as someone who has been to these places, undergone these trials and tested himself at the extremes of lived experience.

kathedron
A Branch from the Lightning Tree: Ecstatic Myth and the Grace of Wildness | Martin Shaw 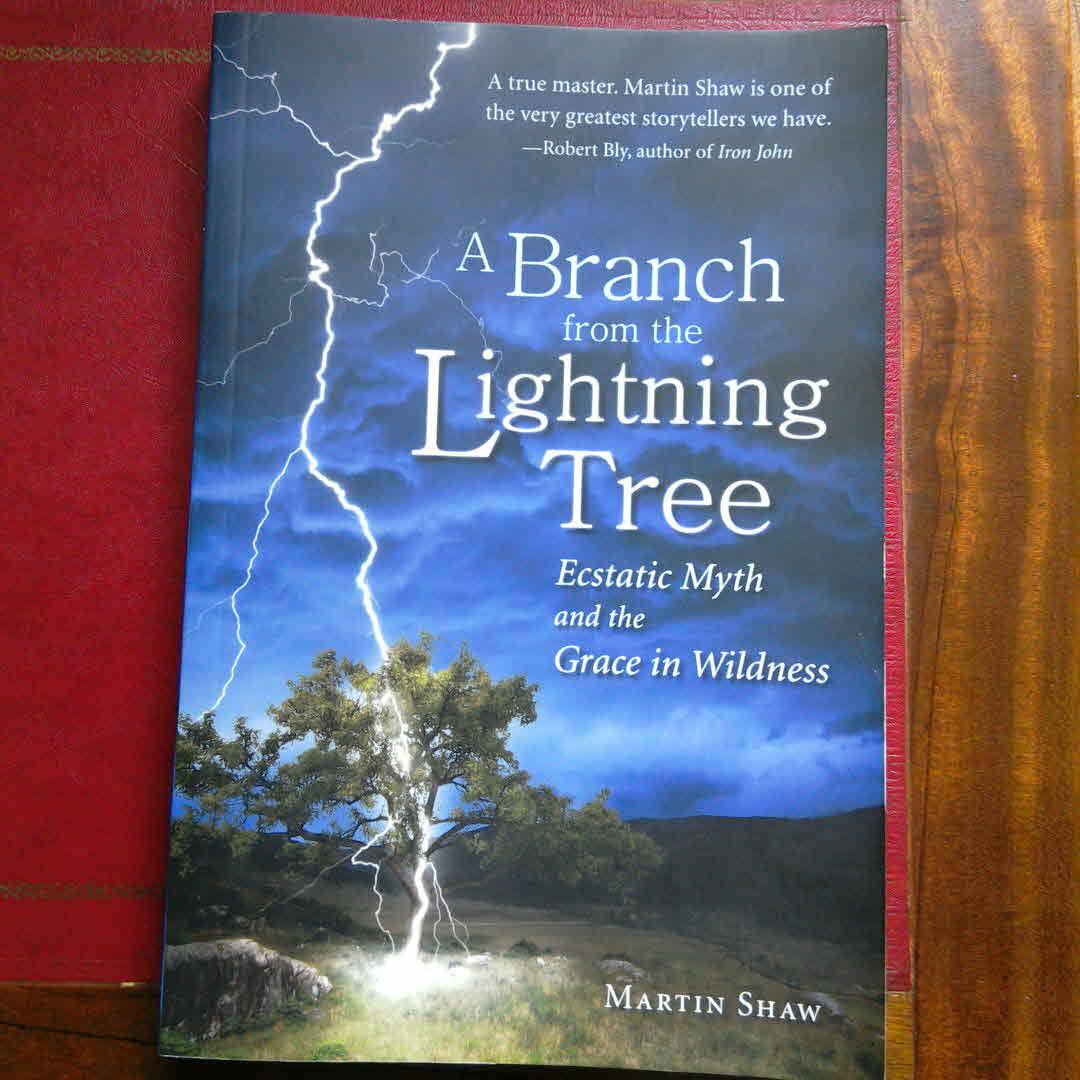 #bedtimereading
I consider this to be a brother to Clarissa Pinkola Estes' "Women Who Run With The Wolves". It's deep stuff and, on a first (if slow) read through, I feel I've barely touched beneath the surface. Definitely one for the re-read stack! His commentary is erudite and wise of soul (and there's an interesting epilogue on the relationship between the oral tradition and the written word) but he tells his tales with a twinkle in his eye.