Brave New Worlds | John Joseph Adams
3 posts | 5 read | 1 reading | 4 to read
You are being watched. Your every movement is being tracked, your every word recorded. Your spouse may be an informer, your children may be listening at your door, your best friend may be a member of the secret police. You are alone among thousands, among great crowds of the brainwashed, the well-behaved, the loyal. Productivity has never been higher, the media blares, and the army is ever triumphant. One wrong move, one slip-up, and you may find yourself disappeared -- swallowed up by a monstrous bureaucracy, vanished into a shadowy labyrinth of interrogation chambers, show trials, and secret prisons from which no one ever escapes. Welcome to the world of the dystopia, a world of government and society gone horribly, nightmarishly wrong. What happens when civilization invades and dictates every aspect of your life? From 1984 to The Handmaid's Tale, from Children of Men to Bioshock, the dystopian imagination has been a vital and gripping cautionary force. Brave New Worlds collects the best tales of totalitarian menace by some of today's most visionary writers, including Neil Gaiman, Paolo Bacigalupi, Orson Scott Card, Kim Stanley Robinson, and Ursula K. Le Guin. When the government wields its power against its own people, every citizen becomes an enemy of the state. Will you fight the system, or be ground to dust beneath the boot of tyranny? 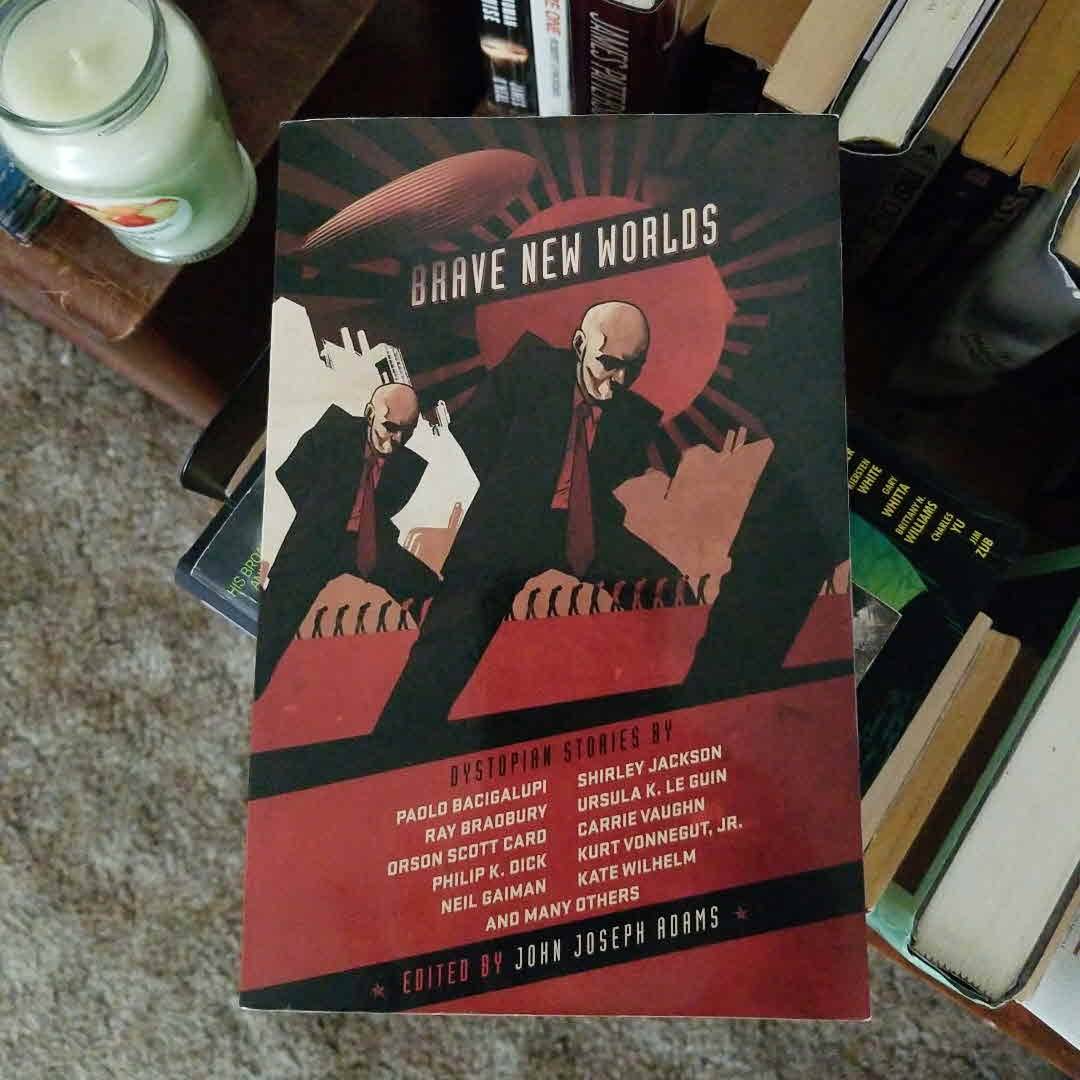 I am posting one book per day from my extensive to-be-read collection. No description or reason for wanting to read the book. Some are old and some will be new. Don't judge me - I have a lot of books.
Day 165 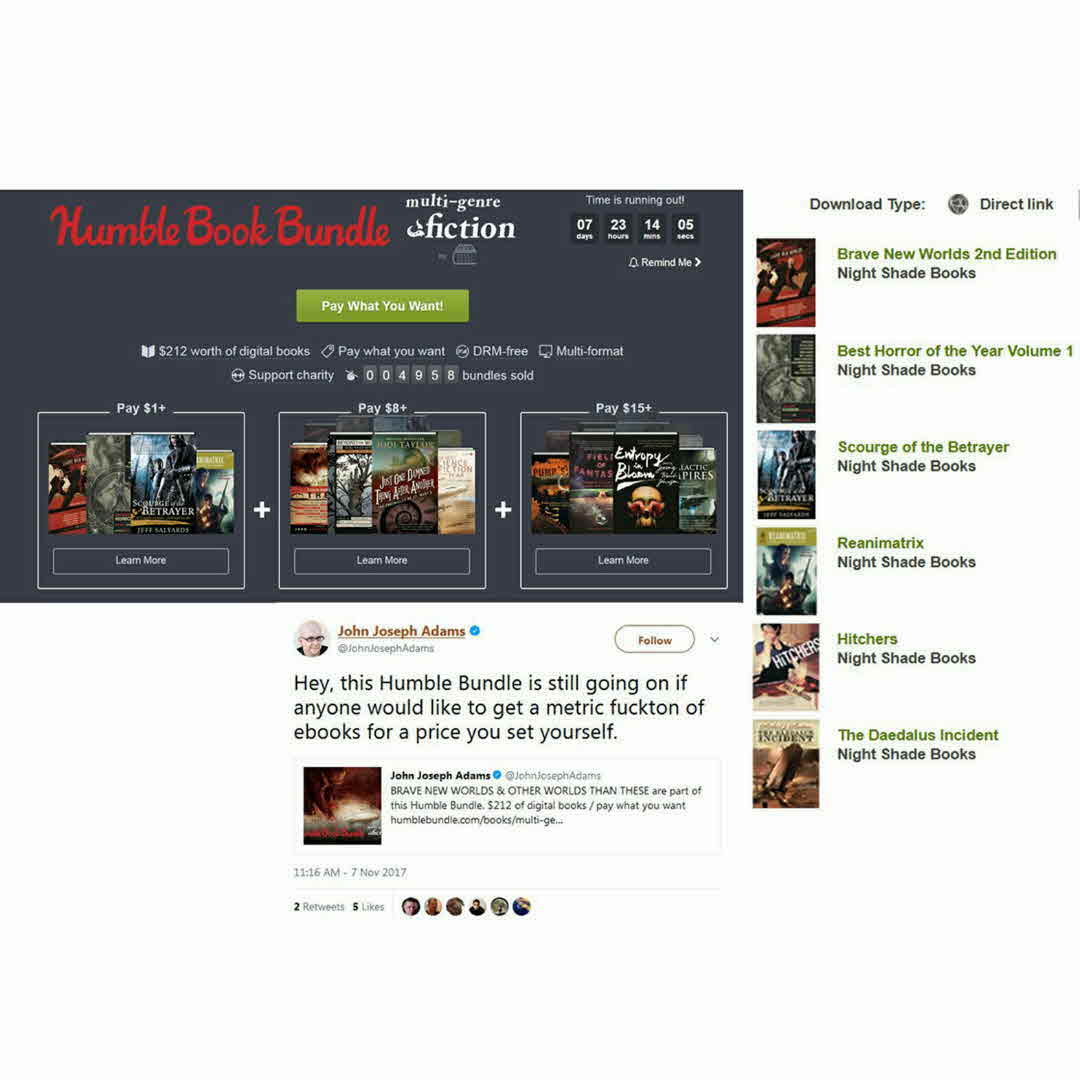 What John Joseph Adams said! Just bought the titles on the right! If you love weird fiction, check out the link for more info on the awesome books available. The offer is still up for a week.

I don't know if this would count as a #scaryread but it certainly scared me. I read this book several years ago and there are so many stories from this collection that still haunt me. Some were chilling and others made me sick. I don't really read scary books due to being a massive weenie, but I'd say that this definitely counts. #allhallowsread