Sophia's War: A Tale of the Revolution | Avi
3 posts | 7 read | 1 reading | 4 to read
Lives hang in the balance in this gripping Revolutionary War adventure from a beloved Newbery Medalist. In 1776, young Sophia Calderwood witnesses the execution of Nathan Hale in New York City, which is newly occupied by the British army. Sophia is horrified by the event and resolves to do all she can to help the American cause. Recruited as a spy, she becomes a maid in the home of General Clinton, the supreme commander of the British forces in America. Through her work she becomes aware that someone in the American army might be switching sides, and she uncovers a plot that will grievously damage the Americans if it succeeds. But the identity of the would-be traitor is so shocking that no one believes her, and so Sophia decides to stop the treacherous plot herself, at great personal peril: She s young, she s a girl, and she s running out of time. And if she fails, she s facing an execution of her own. Master storyteller Avi shows exactly how personal politics can be in this nail-biting thriller ("Publishers Weekly") that is rich in historical detail and rife with action."

CherylVDM
Sophia's War: A Tale of the Revolution | Avi 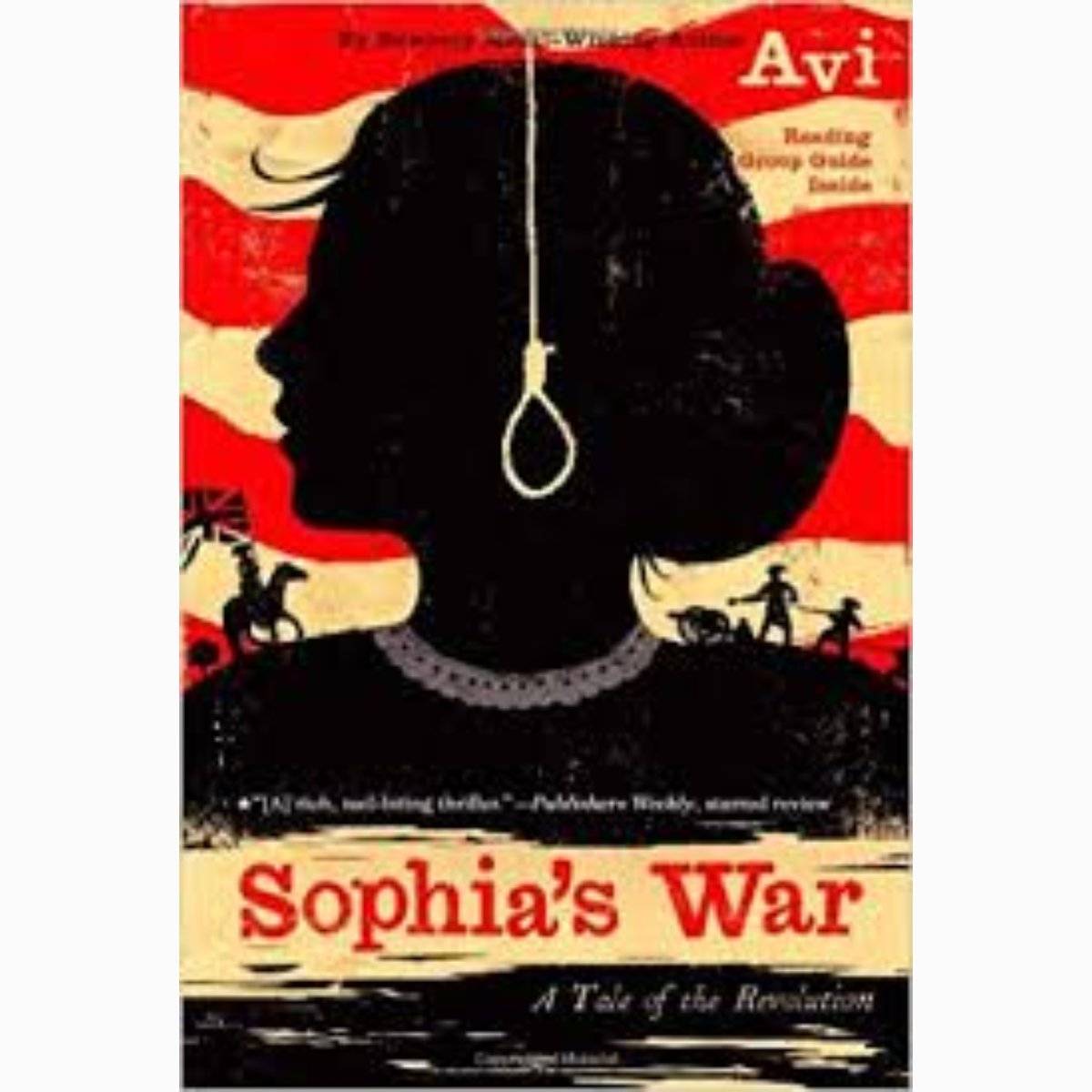 #UCFSSESOPHIASWAR If you‘re new to Litsy simply refer back to this post or the hashtag above to see what we are saying about the book. If you post, you just use the hashtag so that we can see what you‘ve said. You should follow each member once they post. We will formally begin on Monday, January 20th.

Otisboatis I like this book so far! The opening chapter made it intriguing. I am bit less than halfway through and plan on making some time today to read some more! 3y
Jen_H I'm currently on chapter 7 and agree that I'm enjoying the book. It has kept me interested and wanting to read more. 3y
CherylVDM This is one that I hadn't read yet. I am really liking it so far. I like that there is a strong female figure. I can't wait to finish. 3y
See All 18 Comments
CherylVDM Just finished... not going to spoil for others so I'll wait to comment. 🙂 3y
F.dennison I am on chapter 8 and I think this book is awesome. I am glad to read a book about history with strong female figure in it as well. Hopefully, I can finish it within the next day! It is so intriguing! 3y
Zoe_Swanson The book is good so far, a few chapters in! I'm looking forward to reading more! 😃 3y
Otisboatis Almost done! I found it so interesting in the beginning when Sophia was talking about how Benedict Arnold was her hero! I thought, oh no! I guess she isn't up on her history! :) It is funny how one's perspective of a person can change depending on what year in history they live. 3y
brennaduffy I am just getting into the first few chapters of this book. Enjoying it so far! Love that the setting is in NY. One of my favorite places to visit! 3y
Otisboatis Okay, so.... I finished the book the other day and don't know how I feel about the end. Maybe a bit disgruntled. Once everyone is done, I will elaborate, but I would also like to know how everyone else felt about the ending. 3y
kristenlugo99 I am a few chapters into the book, and I am really enjoying it! I am excited to keep reading and come back to share thoughts :) 3y
brennaduffy I am over half-way through the book. Something interesting is the relationship between Sophia and the soldier. You will have to read to find out what happens with them. 3y
CherylVDM @brennaduffy I don‘t know if I trust the British soldier. There is something that is just not right about him. 3y
F.dennison I have about a quarter of the book left. I find this book very interesting to hear the war through the eyes of a young girl who does not follow the Loyalist point of view. Also, I find Sophia's interest with John André quite interesting because it shows that there is always a fascination with someone you are not able to have. 3y
moneill92 I just finished the first chapter yesterday! It is very interesting! Onto the next after I complete more homework. 3y
Zoe_Swanson Hello all!
Got a lot more reading done this week! I agree with the idea of Sophia's interest in John being a very interesting level to this book. I like that we get to see how things are happening through her eyes. A very fun and different way of learning this history. 3y
brennaduffy I finished the book. I did not like the ending. I felt like there was not enough detail with the characters. I will not elaborate until everyone else is finished. 3y
Isabella.kinley I have finished part one so far and I am enjoying it. It is the kind of book that does not lose your attention. I am kind of disappointed about Sophia's brother. I really feel for Sophia and seeing it from her point of view helps me relate to her easily. It is always fascinating to gain insight into another time period. 3y
Jen_H I'm now up to chapter 38, I was not expecting her brother to die, I thought that the book's direction was going in the way that she would be the one to save him from the prison, but I was wrong. I'm now anxious to see what happens as she begins her new adventure. 3y
7 likes18 comments

GatheringBooks
Sophia's War: A Tale of the Revolution | Avi 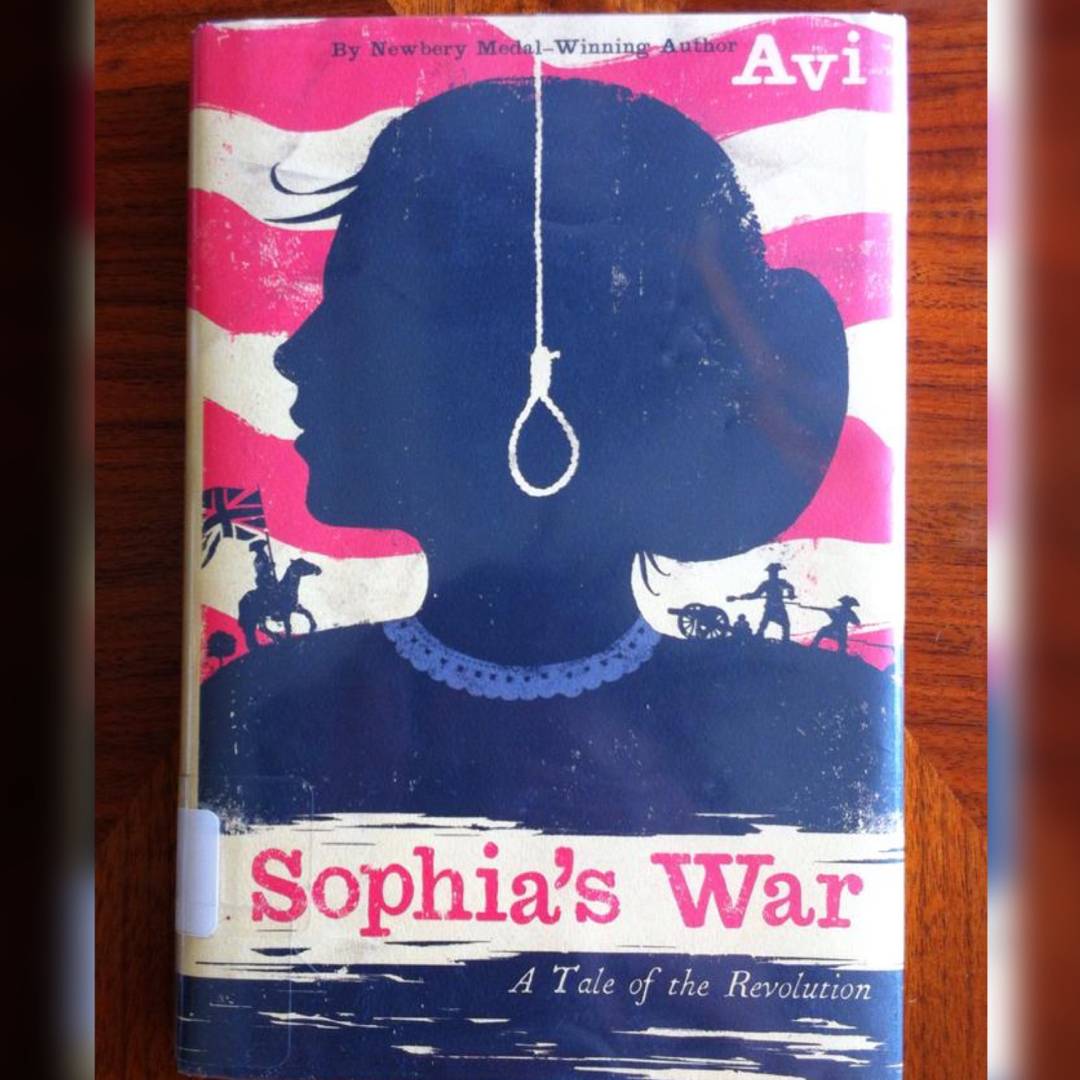 #ReadingResolutions Day 13: Accdg to Fats: “Published 47 yrs before The Fighting Ground, Sophia‘s War chronicles the adventures of young Sophia Calderwood during the American Revolutionary War. Sophia became a #🕵🏽‍♀️ spy in the home of the commander of the British forces. A mysterious gentleman assured Sophia that being a woman shall mask her true occupation.” Fats included a list of other female espionage war stories. https://wp.me/pDlzr-83H

DeannaT96
Sophia's War: A Tale of the Revolution | Avi

This book is about a young girl who becomes an American spy during the American Revolution after losing the brother (who had educated her and explained to her the importance of freedom and the rights every man holds) to the British army. She undergoes many challenges, but the biggest of all comes when she must get an urgent message to the leaders of the American army. A message that, if not received, could lead to the Americans losing the war.