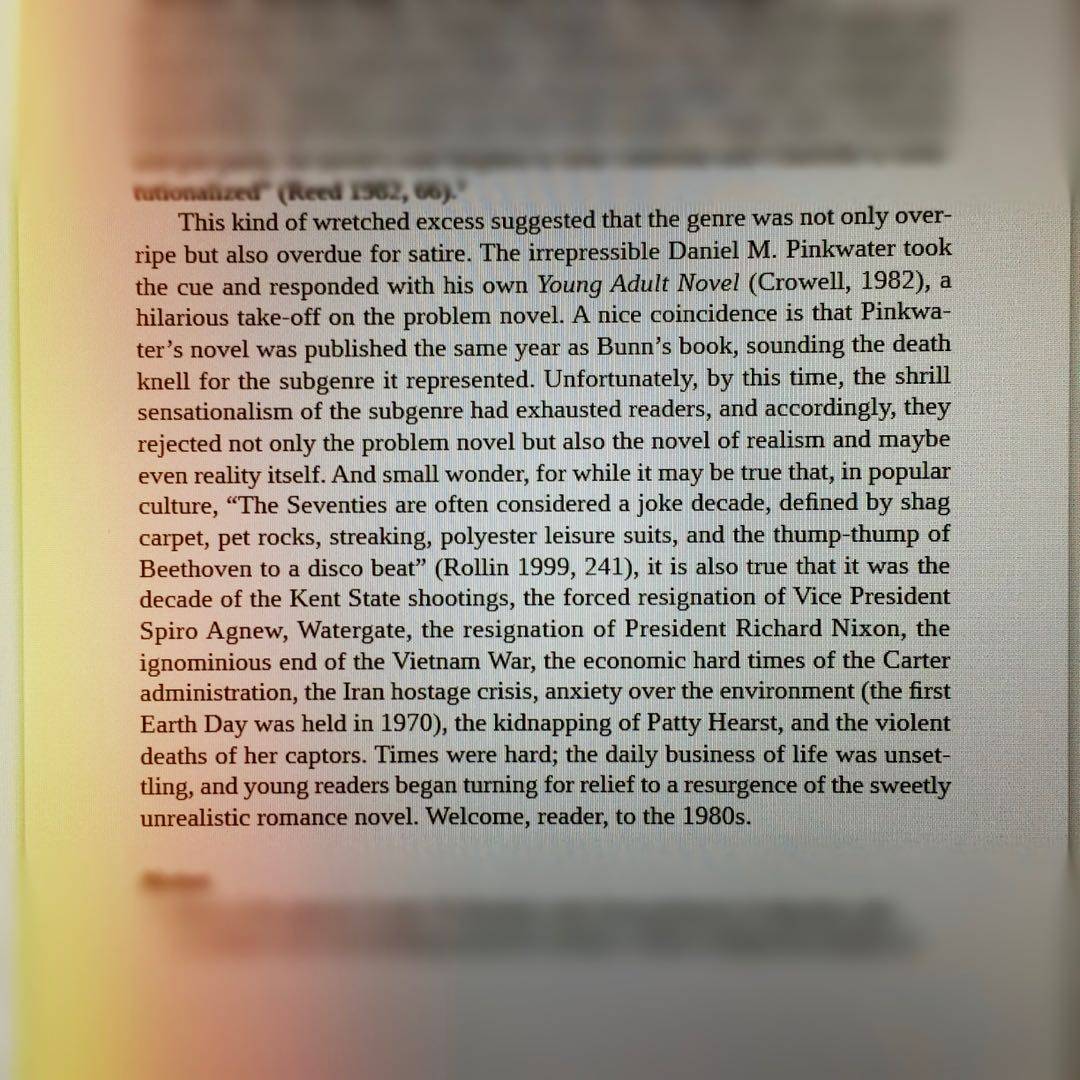 “This kind of wretched excess suggested that the genre was not only overripe but also overdue for satire. The irrepressible Daniel M. Pinkwater took the cue and responded with his own Young Adult Novel (Crowell, 1982), a hilarious take-off on the problem novel. A nice coincidence is that Pinkwater‘s novel was published the same year as Bunn‘s book, sounding the death knell for the subgenre it represented.” 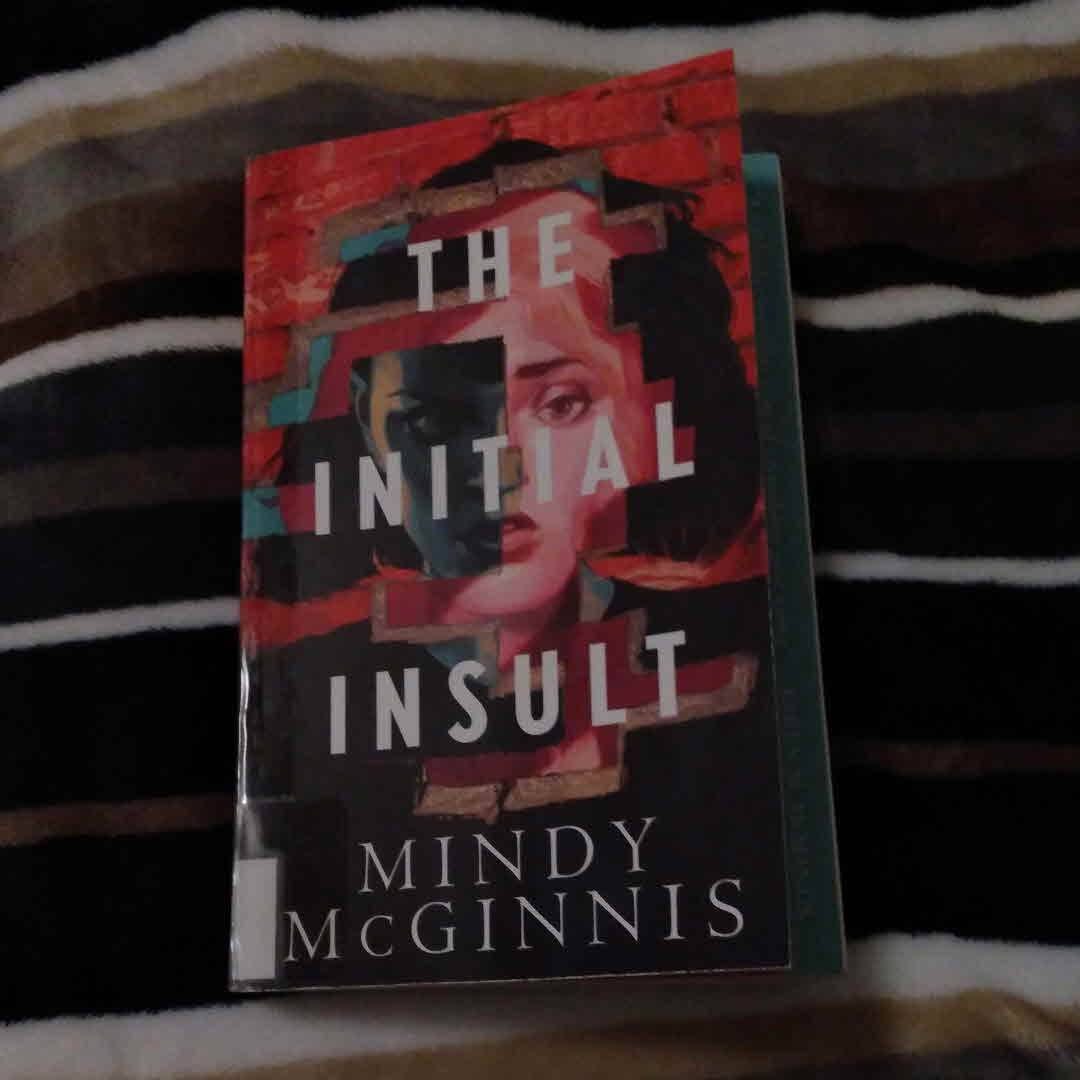 Took me a minute to get into this one, but it was ultimately so good! I really liked seeing all of Tress and Felicity's rocky history, and it felt so realistic that even when they hated each other, there was still a genuine bond underneath. Not sure the panther chapters really added anything to the story, though. #yalit #retellings

Great concept, shaky execution. Some of the phrasing and anachronisms just FEEL like a young person's attempt at sounding historical or poetic to me. But I love Juliette as a character, and I'll probably get to the sequel just for closure! #yalit #historicalfiction #historicalfantasy

Hooked with my 1st @veschwab 🎧

Buckets of BLOOD, will Silver and the rest of Pimms going down ever not SHATTER me? Also, I want more about Ellen and Louisa navigating the war! #yalit #reread #historicalfiction

Friday changed into her nightdress and slipped the silver coin under her pillow. With her heart full of happiness, she slept the most restful, dreamless sleep of her life. She was home. She was loved. And she would do great things.
#Dearest #AletheaKontis #WoodcutterSisters #BooksOfArilland #lastline #closingline #book #books #bookkeeper #bookkeeperlife #bookkeeping #bookloot #booklist #booklist #Fantasy #YoungAdult #FairyTales #Romance 💚💚💚💚💚

I LOVE JULIE BEAUFORT-STUART SO MUCH. 😭😭😭 Oh, what a perfect prequel. Establishes so much of the Julie we know and love from CNV, but also a cracking good mystery. #yalit #historicalfiction

Whoops, forgot to post about this one when I finished! I loved how strongly I could hear Char's voice, but I've never read The Skin I'm In, and I think it hindered me from fully appreciating this story. Char's road to recovery felt realistic and thoughtfully written, tho. #yalit

Another #reread. I just love how richly Lily's world is drawn, and how much she feels for Kath. I fully believe they make it in the long run! #yalit #historicalfiction

8 chapters in 🎧 to @abigailhingwen 's novel before its movie release!
@rossbutler and @nicotheduffer are perfect for their roles!