Murder at the Mission: A Frontier Killing, Its Legacy of Lies, and the Taking of the American West | Blaine Harden
1 post | 1 reading | 1 to read
From New York Times bestselling author of Escape From Camp 14, a riveting and revealing account of one of the most persistent alternative facts in American history: the story of a missionary, a tribe, a massacre, and a myth that shaped the American West In 1836, two missionaries and their wives were among the first Americans to cross the Rockies by covered wagon on what would become the Oregon Trail. Dr. Marcus Whitman and Reverend Henry Spalding were headed to present-day Washington state and Idaho, where they aimed to convert members of the Cayuse and Nez Perce tribes. Both would fail spectacularly as missionaries. But Spalding would succeed as a propagandist, inventing a story that recast his friend as a hero, and helped to fuel the massive westward migration that would eventually lead to the devastation of those they had purportedly set out to save. As Spalding told it, after uncovering a British and Catholic plot to steal the Oregon Territory from the United States, Whitman undertook a heroic solo ride across the country to alert the President. In fact, he had traveled to Washington to save his own job. Soon after his return, Whitman, his wife, and eleven others were massacred by a group of Cayuse. Though they had ample reason - Whitman supported the explosion of white migration that was encroaching on their territory, and seemed to blame for a deadly measles outbreak - the Cayuse were portrayed as murderous savages. Five were executed. This fascinating, impeccably researched narrative traces the ripple effect of these events across the century that followed. While the Cayuse eventually lost the vast majority of their territory, thanks to the efforts of Spalding and others who turned the story to their own purposes, Whitman was celebrated well into the middle of the 20th century for having saved Oregon. Accounts of his heroic exploits appeared in congressional documents, The New York Times, and Life magazine, and became a central founding myth of the Pacific Northwest. Exposing the hucksterism and self-interest at the root of American myth-making, Murder at the Mission reminds us of the cost of American expansion, and of the problems that can arise when history is told only by the victors.

BeckyWithTheGoodBooks
Murder at the Mission: A Frontier Killing, Its Legacy of Lies, and the Taking of the American West | Blaine Harden 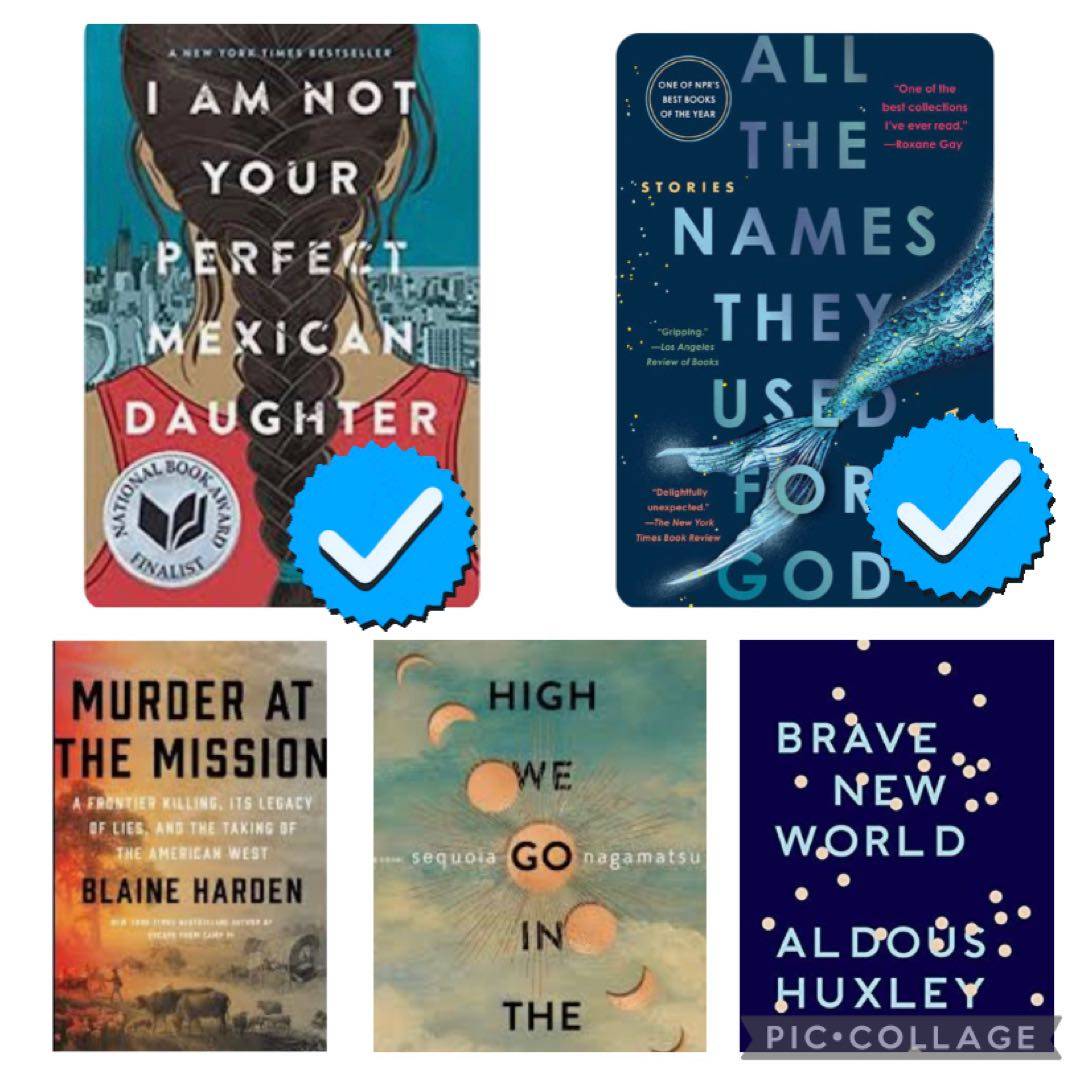 I‘m making decent progress on my reading goals for #JoysofJune! These selections are also part of my #BigJuneReadathon to help me get back on track with my 2022 reading goals. Reviews coming soon! 🤓