The Jazz Revolution: Twenties America and the Meaning of Jazz | Kathy J. Ogren
1 post | 1 read | 2 to read
Born of African rhythms, the spiritual "call and response," and other American musical traditions, jazz was by the 1920s the dominant influence on this country's popular music. Writers of the Harlem Renaissance (Langston Hughes, Claude McKay, Zora Neale Hurston) and the "Lost Generation" (Malcolm Cowley, F. Scott Fitzgerald, and Gertrude Stein), along with many other Americans celebrated it--both as an expression of black culture and as a symbol of rebellion against American society. But an equal number railed against it. Whites were shocked by its raw emotion and sexuality, and blacks considered it "devil's music" and criticized it for casting a negative light on the black community. In this illuminating work, Kathy Ogren places this controversy in the social and cultural context of 1920s America and sheds new light on jazz's impact on the nation as she traces its dissemination from the honky-tonks of New Orleans, New York, and Chicago, to the clubs and cabarets of such places as Kansas City and Los Angeles, and further to the airwaves. Ogren argues that certain characteristics of jazz, notably the participatory nature of the music, its unusual rhythms and emphasis, gave it a special resonance for a society undergoing rapid change. Those who resisted the changes criticized the new music; those who accepted them embraced jazz. In the words of conductor Leopold Stowkowski, "Jazz [had] come to stay because it [was] an expression of the times, of the breathless, energetic, superactive times in which we [were] living, it [was] useless to fight against it." Numerous other factors contributed to the growth of jazz as a popular music during the 1920s. The closing of the Storyville section of New Orleans in 1917 was a signal to many jazz greats to move north and west in search of new homes for their music. Ogren follows them to such places as Chicago, New York, and San Francisco, and, using the musicians' own words as often as possible, tells of their experiences in the clubs and cabarets. Prohibition, ushered in by the Volstead Act of 1919, sent people out in droves to gang-controlled speak-easies, many of which provided jazz entertainment. And the 1920s economic boom, which made music readily available through radio and the phonograph record, created an even larger audience for the new music. But Ogren maintains that jazz itself, through its syncopated beat, improvisation, and blue tonalities, spoke to millions. Based on print media, secondary sources, biographies and autobiographies, and making extensive use of oral histories, The Jazz Revolution offers provocative insights into both early jazz and American culture. 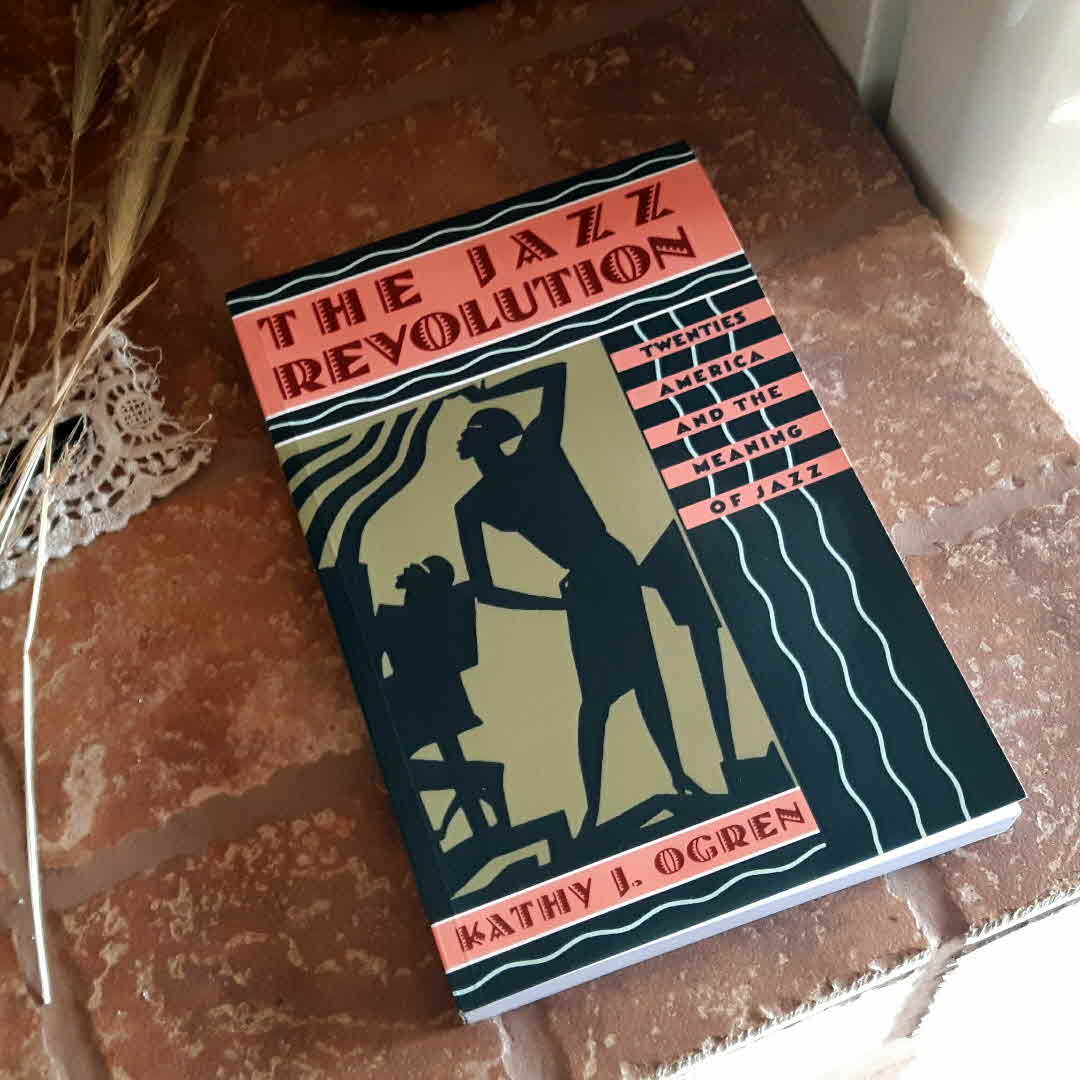 This is another book l read as research for my Roaring Twenties stories and let me tell you, l became fascinated with the social history of jazz, especially jazz of this early time.
No surprise the Jazz Age has the very word in the name, the spirit of jazz- which is unconventional, looking forward, experimentation and not little provocation - were infused on everybody aspect of life in that time.

JazzFeathers I became so fascinated with this subject, that l wrote my own series of blogs, largely based on this book. You can read the entire series here https://theoldshelter.com/z-challenge-theme-reveal-2016/ 5y
45 likes2 stack adds1 comment